Agricultural science is a broad multidisciplinary field of biology that encompasses the parts of exact, natural, economic and social sciences that are used in the practice and understanding of agriculture. (Veterinary science, but not animal science, is often excluded from the definition.)

The three terms are often confused. However, they cover different concepts:

Agricultural sciences include research and development on:

Agricultural biotechnology is a specific area of agricultural science involving the use of scientific tools and techniques, including genetic engineering, molecular markers, molecular diagnostics, vaccines, and tissue culture, to modify living organisms: plants, animals, and microorganisms.[1]

One of the most common yield reducers is because of fertilizer not being applied in slightly higher quantities during transition period, the time it takes the soil to rebuild its aggregates and organic matter. Yields will decrease temporarily because of nitrogen being immobilized in the crop residue, which can take a few months to several years to decompose, depending on the crop's C to N ratio and the local environment

With the exception of theoretical agronomy, research in agronomy, more than in any other field, is strongly related to local areas. It can be considered a science of ecoregions, because it is closely linked to soil properties and climate, which are never exactly the same from one place to another. Many people think an agricultural production system relying on local weather, soil characteristics, and specific crops has to be studied locally. Others feel a need to know and understand production systems in as many areas as possible, and the human dimension of interaction with nature.

Agricultural science began with Gregor Mendel's genetic work, but in modern terms might be better dated from the chemical fertilizer outputs of plant physiological understanding in 18th-century Germany. In the United States, a scientific revolution in agriculture began with the Hatch Act of 1887, which used the term "agricultural science". The Hatch Act was driven by farmers' interest in knowing the constituents of early artificial fertilizer. The Smith-Hughes Act of 1917 shifted agricultural education back to its vocational roots, but the scientific foundation had been built.[2] After 1906, public expenditures on agricultural research in the US exceeded private expenditures for the next 44 years.[3]:xxi

Intensification of agriculture since the 1960s in developed and developing countries, often referred to as the Green Revolution, was closely tied to progress made in selecting and improving crops and animals for high productivity, as well as to developing additional inputs such as artificial fertilizers and phytosanitary products.

As the oldest and largest human intervention in nature, the environmental impact of agriculture in general and more recently intensive agriculture, industrial development, and population growth have raised many questions among agricultural scientists and have led to the development and emergence of new fields. These include technological fields that assume the solution to technological problems lies in better technology, such as integrated pest management, waste treatment technologies, landscape architecture, genomics, and agricultural philosophy fields that include references to food production as something essentially different from non-essential economic 'goods'. In fact, the interaction between these two approaches provide a fertile field for deeper understanding in agricultural science.

New technologies, such as biotechnology and computer science (for data processing and storage), and technological advances have made it possible to develop new research fields, including genetic engineering, agrophysics, improved statistical analysis, and precision farming. Balancing these, as above, are the natural and human sciences of agricultural science that seek to understand the human-nature interactions of traditional agriculture, including interaction of religion and agriculture, and the non-material components of agricultural production systems. 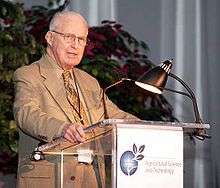 Agriculture sciences seek to feed the world's population while preventing biosafety problems that may affect human health and the environment. This requires promoting good management of natural resources and respect for the environment, and increasingly concern for the psychological wellbeing of all concerned in the food production and consumption system.

Economic, environmental, and social aspects of agriculture sciences are subjects of ongoing debate. Recent crises (such as avian influenza, mad cow disease and issues such as the use of genetically modified organisms) illustrate the complexity and importance of this debate.