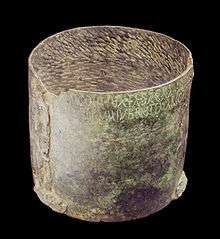 The ancient Roman units of measurement were largely built on the Hellenic system, which in turn was built upon Egyptian and Mesopotamian influences. The Roman units were comparatively consistent and well documented.

The basic unit of Roman linear measurement was the pes or Roman foot. Investigation of its relation to the English (Imperial) foot goes back at least to 1647, when John Greaves published his Discourse on the Romane foot. Greaves visited Rome in 1639, and measured, among other things, the foot measure on the tomb of Titus Statilius Aper, that on the statue of Cossutius formerly in the gardens of Angelo Colocci, the congius of Vespasian previously measured by Villalpandus, a number of brass measuring-rods found in the ruins of Rome, the paving-stones of the Pantheon and many other ancient Roman buildings, and the distance between the milestones on the Appian Way. He concluded that the Cossutian foot was the "true" Roman foot, and reported these values compared to the iron standard of the English foot in the Guildhall in London:[1]

The Roman foot was sub-divided either like the Greek pous into 16 digiti or fingers; or into 12 unciae or inches. Frontinus writes in the 1st century AD that the digitus was used in Campania and most parts of Italy.[4] The principal Roman units of length were:

Other units include the schoenus (from the Greek for "rush rope") used for the distances in Isidore of Charax's Parthian Stations (where it had a value around 5 km or 3 miles)[6][7] and in the name of the Nubian land of Triakontaschoenus between the First and Second Cataracts on the Nile (where it had a value closer to 10.5 km or 6 1⁄2 miles).[8][9]

The ordinary units of measurement of area were:

Other units of area described by Columella in his De Re Rustica include the porca of 180 × 30 Roman feet (about 473 m2 or 5,090 sq ft) used in Hispania Baetica and the Gallic candetum or cadetum of 100 feet in the city or 150 in the country. Columella also gives uncial divisions of the jugerum, tabulated by the anonymous translator of the 1745 Millar edition as follows:

The core volume units are:

The divisions of the libra were:

The subdivisions of the uncia were:

The complicated Roman calendar was replaced by the Julian calendar in 45 BC. In the Julian calendar, an ordinary year is 365 days long, and a leap year is 366 days long. Between 45 BC and AD 1, leap years occurred at irregular intervals. Starting in AD 4, leap years occurred regularly every four years. Year numbers were rarely used; rather, the year was specified by naming the Roman consuls for that year. (As consuls' terms latterly ran from January to December, this eventually caused January, rather than March, to be considered the start of the year.) When a year number was required, the Greek Olympiads were used, or the count of years since the founding of Rome, "ab urbe condita" in 753 BC. In the middle ages, the year numbering was changed to the Anno Domini count.

The calendar used in most of the modern world, the Gregorian calendar, differs from the Julian calendar in that it skips three leap years every four centuries to more closely approximate the length of the tropical year.

The Romans grouped days into an eight-day cycle called a nundina, with every eighth day being a market day.

Independent of the nundinae, astrologers kept a seven-day cycle called a hebdomada where each day corresponded to one of the seven classical planets, with the first day of the week being Saturn-day, followed by Sun-day, Moon-day, Mars-day, Mercury-day, Jupiter-day, and lastly Venus-day. Each astrological day was reckoned to begin at sunrise. The Jews also used a seven-day week, which began Saturday evening. The seventh day of the week they called Sabbath; the other days they numbered rather than named, except for Friday, which could be called either the Parasceve or the sixth day. Each Jewish day was reckoned to begin at sunset. Christians followed the Jewish seven-day week, except that they commonly called the first day of the week the Dominica, or the Lord's day. In 321 Constantine the Great gave his subjects every Sunday off in honor of his family's tutelary deity, the Unconquered Sun, thus cementing the seven-day week into Roman civil society.

Astrologers divided the solar day into 24 equal hours, and these astrological hours became the basis for medieval clocks and our modern 24-hour mean solar day.

Ancient Roman units of measurement were added to the Unicode Standard in April 2008 with the release of version 5.1.

The Unicode block for ancient Roman units of measurement, called Ancient Symbols, is U+10190–U+101CF, i.e. in the upper plane: