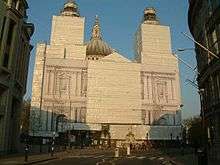 St Paul's Cathedral, London, clad for refurbishment — in this case, cleaning the exterior. 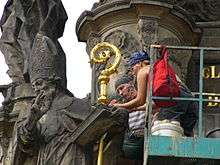 Revision and conservation of Holy Trinity Column in Olomouc (Czech Republic) in 2006.

Architectural conservation describes the process through which the material, historical, and design integrity of humanity's built heritage are prolonged through carefully planned interventions. The individual engaged in this pursuit is known as an architectural conservator-restorer. Decisions of when and how to engage in an intervention are critical to the ultimate conservation-restoration of cultural heritage. Ultimately, the decision is value based: a combination of artistic, contextual, and informational values is normally considered. In some cases, a decision to not intervene may be the most appropriate choice.

Architectural conservation deals with issues of prolonging the life and preserving the integrity of architectural character, such as form and style, and/or its constituent materials, such as stone, brick, glass, metal, and wood. In this sense, the term refers to the "professional use of a combination of science, art, craft, and technology as a preservation tool"[1] and is allied with - and often equated to - its parent fields, of historic environment conservation and art conservation.

In addition to the design and art/science definition described above, architectural conservation also refers to issues of identification, policy, regulation, and advocacy associated with the entirety of the cultural and built environment. This broader scope recognizes that society has mechanisms to identify and value historic cultural resources, create laws to protect these resources, and develop policies and management plans for interpretation, protection, and education. Typically this process operates as a specialized aspect of a society's planning system, and its practitioners are termed built or historic environment conservation professionals.

Architectural conservation is the process by which individuals or groups attempt to protect valued buildings from unwanted change.[2]

History of the architectural conservation movement

As a movement, architectural conservation in general, and the preservation of ancient structures specifically, gained momentum during the 18th and 19th centuries. It was a response to Modernism and its corresponding architectural perspective, which eschewed sentimental attachment to old buildings and structures in favor of technological and architectural progress and change. Prior to this time most of the ancient buildings that were still standing had only survived because they either had significant cultural or religious import, or they had yet to be discovered.[3]

The growth of the architectural conservation movement took place at a time of significant archaeological discovery and scientific advancement. Those educated in the field began to see various examples of architecture as either being "correct" or "incorrect".[3] Because of this, two schools of thought began to emerge within the field of building conservation.

Preservation/Conservation were used interchangeably to refer to the architectural school of thought that either encouraged measures that would protect and maintain buildings in their current state, or would prevent further damage and deterioration to them. This school of thought saw the original design of old buildings as correct in and of themselves. Two of the main proponents of preservation and conservation in the 19th century were art critic John Ruskin and artist William Morris.

Restoration was the conservationist school of thought that believed historic buildings could be improved, and sometimes even completed, using current day materials, design, and techniques. In this way it's very similar to the Modernist architectural theory, except it does not advocate the destruction of ancient structures. One of the most ardent supporters of this school of thought in the 19th century was the French architect Eugène Viollet-le-Duc. Victorian restoration of medieval churches was widespread in England and elsewhere, with results that were deplored at the time by William Morris and are now widely regretted.

The Department of the Interior of the United States defined the following treatment approaches to architectural conservation: 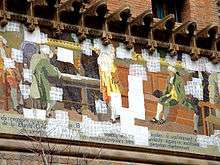 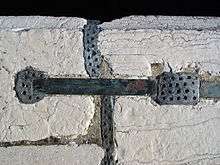 The earliest building materials used by ancient peoples, such as wood and mud, were organic.[5] Organic materials were used because they were plentiful and renewable. Unfortunately, the organic materials used were also very susceptible to the two most significant impediments to preservation and conservation: the elements and life (both human and animal).[5] Over time inorganic materials like brick, stone, metal, concrete, and terra cotta began to be used by ancient people instead of organic ones, due to their durability.[5] In fact, we know that these materials are durable because many ancient structures that are composed of them, even some built as far back as the Bronze Age, like Egypt's Great Pyramids, still stand today.

Ancient buildings such as the Egyptian pyramids, the Roman Colosseum, and the Parthenon face common preservation issues. The most prominent factors affecting these structures are the environment, pollution, and tourism.

As the Earth's climate patterns change, so too do the environmental conditions governing these buildings. For example, the Colosseum has already faced lightning, fire, and earthquakes.[6] The changing climate increases the accumulation of salt crystals on the outside of monuments like the Colosseum and the Parthenon.[7] This phenomenon increases the deterioration of these buildings.

The salt crystals further contribute to the black effect that man-made pollution has on these buildings.[7] The Parthenon is especially exposed and many of the remaining marbles are eroding to the point that they may no longer be identifiable.[8] The pollution from corrosive agents in the air has also attributed to this deterioration.[9]

The third factor affecting ancient building conservation is tourism. While tourism provides both economical and cultural benefits, it can also be destructive. The Egyptian tomb of Seti the 1st is currently off limits to the public due to the deterioration that has been caused by tourists.[10] The pyramids in Giza have also encountered problems due to large numbers of tourists; more tourists mean greater humidity and water presence, which can lead to erosion.[11]

All of the above factors complicate the conservation options available to treat these buildings. 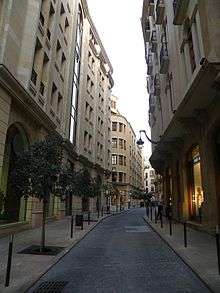 The first step in any building conservation project is a sensitive assessment of its history and merits. As noted architect Donald Insall states, "Every building has its own biography. A knowledge of the whole life of a building brings an essential understanding of its features and its problems.[12] He gives the Parthenon in Athens as an example; built between 447 and 432 BCE to serve as a temple dedicated to the goddess Athena, its purpose over time changed to Christian church, mosque, and powder magazine before it became one of the most famous tourist attractions in the world.

Once the assessment is complete, the next step is a thorough measured survey with a tape, rod and level. Modern measuring techniques, such as photogrammetry (the use of aerial photographs to make maps and surveys) and stereophotogrammetry, are also used today to increase accuracy. Once the measurements are complete, there is an analysis of the structural stability of the building and its living pattern of movement. No building is permanently still; soil and wind can affect building stability and need to be documented. Finally, the architect or surveyor tests the electrical connections, plumbing, and other utilities present in the building (this is more for historic and re-purposed buildings). For both ancient and historic buildings, lightning conductors and fire-fighting equipment are checked to make sure they can provide sufficient protection.[13]

At the end of this assessment process, the conservator will analyze all the collected data and decide on a conservation plan based on available funding sources..

The phrase covers a wide span of activities, from the cleaning of the interior or exterior of a building — such as is currently underway at St Paul's Cathedral in London — to the rebuilding of damaged or derelict buildings, such as the restoration of the Windsor Great Hall in Windsor Castle after a destructive fire in 1992. The 1985–1989 removal of 38 layers of paint and the cleaning and repair of the exterior sandstone walls of the White House in the United States are an example of building restoration.[14]

Buildings are structures which have, from time to time, particular purposes. They require ongoing maintenance to prevent them falling into disrepair as a result of the ravages of time and use. Building restoration can be thought of as that set of activities which are greater than year-to-year maintenance, but which by retaining the building are less than a demolition and the construction of a new building.

Not all building conservation seeks to follow the original design of the building. It is reasonably commonplace for the shell of a building — its external walls — to be retained whilst an entirely new building is constructed within. This approach is also referred to as adaptive reuse.

Although techniques of architectural conservation are improving, the action of cleaning or repairing buildings can, with hindsight, be seen to cause problems that at the time were unforeseen. A good example is the unrestrained use of sandblasting to clean smog deposits from soft-stoned buildings — a technique employed in the UK in the 1960s and 1970s — which has damaged the external faces of stonework to the extent that in some cases, later, the stonework has needed to be replaced. Contemporary building codes recognize such problems, and (it is to be hoped) mitigate poor outcomes.

Most ancient buildings are constructed of stone and have survived from antiquity as a result of the stability of this building material. However, stone can deteriorate rapidly without protection, particularly in our modern era of pollution and climate change.

There are many organizations that work to raise public awareness of the necessity to preserve ancient and historic buildings and areas, across communities, users and government. In addition to promoting the cultural value of these buildings, and encouraging appropriate polices and strategies for conservation, the organizations can help in raising the required funding to implement conservation initiatives and plans, and often serve as a link between the community and local/federal governments to advance conservation projects. A brief list of architectural conservation organizations is below: