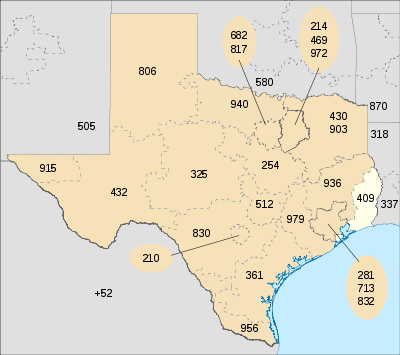 North American area code 409 is a state of Texas telephone area code for numbers in the Beaumont and Galveston areas. It was created March 19, 1983, in a split from area code 713, the first since 619 split off from 714 4 months before. Initially it consisted of a horseshoe that almost completely surrounded Houston, but in 2000 it was divided into three sections. The 409 area code was retained by the eastern segment, while the central portion became area code 936 and the western portion became area code 979.