Arrondissements of Belgium are subdivisions below the provinces of Belgium. There are administrative, judicial and electoral arrondissements. These may or may not relate to identical geographical areas.

Belgium, a federalized state, geographically consists of 3 regions, of which only the Flemish Region and the Walloon Region are subdivided into five provinces each; the Brussels-Capital Region is neither a province nor is it part of one. 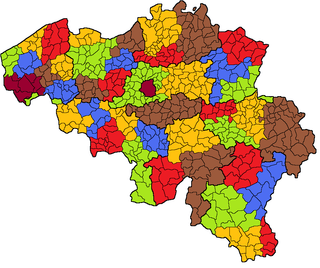 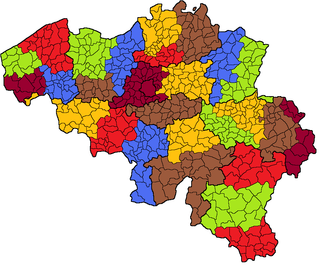