Charles Franklin Brannan (August 23, 1903 – July 2, 1992) was the United States Secretary of Agriculture from 1948 to 1953. He was a liberal Democrat best known for proposing the "Brannan Plan", which was rejected by a conservative Congress and never took effect.

Brannan was born in Denver, Colorado, on August 23, 1903. He came from a Quaker family; his father was an engineer. He received his law degree from the University of Denver law school in 1929. In 1932, Brannan married Eda V. Seltzer. He practiced law in Denver, specializing in agricultural, mining, and irrigation issues. He was an ardent Democrat and supporter of the New Deal.

He began as a lawyer in the Resettlement Administration, where he relocated destitute tenant farmers hurt by the "dust bowl." In 1937 he became a regional attorney for the Department of Agriculture. In 1941 he moved to the Farm Security Administration, where he arranged loans for water facilities and needy farmers in the Mountain states. In 1944, he became assistant secretary of agriculture under Secretary Clinton Anderson, who put him in charge of long-range planning. When Anderson resigned in 1948, he recommended Brannan as did the president of the liberal Farmers Union.

In 1949, he advocated the Brannan Plan, as part of President Truman's Fair Deal program. Brannan wanted to guarantee farmers income, while letting free market forces determine the prices of commodities. That plan was not enacted by the Republican controlled congress, which was focusing on the Cold War.

Following the election of Dwight D. Eisenhower in 1953, Brannan left the government and became the general counsel for the National Farmers Union, a position in which he served until 1990. Brannan died on July 2, 1992, at age 88, in Denver. Brannan was the last surviving member of the Truman Cabinet. 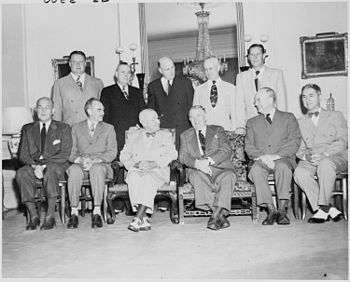