This article is about the history of the dollar. For symbol "$", see Dollar sign. For the Slovenian philosopher, see Mladen Dolar. For the municipality in Spain, see Dólar.
For other uses, see Dollar (disambiguation).

Dollar (often represented by the dollar sign $) is the name of more than twenty currencies, including (ordered by population) those of the United States, Canada, Australia, Taiwan, Hong Kong, Singapore, New Zealand, Liberia, Jamaica and Namibia. The U.S. dollar is the official currency of East Timor, Ecuador, El Salvador, Federated States of Micronesia, Marshall Islands, Palau, the Caribbean Netherlands, and for banknotes, Panama. Generally, one dollar is divided into one hundred cents. 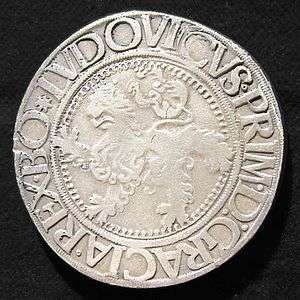 FIRST THALER – 1525 Joachimsthaler of the Czech Kingdom was the first thaler (dollar). This is its reverse side, with the Bohemian Lion and the name of Ludovicus, the Czech king (Louis II)

A later Dutch coin depicting also a lion was called the leeuwendaler or leeuwendaalder, literally 'lion daler'. The Dutch Republic produced these coins to accommodate its booming international trade. The leeuwendaler circulated throughout the Middle East and was imitated in several German and Italian cities. This coin was also popular in the Dutch East Indies and in the Dutch New Netherland Colony (New York). It was in circulation throughout the Thirteen Colonies during the 17th and early 18th centuries and was popularly known as "lion (or lyon) dollar".[2][3] The currencies of Romania and Bulgaria are, to this day, 'lion' (leu/leva). The modern American-English pronunciation of dollar is still remarkably close to the 17th century Dutch pronunciation of daler.[4] Some well-worn examples circulating in the Colonies were known as "dog dollars".[5]

Spanish pesos – having the same weight and shape – came to be known as Spanish dollars.[4][6] By the mid-18th century, the lion dollar had been replaced by Spanish dollar, the famous "pieces of eight", which were distributed widely in the Spanish colonies in the New World and in the Philippines.[6][7][8][9][10]

The sign is first attested in business correspondence in the 1770s as a scribal abbreviation "ps", referring to the Spanish American peso,[11][12] that is, the "Spanish dollar" as it was known in British North America. These late eighteenth- and early nineteenth-century manuscripts show that the s gradually came to be written over the p developing a close equivalent to the "$" mark, and this new symbol was retained to refer to the American dollar as well, once this currency was adopted in 1785 by the United States.[13][14][15][16][17]

Adoption by the United States

By the time of the American Revolution, Spanish dollars gained significance because they backed paper money authorized by the individual colonies and the Continental Congress.[7] Common in the Thirteen Colonies, Spanish dollars were even legal tender in one colony, Virginia.

On April 2, 1792, U.S. Secretary of the Treasury Alexander Hamilton reported to Congress the precise amount of silver found in Spanish dollar coins in common use in the states. As a result, the United States dollar was defined[18] as a unit of pure silver weighing 371 4/16th grains (24.057 grams), or 416 grains of standard silver (standard silver being defined as 1,485 parts fine silver to 179 parts alloy).[19] It was specified that the "money of account" of the United States should be expressed in those same "dollars" or parts thereof. Additionally, all lesser-denomination coins were defined as percentages of the dollar coin, such that a half-dollar was to contain half as much silver as a dollar, quarter-dollars would contain one-fourth as much, and so on.

In an act passed in January 1837, the dollar's alloy (amount of non-silver metal present) was set at 15%. Subsequent coins would contain the same amount of pure silver as previously, but were reduced in overall weight (to 412.25 grains). On February 21, 1853, the quantity of silver in the lesser coins was reduced, with the effect that their denominations no longer represented their silver content relative to dollar coins.

Various acts have subsequently been passed affecting the amount and type of metal in U.S. coins, so that today there is no legal definition of the term "dollar" to be found in U.S. statute.[20][21][22] Currently the closest thing to a definition is found in United States Code Title 31, Section 5116, paragraph b, subsection 2: "The Secretary [of the Treasury] shall sell silver under conditions the Secretary considers appropriate for at least $1.292929292 a fine troy ounce." However, the dollar's constitutional meaning has remained unchanged through the years (see, United States Constitution).

Silver was mostly removed from U.S. coinage by 1965 and the dollar became a free-floating fiat currency without a commodity backing defined in terms of real gold or silver. The US Mint continues to make silver $1-denomination coins, but these are not intended for general circulation.

Usage in the United Kingdom

There are many quotes in the plays of William Shakespeare referring to dollars as money. Coins known as "thistle dollars" were in use in Scotland during the 16th and 17th centuries,[23] and use of the English word, and perhaps even the use of the coin, may have begun at the University of St Andrews. This might be supported by a reference to the sum of "ten thousand dollars" in Macbeth (act I, scene II) (an anachronism because the real Macbeth, upon whom the play was based, lived in the 11th century).

In 1804, a British five-shilling piece, or crown, was sometimes called "dollar". It was an overstruck Spanish eight real coin (the famous "piece of eight"), the original of which was known as a Spanish dollar. Large numbers of these eight-real coins were captured during the Napoleonic Wars, hence their re-use by the Bank of England. They remained in use until 1811. During World War II, when the U.S. dollar was (approximately) valued at five shillings, the half crown (2s 6d) became nicknamed a "half dollar" by U.S. personnel in the UK.

Chinese demand for silver in the 19th and early 20th centuries led several countries, notably the United Kingdom, United States and Japan, to mint trade dollars, which were often of slightly different weights from comparable domestic coinage. Silver dollars reaching China (whether Spanish, trade, or other) were often stamped with Chinese characters known as "chop marks", which indicated that that particular coin had been assayed by a well-known merchant and deemed genuine. 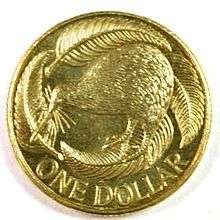 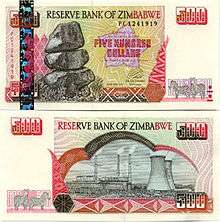 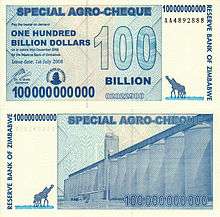 Prior to 1873, the silver dollar circulated in many parts of the world, with a value in relation to the British gold sovereign of roughly $1 = 4s 2d (21p approx). As a result of the decision of the German Empire to stop minting silver thaler coins in 1871, in the wake of the Franco-Prussian War, the worldwide price of silver began to fall.[24] This resulted in the U.S. Coinage Act (1873) which put the United States onto a 'de facto' gold standard. Canada and Newfoundland were already on the gold standard, and the result was that the value of the dollar in North America increased in relation to silver dollars being used elsewhere, particularly Latin America and the Far East. By 1900, value of silver dollars had fallen to 50 percent of gold dollars. Following the abandonment of the gold standard by Canada in 1931, the Canadian dollar began to drift away from parity with the U.S. dollar. It returned to parity a few times, but since the end of the Bretton Woods system of fixed exchange rates that was agreed to in 1944, the Canadian dollar has been floating against the U.S. dollar. The silver dollars of Latin America and South East Asia began to diverge from each other as well during the course of the 20th century. The Straits dollar adopted a gold exchange standard in 1906 after it had been forced to rise in value against other silver dollars in the region. Hence, by 1935, when China and Hong Kong came off the silver standard, the Straits dollar was worth 2s 4d (11.5p approx) sterling, whereas the Hong Kong dollar was worth only 1s 3d sterling (6p approx).

Economies that use a dollar

Other territories that use a dollar

Countries and regions that have previously used the dollar