Bengal was a directorate of the Dutch East India Company in Bengal between 1610 until the company's liquidation in 1800. It then became a colony of the Kingdom of the Netherlands until 1825, when it was relinquished to the British according to the Anglo-Dutch Treaty of 1824. Dutch presence in the region started by the establishment of a trading post at Pipili in the mouth of Subarnarekha river in Odisha. The former colony is part of what is today called Dutch India.[1] 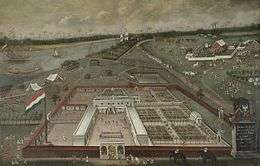 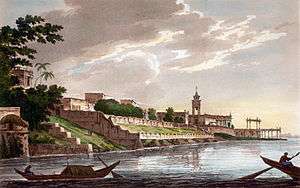 From 1615 onwards, the Dutch East India Company traded with Bengals. In 1627, a trading post was established in Pipely. In 1635 a settlement was established at Chinsurah adjacent to Hooghly to trade in opium, salt, muslin and spices. They built a fort called Fort Gustavius, a church and several other buildings. A famous Frenchman, General Perron who served as military advisor to the Mahrattas, settled in this Dutch colony and built a large house here.

Dutch control over Bengal was waning in the face of Anglo-French rivalry in India in the middle of the eighteenth century, and their status in Bengal was reduced to that of a minor power with the British victory in the Battle of Plassey in 1757.

Dutch Bengal was occupied by British forces in 1795, owing to the Kew Letters written by Dutch stadtholder William V, Prince of Orange, to prevent the colony from being occupied by France. The Anglo-Dutch Treaty of 1814 restored the colony to Dutch rule, but with the desire to divide the Indies into two separate spheres of influence, the Dutch ceded all their establishment on the Indian peninsula to the British with the Anglo-Dutch Treaty of 1824.

Fort Gustavius has since been obliterated from the face of Chinsurah and the church collapsed recently due to disuse, but much of the Dutch heritage remains. These include old barracks now Chinsurah Court, the Governor's residence, General Perron's house, now the Chinsurah College known as Hooghly Mohsin College and the old Factory Building, now the office of the Divisional Commissioner. Hugli-Chinsurah is now the district town of the Hooghly district in modern West Bengal. 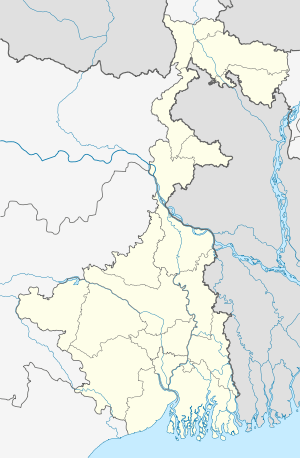 Balasore
Map of the main trading posts of Dutch Bengal (note: Patna and Dhaka slightly out of position).

Dutch settlements in Bengal include: