Balasore or Baleshwar is a city in the state of Odisha, about 194 kilometres (121 mi) north of the State capital Bhubaneswar, in eastern India. It is the administrative headquarters of Balasore district. It is best known for Chandipur beach. It is also the site of the Indian Ballistic Missile Defense Program's Integrated Test Range, located 18 km. south of Balasore. The Defence Research and Development Organisation developed many different missiles such as Nag, Brahmos, Agni Missile among others here.This is where famous freedom fighter Jatindranath Mukherjee also known as Bagha Jatin got injured and died fighting the British. The spoken language in Balasore is Odia.

Baleshwar district was part of the ancient Kalinga kingdom which later became a territory of Koshala or Utkal, till the death of Mukunda Dev. It was annexed by the Mughal Empire in 1568 and remained as a part of their suzerainty up until 1700s. The British East India Company (EIC) established a factory at Balasore in 1633. As Calcutta rose in importance, Balasore became the center for river pilot services for vessels seeking to ascend the Hooghli River.

Balasore as a separate district was created in October 1828 while it was in the Bengal Presidency. On 7 November 1845, all of Danish India was sold to the British, who made it part of British India. With the creation of Bihar Province, Odisha was diverted along with Balasore district from Bengal to Bihar. But with the creation of Odisha as a separate State on 1 April 1936 Balasore became an integral part of Odisha State. The national movement of independence surged ahead with the visit of Mahatma Gandhi in 1921. Similarly Praja Andolan was initiated against the ruler of Nilagiri State. The state of Nilagiri merged with state of Odisha in January 1948 and became a part of Balasore district. On 3 April 1993 Bhadrak sub-division became a separate district and from this day Balasore remains a district of Odisha with two Sub-divisions namely Balasore and Nilagiri having eight Tahasils, namely Balasore, Soro, Simulia, Nilagiri, Jaleswar, Basta, Baliapal and Remuna and 12 blocks namely Bhograi, Jaleswar, Baliapal, Basta, Balasore, Remuna, Nilagiri, Oupada, KHAIRA, Soro and Bahanaga. The name of the district is being derived from the name of the town.

Balasore is a town in the North of Odisha, which is a state in South Eastern India. The city has West Bengal in the north, and the Bay of Bengal to the East. Balasore is located at 21°30`N, 86°56`E. Balasore has an area of 3076 km2. Balasore, the coastal district of Odisha is crisscrossed with perennial and estuarine rivers because of its proximity to the sea. Two important rivers of Odisha, Budhabalanga and Subarnarekha, pass through this district from west to east before flowing into the Bay of Bengal. There is widespread irrigation in Balasore district. 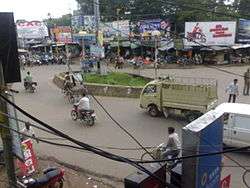 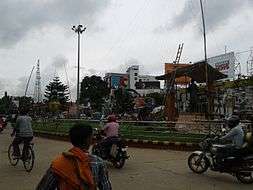 Others include Buddhists,Jains and Sikhs

Balasore is a place of scenic beauty and a major tourist attraction, also because of its historical monuments, such as various temples in the area. There are a few hill ranges in the region too. It is 207 km north-east of Bhubaneswar by road.

Balasore has been in use from 1989, but unlike Sriharikota, it is not used for launching satellites. The rocket launching site at Balasore is situated in a place named Chandipur. Chandipur is located on the Bay of Bengal. The Integrated Test Range in Chandipur, Balasore is responsible for carrying out tests for various missiles such as Agni, Prithvi, Trishul, etc. It is a great place to visit.

Balasore is the main town in the District of Balasore. The primary occupation of people in the district of Balasore is agriculture. Balasore district is mostly known for the cultivation of paddy, since rice is the staple cereal of the local people. The district has four major revenue sources – industries, agriculture, fishing and tourism. Many small and large scale industries are located both within the city limits as well as the outskirts. Balasore Alloys Limited, Emami Paper Mills, Oriplast, and Birla Tyres are some of the major industries based in Balasore. The main markets of Balasore are Nua Bazar, Motiganj, FM Square, Vivekanand Marg, Station Square, ITI Chakh, Kachehri Road, Town Hall and Nua Shahi. 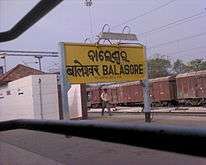 Balasore railway station is an important station on the Howrah-Chennai main line of the South Eastern Railway. The distance to Kolkata is approximately 232 km, while the distance to Bhubaneswar is about 206 km. A branch line to Baripada starts from Rupsa, near Balasore. Balasore is connected to all parts of India through trains. 58029/Balasore - Bhadrak Passenger (UnReserved) origine from here.

National Highway 5 and National Highway 60 pass through the city. A part of the Golden Quadrilateral project, this highway runs from Chennai to Kolkata. Intra-city transport comprises cycle rickshaws and auto rickshaws. City buses ply in two routes in the city to join the different parts of the city. The bus terminus is at Sahadev Khunta and thousands of private buses ply to hundreds of destinations everyday. 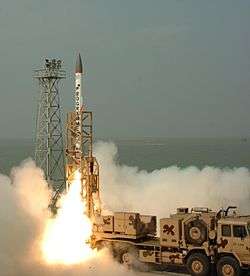 Chandipur-on-sea is a seaside resort famous for its mile long beach. It is a unique beach – the tide comes to the shore only four times a day, at fixed intervals. At a distance of 30 km south-west is Panchalingeshwar, a temple and scenic spot high on a mountain. The presiding deity there, Shiva, cannot be seen. One has to touch and feel the statue as it is behind (submerged under) a waterfall. About 33 km south-west of Balasore, there is a town by name 'Santaragadia' that has a 'Biseswar temple' situated on a hill. The town is surrounded by hills on all sides. Nearby is 'Khulia' village, a settlement of aboriginals. Around 30 km south-east of Balasore is a port named 'Dhamra'. 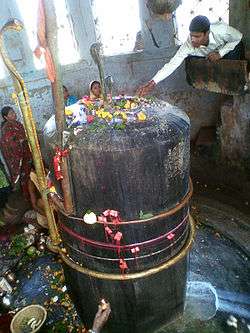 Khirachora Gopinatha Temple, situated at Remuna, approximately 7 km from the main town of Balasore, was built by King Langula Narasimha Dev, who also built the famous temple at Konark. Khirochora Gopinath Temple is notable for its mythological story about how it was built there. The prashad of Krishna – the khira – is very famous. The Biranchinarayan Temple, Palia, "AstaDurga", "Bhudhar Chandi" are some other temples located in the region.

Jagannatha Temple ,Remuna is a newly built temple in the area ,the architecture of which is influenced by the famous Jagannatha Temple of Puri.It is the recent favourite tourist spot concerning the region.

There is a Jagannatha Temple in Nilagiri[3] which is one of the prominent Jagannatha temples of Odisha. Lord Jagannath, Balabhadra and Subhadra are worshipped here. Every year, Ratha Yatra is performed with all the deities. 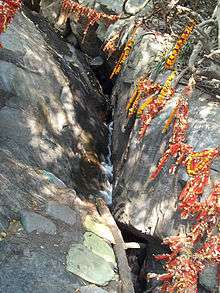 Bhujakhia Pir, situated at sunhat at the heart of the city is the tomb of Sufi saint Aasthana Sharif Hazrat Pir named as Bhujakhia Pir.The most interesting thing that both muslim and hindu jointly worship pir baba

Balasore culture is a blend of traditional festivals, food, and music . The city offers a cosmopolitan and diverse lifestyle with a variety of food, entertainment, available in a form and abundance comparable to that in other cities. Balasore residents celebrate both Western and Indian festivals. Diwali, Holi, Eid, Christmas, Navratri, Good Friday, Dussera, Moharram, Ganesh Chaturthi, Durga Puja, Rajaa and Maha Shivratri are some of the popular festivals in the city. The akhada Arts Festival during durga puja is a unique culture of balasore.

Balasore is the education hub of Northern Odisha with many Engineering Schools and the famous Fakir Mohan University, named after the renowned novelist Fakir Mohan Senapati, who hails from this town of Odisha. 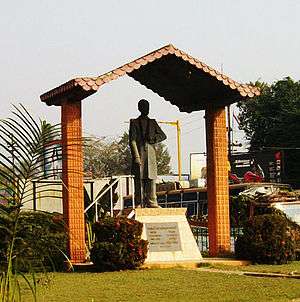 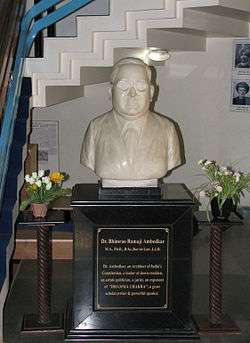 Cricket is the most popular sport in the city. Due to a shortage of grounds, various modified versions are played everywhere. The city is also represented by the Balasore Baghas in the Odisha Premier League. Apart from cricket, people here loved the game of football,volleyball & other sports.

Balasore has several cinemas playing films in Oriya, Hindi, and English languages. Some of the well-known theatres are Balasore Talkies, MoviEx, Oden, etc.

Sand park at Gandhi smruti Bhawan and Baghajatin park at Phuladi is quite a large and nice park for spending your afternoons and evenings. It is also a popular destination for a mini-picnic.

Nursing homes and Hospitals in Balasore

Industrial and infrastructural development has boosted the healthcare market in Balasore and attracted healthcare corporate houses to set up base in the city. Balasore government hospital was the city's first hospital. The other healthcare facilities of repute are Jyoti Hospital, Kaushalaya Memorial Hospital, Durga Nursing Home, etc.

Current MLA from Balasore Assembly Constituency is Jeeban Pradeep Dash of BJD, who won the seat in State elections in 2009. He had won this seat earlier as a BJP candidate in 2000. Other previous MLAs from this seat were Arun Dey (NCP) who won this seat in 2004, Gopa Narayan Das of INC in 1985, and Kartik Chandra Rout of JNP in 1977.[5] Balasore is part of Balasore (Lok Sabha constituency).[6]

Panchalingeswara Temple
This article is issued from Wikipedia - version of the 11/25/2016. The text is available under the Creative Commons Attribution/Share Alike but additional terms may apply for the media files.