Not to be confused with Europort.

Eurosport is a pan-European television sports network, owned and operated by Discovery Communications. Discovery took a 20% minority interest share in December 2012,[1] and became the majority shareholder in the Eurosport venture with TF1 in January 2014, taking a 51% share of the company.[2] On 22 July 2015 Discovery agreed to acquire TF1's remaining 49% stake in the venture.[3]

Eurosport owns a wide range of rights across many sports but generally does not bid for premium priced rights such as those to major football leagues. However, in 2015 it was awarded rights to broadcast the Olympic Games from 2018 for most of Europe and 2022 for the UK and France in a deal worth €1.3 billion (£922 million).[4] It transmits much of the same footage across many markets, using unseen commentators rather than on-screen presenters so that the same visual feed may be broadcast in multiple languages while holding down production costs.

Eurosport has also expanded its deal with The All England Club to show all the Wimbledon matches live in 16 additional countries. It is a 3-year deal that includes exclusive TV and digital rights. This expands their tennis portfolio to show all four Grand Slams.[5]

The network of channels is available in 54 countries, in 20 different languages, providing viewers with European and international sporting events. Eurosport first launched on European satellites on 5 February 1989. 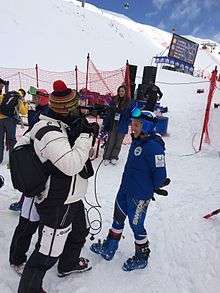 Other sports events include the Paris Dakar Rally, Monte Carlo Rally, athletics events such as World Athletics Championships and the European Athletics Championships, cycling events such as the Tour de France, Giro d'Italia (except France) and the Vuelta a España, boxing events such as Premier Boxing Champions, tennis events including the French Open, Australian Open, Wimbledon (only for select territories), the US Open and the International Premier Tennis League (except Italy, UK and Ireland), World Championship Snooker, ICC World Twenty20, ICC Cricket World Cup, ICC Champions Trophy, Sudirman Cup, All England Open Badminton Championships, Australian Football League, basketball events such as Eurocup, Euroleague (only for Greece) and Olympiakos Piraeus home matches in the Greek Basket League (only for Poland), PGA Tour (only for the Italian Peninsula), winter sports, and youth sports like skating and surfing.

In June 2015 it was announced that Eurosport had secured the pan-European rights (except Russia) to the winter and summer Olympic Games between 2018 and 2024.[6]

Eurosport Events was also the promoter of the Intercontinental Rally Challenge, a rival rallying series to the World Rally Championship. The IRC ceased at the end of the 2012 season, with Eurosport taking over series promotion of the ERC from 2013.

Since 2008, the Eurosport Group has also been broadcasting the annual 24 Hours of Le Mans in full.

Eurosport airs MotoGP and Superbike World Championship in France and Germany, Formula Truck and the FIA European Truck Racing Championship in all of Europe and has Spanish broadcasting rights for NASCAR.

On 29 September 2015, Eurosport acquired the Portuguese broadcasting rights for Formula One between 2016 and 2018.[7]

Eurosport broadcasts different sporting events in each region. Region-specific events are noted in the table below with a flag indicating the country it is broadcast in. If no flag is present, the broadcast is multi territory.

Prior to the creation of Eurosport, the European Broadcasting Union was acquiring substantial amounts of sports rights, yet its members were only able to broadcast a fraction of them. This provided the impetus for setting up the Eurosport Consortium, made up of several EBU members, to establish an outlet where these rights could be exploited. Sky Television plc was chosen as a commercial partner, and the channel could launch on 5 February 1989.

Eurosport was closed down in May 1991 after the competing Screensport channel had filed a complaint to the European Commission over the corporate structure. The channel was however saved when the TF1 Group (formed after the French government privatised TF1 5 years prior to this) stepped in to replace BSkyB as joint-owners. A new Eurosport channel was able to start its broadcasts the same month.

In May 2007, Yahoo! Europe and Eurosport formed a co-branded website which Eurosport used as its web portal, including an online TV guide, in the UK, Ireland, Spain, Italy and Germany.[9]

In 2008, Eurosport launched an online subscription service, Eurosport Player, that allows Internet users to watch both Eurosport and Eurosport 2 live, plus additional coverage not available via broadcast. During the 2009 Australian Open, the Internet player offered coverage from five courts.

Logo used from 2011 to 2015, part of a rebrand undertaken by Les Télécréateurs.

On 5 April 2011 Eurosport rebranded its channel. The rebrand incorporated six new on-air idents along with a new logo and presentation style both on-air and off-air.[10][11] The new on-air identity has been designed by Paris-based design company Les Télécréateurs.[8] All localised Eurosport channels and the Eurosport website embraced the new identity.[11]

Eurosport, having been one of the first channels to broadcast on the Astra 1 group of satellites, was the last satellite channel in Europe to broadcast in an analogue format. On 30 April 2012, shortly after 03:00 CET, the rest of the remaining analogue channels at 19.2 East ceased transmission. Eurosport's analogue channel finally ceased transmission on 1 May 2012 at 01:30 CET, marking the end of an era in European satellite broadcasting.

On 13 November 2015, Eurosport introduced its new brand identity and changed the name of its main channel to Eurosport 1.[12]

In Asia-Pacific territories, Eurosport offers a specific channel to this region. Eurosport (Asia-Pacific) launched on 15 November 2009.[13] The service is available in Australia through Foxtel, Optus and TransACT. On 3 November 2014, a HD simulcast launched on Foxtel.[14]

This is the main channel of Eurosport. A high-definition simulcast version of Eurosport launched on 25 May 2008. The first event covered in HD being the 2008 French Open at Roland Garros. On 13 November 2015 it changed its name to Eurosport 1 HD

Eurosport 2 HD, a high-definition version of the channel, is also available.

Eurosport 2 will be also launched in Asia Pacific in the foreseeable future.

A sports news channel launched on 1 September 2000, featuring live scores, highlights, breaking news and commentary. The service combines video, text and graphics with the screen being divided into 4 sections - a video section that displays highlights and news bulletins, a breaking news ticker at the bottom and a scoring section that gives in-depth analysis of results and game stats.

In the UK, British Eurosport launched in 1999, replacing Eurosport International on most platforms with some schedule variations and local commentary. The launch of British Eurosport and creation of programming specifically for the UK was initially funded by Premium TV, which did not have a stake in the sports channel, but received a share of the revenue.[15] British Eurosport had live studio presentations of major sporting events and tournaments.

Will Vanders is known for his spirited coverage of K-1 events, and greets the viewer in Japanese, Korean, Chinese, and Thai to introduce the martial arts show, Fight Club, on Monday nights.

British Eurosport covers the snooker season including ranking events not broadcast by BBC Television including the Shanghai Masters and China Open. Mike Hallett and former world champion Joe Johnson are among the commentators.

Tour de France coverage in 2014 was commentated on by Carlton Kirby (following the departure of David Harmon) with veteran cyclist Sean Kelly as the technical expert. The duo continued to commentate in 2015 and an additional pre and post programme was broadcast, "Lemond on Tour". This was presented by Ashley House with comment and analysis from Eurosport Cycling Ambassador Greg LeMond. Additional interviews were provided by Spanish cycling journalist Laura Meseguer and former pro racing cyclist Juan Antonio Flecha.

David Goldstrom has commentated on ski jumping and ski flying events since the 1990s.

On 10 February 2009, British Eurosport started to broadcast most of its programming in the 16:9 'widescreen' ratio. After the collapse of Setanta Sports, rights for the 2009 season in the USPGA Golf tour reverted to British Eurosport.

In April 2010, Eurosport 3D launched but is only broadcast during a select number of events, such as the French Open and 2012 Summer Olympics.[18][19]

Being an international channel, Eurosport's performance differs significantly between different countries. The figures below show the channel's share of overall viewing in some countries.