For other uses, see Gokul (disambiguation).

Gokul is a municipality (or nagar panchayat) in the Mathura district of the Indian state of Uttar Pradesh. It is located 15 km south-east of Mathura. Hindus believe that Lord Krishna spent his childhood in Gokula. Krishna dances over the subdued Kaliya Naag in river Yamuna, while seen on the banks are people of Gokula, Krishna's father Nanda Baba and his brother Balarama 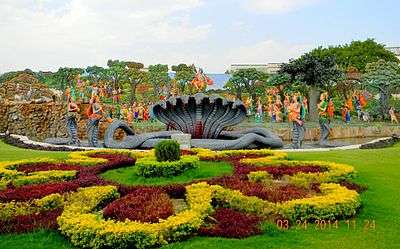