Graspop Metal Meeting is an annual metal festival in Dessel, Belgium that has taken place each year since 1996. Despite the small size of the festival grounds (upholding a perimeter of only ~4 km) the festival draws a large number of international spectators, with a total of 152,000 visitors in the course of the 2015 edition.[1]

Graspop was not originally a heavy metal festival; rather, it was conceived as a local family Rock festival, first organised in 1986. In 1995, the headliners billed were Joe Cocker and Simple Minds. However, due to the public being oversaturated with family festivals, the number of visitors had dropped to an all-time low.

Founder Peter Van Geel realized that mainstream rock music held insufficient appeal to festival visitors. Reflecting on the most memorable acts of the preceding years (Motörhead, Ramones, Paradise Lost, and so forth) and on his own musical preferences, he decided in favour of a drastic reorientation.

After discussions with Werchter festival promoter Herman Schueremans, Van Geel contacted Bob Schoenmaekers, the owner of the Biebob concert venue and metal club in nearby Vosselaar. A couple of years earlier, Schoenmaekers had set up his "Midsummer Metal Meeting" in Vosselaar and because of space limits, he was considering an open-air festival. The initial contact soon led to close collaboration. The duo decided to launch a brand-new metal festival under the name of "Graspop Metal Meeting". The date of choice was to be the last weekend of June.

The new direction proved to be a successful one. The festival has seen a continually rising number of visitors over the years, and has been able to attract the most popular international bands in the genre. Since the festival's inception in 1996, Iron Maiden has been the most frequent headliner, with seven appearances. Other bands which have prominently been featured are Arch Enemy (6), Cradle Of Filth (6), My Dying Bride (8), Moonspell (7) and Saxon (8).

The current stages are : 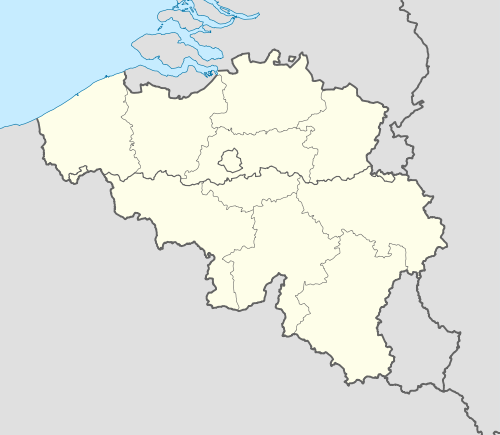 Map showing the location of Graspop Metal Meeting within Belgium.

The festival is located in Kastelsedijk, in Dessel and is situated about 60 km away from Antwerp, 99 km from Brussels and 35 km from Eindhoven in the Netherlands.

Dessel is a municipality with 9103 inhabitants in the province of Antwerp in Belgium.[2] The 27.03 km ² comprehensive community lies in the Flemish Region, also known as Flanders, this is the officially Dutch-speaking part of Belgium. The distance to the neighboring country, the Netherlands, is less than 10 km. The largest part of the economy of Dessel is determined by different regions of the nuclear power industry. Dessel is the twin town of Hesse-Lichtenau.

Combination tickets for the Graspop Metal Meeting include camping from Thursday to Monday, parking for a vehicle and entry to the festival site. Day tickets are available, and before 2013 they did not include camping; camping tickets could be purchased separately. Camping tickets allowed day ticket holders to spend the night on the camping site. A camping ticket was valid on the same day as the festival ticket. From 2013 onwards, a day ticket included admission to the campsite.

In 2009 Graspop Metal Meeting introduced a VIP ticket. The VIP package consists of: parking space in the VIP car park; which is nearer the festival ground, access to the VIP lounge, and separate entrances to the campsite and the festival arena.

Most people who stay at Graspop Metal Meeting will camp in a tent. Campsite accommodation is provided in the cost of a combi ticket but festival-goers must bring their own tents.

Caravans and trailer tents are not allowed onto the camp site. However you can book a pitch in addition to the main ticket which allows access to Graspop Metal Town.

Graspop Metal Town is located at just 1 km from the festival site; and is a veritable open air hotel with its proper sanitary facilities, breakfast tent, bar and reception desk. You can either spend the night in a festihut or you can book a pitch for your motorhome, caravan or tent.

Introduced in 2008 the festihut is a wooden cottage equipped with beds or bunk beds and mattresses.

Metal Town has space for 250 standard pitches and 50 XL pitches, for people who want to bring a caravan, mobile home, or tent. 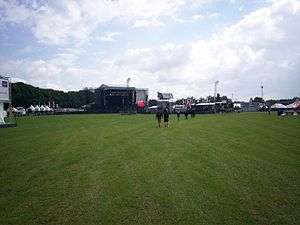 The field of graspop just before the 2008 festival