Hansi is a city, a municipal council and Hansi (Vidhan Sabha constituency) in Hisar district in the Indian state of Haryana. Its 2011 population is estimated to be 134,568. It is located at a distance of 16 miles (26 km) east of Hisar on National Highway 10. Geographically, it is semi-arid with around 46 cm of annual rainfall. It appears that at one time Hansi was larger, more prosperous and more important than Hisar. The town has several important buildings of archeological importance.

In 2016, the Haryana government put forward a proposal to carve the new Hansi district out of the Hisar district.[1] 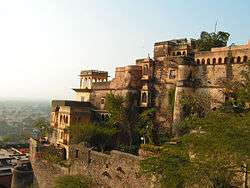 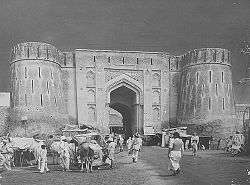 The city of Hansi has five gates of entry – Delhi Gate (East), Hisar Gate (West), Gosain Gate (North-west), Barsi Gate(South) and Umra Gate (South west). The peculiarity of this town is that its altitude increases after entry from any of the gates. Deserts guard this city towards its west (cities like Tosham, Devsar, Khanak).

Another prominent feature of this ancient city is its fort. Extended in an area of 30 acres (120,000 m2), it is square in shape and has security posts in all the four corners. The fort is said to be that of Great King Prithvi Raj Chauhan.

Later, the son of King Anangpal, Drupad established a sword manufacturing factory in this fort, hence it is also called "Asigarh". Swords from this fort were exported as far away as to Arab countries. As per Talif-e-Tajkara-e-Hansi by Qazi Sharif Husain in 1915, around 80 forts across the area were controlled from this centre "Asigarh".

During the period of Firoz Shan Tuglaq, an underground tunnel was constructed connecting the present Hansi to Hisar. The gate of fort has figures of gods, and pictures of gods, goddesses, birds can also be seen on the walls of the fort. The entry gate of the fort was built by George Thomas. This fort was declared a Protected Monument of National Importance in 1937 by the Archeological Survey, the present ASI, and is still in good condition, a must visit site for all archeologists.

Right in front of the Fort, ancient statues of "Jain God" Mahavira and "Founder of Buddhism" Gautama Buddha are placed. These statues are worth $1 million as calculated by the Archeologists.

The Sikhs captured Hansi area in 1778, and established a Sikh Empire rule under Jind State for some time in this Area until Hansi fell to the Maratha Empire. 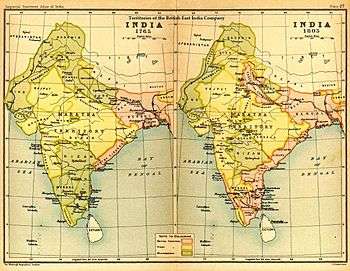 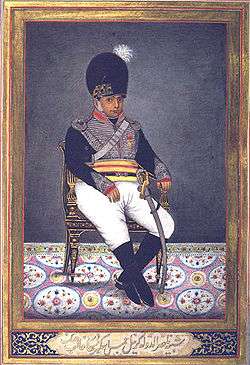 Though the origin of this city is wrapped in controversies, some prominent names and documentary proof like "Majkura Hansi" describe it as being founded by ill daughter Hansivati/Ambavati of Prithvi Raj Chauhan. Others say it was founded two centuries earlier by King Anangpal Vihangpal Tomar for his guru "Hansakar" (957 AD).

A large hoard of Jaina bronzes was accidentally discovered at Hansi in February 1982. These include idols that may belong to the Gupta period, while most belonged to the 7th–8th centuries. They were apparently buried underground before the impending attack by Masud in 1037 CE. Masud attacked swordsmen of Hansi and took women into slavery who were later sold at Gazni.[2]

In 1192, after the defeat of Prithvi Raj Chauhan by Mohammed Gauri, Hindu rule ended in Hansi. This was the time when non-Muslims were not permitted to settle here. Slowly, Hansi lost its importance and was remembered only as a Fort. Delhi started becoming the center of attention. Dr. Bhup Singh, historian, has written Hansi ka Etias, a History of Hansi, a book published by Rotary International. He has also written two other books and has been linked to a number of local social organisations.

Shahjahan came to Hansi, met the famous Hindu saint Jagannath Puri samadha hansi and after his approval Hindus were allowed to settle in Hansi. In addition to the Hindus, Hansi had Muslims and a few Jains that inhabited Hansi during this Mughal rule.

Guru Gobind Singh Ji also came to Hansi in 1705 and inspired Hindus to revolt against the oppressive Mughal rule. In 1707, Lakshman Singh (Banda Singh Bahadur) attacked Hansi and punished the Muslims. Hansi was under Maratha rule in 1736 and, after 3rd battle of Panipat in 1761, was lost to Ahmed Shah Abdali. Maharaja Jassa Singh Ramgarhia in 1780s also took this area under his control for some years and then left it.

George Thomas, an Irish adventurer who rose from an ordinary sailor to become an independent king, formed Hansi as his capital. Hansi came under British East India Company rule in 1802. From 1819–32, Hansi was a District HQ which was later shifted to Hisar in 1832.

Hansi took active part in the 1857 war of liberation (Gadar), Lala Hukam Chand Jain was martyred in 1857 by Britishers.

Hansi is known for its famous sweet "Pera" which is made from milk and is sent to many other towns and cities for retail selling.

Hansi was also the headquarters of Colonel James Skinner CB (1778 – 4 December 1841) the Anglo-Indian military adventurer in India, who became known as Sikandar Sahib.