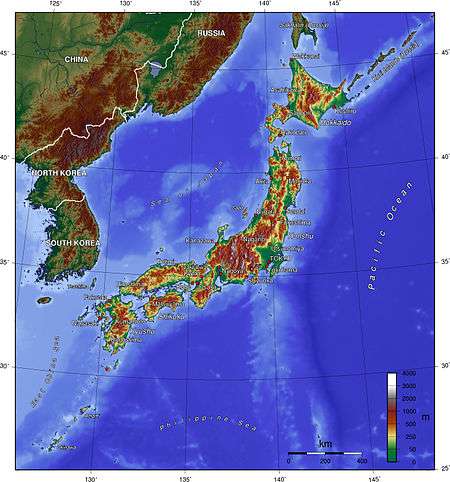 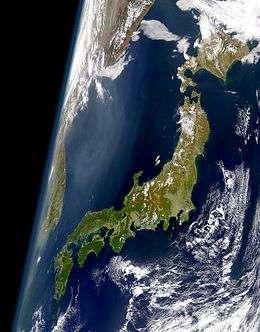 The Japanese archipelago (日本列島, Nihon Rettō) is the group of islands that forms the country of Japan, and extends roughly from northeast to southwest along the northeastern coast of the Eurasia mainland, washing upon the northwestern shores of the Pacific Ocean. It consists of islands from the Sakhalin island arc and the Northeastern Japan arc.

The term Home Islands was used at the end of World War II to define the area of Japan to which its sovereignty and the constitutional rule of the Emperor would be restricted. The term is also commonly used today to distinguish the archipelago from Japan's colonies and other territories in the first half of the 20th century.[1]

The archipelago consists of 6,852 islands ("island" defined as land more than 100 m in circumference), of which 430 are inhabited.[2] The four main islands, from north to south, are Hokkaido, Honshu, Shikoku, and Kyushu; Honshu is the largest and referred to as the Japanese mainland.[3]

Sakhalin, part of the Russian Federation, is sometimes considered to be geographically part of the Japanese archipelago, although Japan renounced its claim to the island in the 20th century.[4]

Changes to the Japanese archipelago over time: 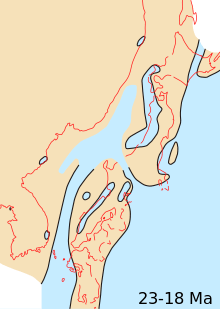 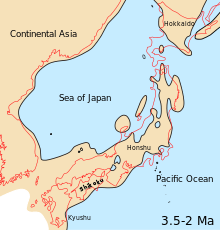