Jubail (Arabic: الجبيل‎‎, Al Jubayl) is a city in the Eastern province on the Persian Gulf coast of Saudi Arabia. It is the host of the largest industrial city in the Middle East. It is also home to the Middle East's largest and world's fourth largest petrochemical company. It has the world's largest IWPP (Independent Water and Power Project) producing 2743.6 MW of electricity and 800,000 m3 of water daily. Jubail comprises the Old Town of Al Jubail (Jubail Balad), which was a small fishing village until 1975 and the new industrial area. Jubail Industrial City is the largest civil engineering project in the world today. 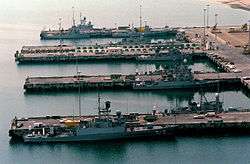 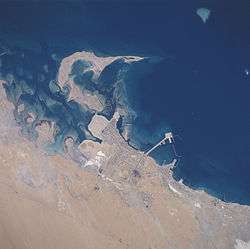 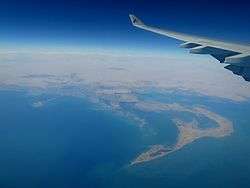 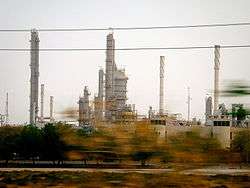 Al Jubail was founded by Al-Buainain, between the 18th and 19th centuries.

In September 1933, Jubail gained a measure of fame as the landing site for the first team of geologists to explore for oil in Saudi Arabia.

Bechtel began work on the Jubail Industrial City project more than 30 years ago and is still working in Jubail now. Bechtel has managed the Jubail project since it began in the mid-1970s, and in 2004 the Royal Commission for Jubail and Yanbu asked the company to manage Jubail II, a $3.8 billion expansion of the city's industrial and residential areas.

A branch of the Saudi Landbridge Project railway is proposed to connect Jubail to Dammam.

There are two seaports in Jubail—the Jubail Commercial Seaport and the King Fahd Industrial Seaport. As of 2011, Jubail ranks 92nd in the world in terms of Total Cargo Volume with 44,700 tons.[1]

Jubail Airport is an airfield 25 kilometres (16 mi) west of Jubail City, near the industrial area.

Originally constructed by the Royal Commission of Jubail and Yanbu as part of Jubail project, it was meant to be used for commercial aviation until it was decided to utilize the large nearby King Fahd International Airport. Thus, it was handed over to the Ministry of Defence and has been used as a base for the naval aviation group/eastern fleet of the Royal Saudi Navy since then.

However it was recently announced that the airport will be opened for private aviation operations starting September 2014. A project to renovate the airfield was undertaken since some of the airfield's infrastructure was incomplete, as a result of the previous change for the use of airport from commercial to military. To date, the project and renovations have not been completed.

Distances to nearby places

Other cities of the Persian Gulf