Kazma Sporting Club (Arabic: نادي كاظمة الرياضي) is a Kuwaiti football club founded in 1964. Kazma play in Al-Sadaqua Walsalam Stadium in Adiliya, Al Asimah Governorate (Kuwait), Kuwait City and is the 3rd largest stadium in Kuwait. They have won the Kuwaiti Premier League 4 times. Kazma faced FC Barcelona at the end of the 2009–10 season, drawing 1–1 after Bojan Krkić scored in the 80th minute for Barcelona, before Abdullah Al Dhafiri equalised in the 90th minute with a fine effort for Kazma. On 19 April 2013 Kazma SC were relegated for the first time in their history after losing to Al-Arabi SC 3–0 in the final game of the 2012–13.

The club is named after the area of Kathma. In 630 A.D., the battle of 'That Alslasil' took place in Kathma, which is located forty kilometers north of Kuwait City on the coast of Kuwait.[1]

On 21 December 2009, under head coach Ilie Balaci, Kazma played a friendly match against reigning La Liga champions FC Barcelona to commemorate the 45th anniversary of the club. The match ended with 1–1 draw and Barcelona received €1.7 million to participate in the match.[2] 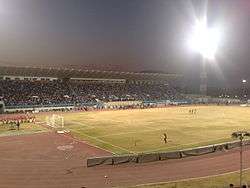 Kazma's stadium, Al-Sadaqua Walsalam Stadium, is a multi-purpose stadium located in Kuwait City, Kuwait. It is currently used mostly for football matches. The stadium has a 21,500 holding capacity. It is the 2nd largest stadium in Kuwait and is the home ground for Kazma.

The stadium hosted 2 Gulf Cup of Nations tournaments, the first being in 1990, which Kuwait won for the seventh time. However, the second time in 2003 Kuwait ended up in 6th place, which is their worst ever ranking. It has also hosted many finals of the Kuwait Emir Cup and Kuwait Crown Cup. 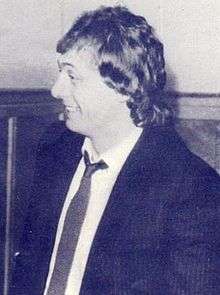