Lambardar or Numberdar (Punjabi, Urdu: لمبردار or نمبردار‎) is a title in India and Pakistan and including Kashmir which applies to powerful families of zamindars of the village or town, a state-privileged status which is hereditary and has wide ranging governmental powers: the policing authority of the village, and many other governmental and administrative perks.[1] In contrast the Zaildar who was the grand jagirdar and had the power over 40 to 100 villages respectively.

That has resulted in a feudal system perpetrating the Pakistan Senate and its elected representatives. Almost all elected leaders of the state have been from the landed and feudal gentry in many cases holding the title of lambardar. Most Presidents and prime ministers also have been from feudal stock, with the exception of martial law administrators and generals, who led coups.[2]

The first female Lambardar in West Pakistan was Begum Sarwat Imtiaz who took oath in 1959. She was Lambardar of Village Chak 43/12 L, Chichawatni, District Montgomery (now Sahiwal). Presently her daughter Begum Arshia Azhar is Lambardar of said village. That was recognized as a milestone for women empowerment in Pakistan and the Muslim world.[3] 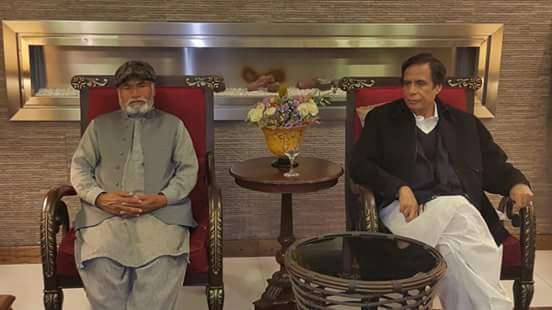 Section 4 (28): Village Officer: person appointed under this Act whose duty is to collect, or to supervise the collection of, the revenue of an estate and include Kanungos, Patwaris, Service Centre Officials and Headmen (Lambardars).

Section 36: The Board of Revenue may, with the previous approval of Government, make rules to regulate the appointments, duties, emoluments, punishments, suspension and removal of Village Officers.[4]

(1) A sufficient number of headmen shall be appointed to every estate, and this number when once fixed shall not be increased except by or under the order of the Commissioner.

(3) The lessee of an uncultivated or forest estate owned by Government shall, during the currency of his lease, be the headmen thereof.[5]