For the comital title rendered in Dutch as Landgraaf, see Landgrave. 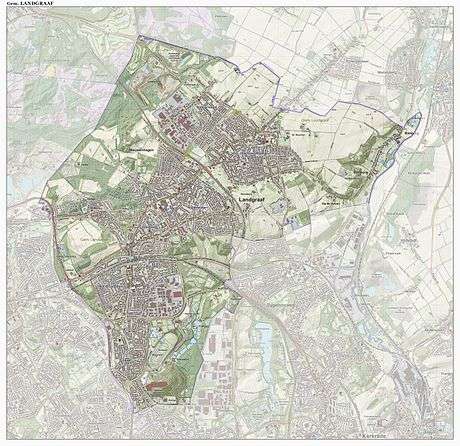 Dutch topographic map of the municipality of Landgraaf, June 2015

A pop music festival called Pinkpop is held annually on the Pentecost weekend in Schaesberg, a town in Landgraaf.