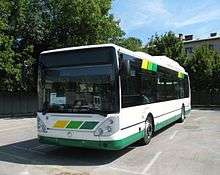 When Ljubljana had about forty thousand inhabitants, the city authorities decided to impose a "mechanized" means of transport and in 1900 Splošna malo železniška družba (English: General little railway company) was officially established. Without special ceremony tramway officially started to operate on September 6, 1901. The first day they sold 6400 tickets.

The company was in fact very small, because only 13 motorised units with 1 trailer and a car used for salting roads in winterwere in stock, 64 people were employed. In each tramway there was room for thirty people (16 seats and 14 standing), they could reach speeds of up to thirty kilometers per hour. By the end of 1901, the Ljubljana tram traveled about 136,000 kilometers and transported 330,000 passengers. Splošna malo železniška družba which was managing tramways in Ljubljana was the Austrian private limited company under the direction of foreign investor company Siemens & Halske. After the expiry of twenty years of operation, the city finally bought the rights of the tramway company.

In 1929, the Splošna malo železniška družba changed its name to Električna cestna železnica (English: Electric street railway) and since 1930 the city modernised stock and tracks. With purchasing new and used vehicles the rolling stock 1940 considered 52 units. Tramway lines were connecting city center with the suburbs. Workshops and garages were moved to the street Celovška cesta in the suburb of Šiška.

After the war, Ljubljana quickly spread and the tramway no longer withstand the growing transportation needs in the city. When personal cars were spreading to general population, this was an additional reason for the different arrangements of the public transport would prejudice less street surface in Ljubljana. On May 1953 the Mestni ljudski odbor Ljubljana (English: City people's committee of Ljubljana) set up a commission that prepared the proposal on changing tramways with the trolleybus and bus service. Altogether 54 trolleybuses had been purchased (vehicle no. 300 to 353).

The transition was gradual. Mid-fifties, in 1958 Ljubljana started to regularly operate the first trolleybuses and buses, tramway finally stopped driving, the Električna cestna železnica was renamed to Ljubljana-Transport. Last journey of tramway was on December 20, 1958. Like the tramways, trolleybuses are also electrically powered and therefore are depending on the power lines installed in the city. Trolleybus lines that operated:

Experience with the operation of the trolleybuses was not the best. Trolleybus current collectors often "fall off" and had to be reinstalled every time. Winter were additional problems caused by snow and a road-sanding with salt. Salt water often came into contact with electrical wiring and caused short circuits. Sometimes the entire body of the trolleybus was energized with electricity. Passengers were often experienced shock if they touched the metal parts of the vehicle. The last trolleybus vehicle in Ljubljana drove on September 4, 1971 on the line no. 1. Next day trolleybus line was completely replaced by buses. 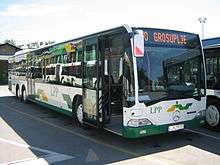 The 1960s and 1970s brought unimagined development of urban public transport and the company, which in 1971 was renamed Viator, which gradually expanded its operations throughout Slovenia. Urban transport operations developed into other services such as long distance passenger transport, freight and tourist traffic, which boosted tourist agencies' activities, and then continued with the construction of lifts to mountains such as Vogel, the Big Pasture Plateau, and Zatrnik. From transport and tourism it was only one step to catering and taxi services. Since 1971, the company engaged exclusively with operating public bus transportation.

In 1977, Viator formed link with the company SAP into SOZD SAP Viator. Further merges and alliances followed between different transport, tourism and hotel organizations throughout Slovenia and also the Viator found himself on 25th 1981 in the INTEGRAL SOZD. In this context today's business's name occurred, Ljubljanski potniški promet.

In 1989, the LPP has decided to withdraw from the Integral, since there wasn't any more development opportunities for continuing operations of urban public transport to Ljubljana, its people and its visitors, and its suburbs. LPP has become a public company serving residents of the capital and its suburban municipalities. Since 1994 LPP acts as a public, limited liability company, under the Municipality of Ljubljana. 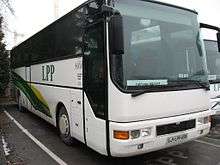 Since the introduction of the tram tickets were sold for a single ride. They remained in use until the end of 1974, when they introduced the modernization of payment services. Tokens and monthly passes were introduced. Entering the vehicle was only at the back door, where there was the conductor, the first door was only for passengers with monthly passes. With the abolition of the conductor, passenger were allowed to enter at the first door, where the driver oversaw the payment. Initially, the tokens were made by paper, the most recognizable were metal tokens with the hole, plastic tokens replaced them, different colors and shapes were available through the time. Tokens were abolished on January 1, 2010 and cash payment on May 10, 2010.

Payment is only possible by Urbana card or with mobile phone.

Single ticket is available with 90 minutes of unlimited number of transfers or montly passes of different categories.