Its capital is the city of Cuneo.[3] Of the 250 communes in the province, the largest by population are: 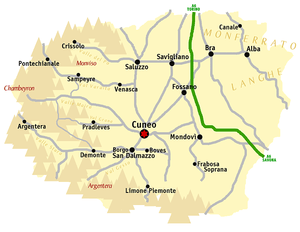 Map of the province of Cuneo.