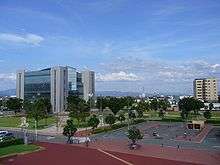 Tosu (鳥栖市, Tosu-shi) is a city located in the eastern part of Saga Prefecture on the island of Kyushu, Japan.

Tosu is one of the major transportation hubs of Kyushu. Its main train station is Tosu Station which connects the Nagasaki Main Line and the Kagoshima Main Line. There is also a junction connecting the Kyūshū Expressway, Nagasaki Expressway and Ōita Expressway. Economically it is part of the Fukuoka metropolitan area, and according to a 2000 census about 5% of the total population of Tosu commute to work or school in Fukuoka.

Located in the Saga Plains, the Chikushi River runs along the southern border of Tosu. The lowlands are used for paddy farming and are where the city center is located. The northwestern part of the city contains the eastern part of the Sefuri Mountaians. 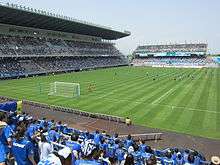 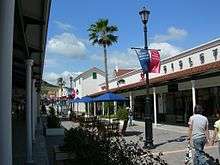