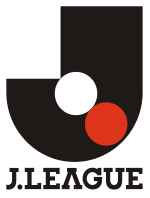 For history of Japanese club association football before the inception of the professional league in 1993, see Japan Soccer League.
For detailed history of J2 League, see J2 League § History.

Before the professional league (pre-1992)

Before the inception of the J.League, the highest level of club football was the Japan Soccer League (JSL), which consisted of amateur clubs.[8][9] Despite being well-attended during the boom of the late 1960s and early 1970s (when Japan's national team won the bronze Olympic medal at the 1968 games in Mexico), the JSL went into decline in the 1980s, in general line with the deteriorating situation worldwide. Fans were few, the grounds were not of the highest quality, and the Japanese national team was not on a par with the Asian powerhouses. To raise the level of play domestically, to attempt to garner more fans, and to strengthen the national team, the Japan Football Association (JFA) decided to form a professional league.

The professional association football league, J.League was formed in 1992, with eight clubs drawn from the JSL First Division, one from the Second Division, and the newly formed Shimizu S-Pulse. At the same time, JSL changed its name and became the Japan Football League, a semi-professional league. Although the J.League did not officially launch until 1993, the Yamazaki Nabisco Cup competition was held between the ten clubs in 1992 to prepare for the inaugural season.

The league's management realized that they were heading in the wrong direction. In order to solve the problem, the management came out with two solutions.

First, they announced the J.League Hundred Year Vision, in which they aim to make 100 professional association football clubs in the nation of Japan by 2092, which would be the hundredth season. The league also encouraged the clubs to promote football or non-football related sports and health activities, to acquire local sponsorships, and to build good relationships with their hometowns at the grass-root level. The league believed that this would allow the clubs to bond with their respective cities and towns and get support from local government, companies, and citizens. In other words, clubs would be able to rely on the locals, rather than major national sponsors.

Second, the infrastructure of the league was heavily changed in 1999. The league acquired nine clubs from the semi-professional JFL and one club from J. League to create a two-division system. The top flight became the J.League Division 1 (J1) with 16 clubs while J.League Division 2 (J2) was launched with ten clubs in 1999. The second-tier Japan Football League (former), now became third-tier Japan Football League.

Also, until 2004 (with the exception of 1996 season), the J1 season was divided into two. At the end of each full season, the champion from each half played a two-legged series to determine the overall season winner and runners-up. Júbilo Iwata !Júbilo Iwata in 2002, and Yokohama F. Marinos !Yokohama F. Marinos in 2003, won both "halves" of the respective seasons, thus eliminating the need for the playoff series. This was the part of the reason the league abolished the split-season system starting from 2005.

Since the 2005 season, J.League Division 1 consisted of 18 clubs (from 16 in 2004) and the season format became similar to the European club football. The number of relegated clubs also increased from 2 to 2.5, with the third-from-bottom club going into Promotion / Relegation Series with the third-placed J2 club. Since then, other than minor adjustments, the top flight has stayed consistent.

Japanese teams did not treat the Asian Champions League that seriously in the early years, in part due to the distances travelled and teams played. However, in the 2008 Champions League three Japanese sides made the quarter-finals.[10]

However, in the recent years, with inclusion of A-League in Eastern Asia, introduction of FIFA Club World Cup, and increased marketability in the Asian continent, both the league and the clubs paid more attention to Asian competition. For example, Kawasaki Frontale !Kawasaki Frontale built up a notable fan base in Hong Kong, owing to their participation in the AFC Champions League during the 2007 season.[11] Continuous effort led to the success of Urawa Red Diamonds !Urawa Red Diamonds in 2007 and Gamba Osaka !Gamba Osaka in 2008. Thanks to excellent league management and competitiveness in Asian competition, the AFC awarded J.League the highest league ranking and a total of four slots starting from the 2009 season. The league took this as an opportunity to sell TV broadcasting rights to foreign countries, especially in Asia.

Three major changes were seen starting in the 2009 season. First, starting that season, four clubs entered the AFC Champions League. Secondly, the number of relegation slots increased to three. Finally, the AFC Player slot was implemented starting this season. Each club will be allowed to have a total of four foreign players; however, one slot is reserved for a player that derives from an AFC country other than Japan. Also, as a requirement of being a member of the Asian Football Confederation, the J.League Club Licence regulations started in 2012 as one criterion of whether a club was allowed to stay in its division or to be promoted to a higher tier in professional level league. No major changes happened to J.League Division 1 as the number of clubs stayed at 18.

From 2015 the J.League system changed to a three-stage system. The year is split into a first and second league stages, followed by a third and final championship stage. The third stage is composed of stage one and two's total point champion and up to four other teams. These additional four teams consist of the following: Stage one and stage two's top point accumulator, and stage one and two's second placed points accumulator. These five teams then take part in a championship play off stage to decide the winner of the league trophy.

Stance in the Japanese football pyramid

Since the inception of the second division in 1999, promotion and relegation follow a pattern similar to the European leagues, where the two bottom clubs of J1 and the top two clubs of J2 are guaranteed to move. From the 2004 to 2008 season, the third-placed J2 club entered Promotion / Relegation Series against the sixteenth-placed J1 club and the winner had a right to play in the top flight in the following year. Starting on the 2009 season,the top three J2 clubs receives J1 promotion by default in place of three bottom J1 clubs. However, promotion or right to play the now-defunct pro/rele series relies on the J2 clubs meeting the requirements for J1 franchise status set by the league. This has generally not been a hindrance, in fact, no club is yet to be denied promotion due to not meeting the J1 criteria.

Until the 2004 season, the J1 season was divided into two halves, with an annual championship series involving the champions from each half (with the exception of the 1996 season). However, from the 2005 season, the single-season format is adopted as the top flight was expanded to eighteen clubs. Currently, 18 clubs compete in double round robin, home and away. Starting on the 2008 season, the top three clubs, along with the Emperor's Cup winner receive ACL berths for the following season. If the Emperor's Cup winner happens to be one of the top three J1 finisher, the 4th-place club receives the final berth. Starting on the 2009 season, the bottom three clubs are relegated to Division 2 at the end of the year.