Saga (佐賀市, Saga-shi) is the capital city of Saga Prefecture, located on the island of Kyushu, Japan.

Saga was the capital of Saga Domain in the Edo period, and largest city of former Hizen Province.

On October 1, 2005, Saga absorbed the towns of Fuji, Morodomi and Yamato (all from Saga District) and the village of Mitsuse (from Kanzaki District) to create the new and expanded city of Saga. With this creation, the city now neighbors the city of Fukuoka (in Fukuoka Prefecture).

On October 1, 2007 the towns of Higashiyoka, Kawasoe, and Kubota (all from Saga District) were also incorporated into Saga, further expanding its borders.

Although Saga is the capital of Saga Prefecture, it can also be said to be within the Greater Fukuoka metropolitan area, and by extension, Fukuoka-Kitakyushu Metropolitan Area.

Standing out from many cultural assets is the plains castle within the city, Saga Castle. It is one of the rare castles in Japan surrounded by a wall rather than built on one. First built between 1591 and 1593, there was a fire in 1726. Renovated in 1728, there was yet another fire in 1835. Nabeshima Naomasa daimyo of the Nabeshima clan renovated it within two years and moved in. In 1874 it was a court building and a prefectural office. 1883 saw it become a junior school. The buildings were eventually replaced by modern school buildings.

Saga City is located in the southeast portion of Saga Prefecture. After the 2005 merger the city became very long north to south. It now borders the Ariake Sea to the south and Fukuoka Prefecture to the southeast and north. The northern half of the city contains the Sefuri Mountains. 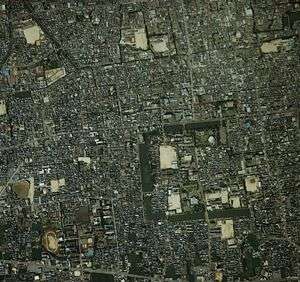 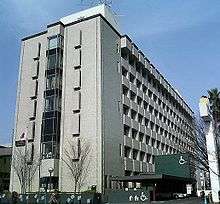 There is one airport inside the city of Saga, Saga Airport, located in the former town of Kawasoe. Before the opening of Saga Airport, Fukuoka Airport was the nearest airport. However, many people in Saga still use Fukuoka Airport due its greater number of routes and flights offered. There is an express bus which connects the two airports. 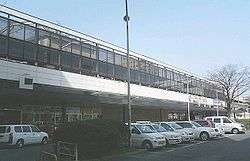 The south exit of Saga Station

Every fall Saga holds the "Saga International Balloon Fiesta" in the dry riverbed of the Kase River. A quarter of the visitors are from Saga. The number of visitors was about 15 million in 2005. Hot Air Balloonists from many countries enter this event.

Kakurintei Tea House located in the grounds of Kono Koen is a very quaint and picturesque Japanese tea house overlooking a pond.

Saga Castle (Also called the Saga Castle Historical Museum) is the largest reconstruction of a wooden building in Japan, with a total floor space of 2500 square meters and the historical atmosphere of the Saga Castle main keep.