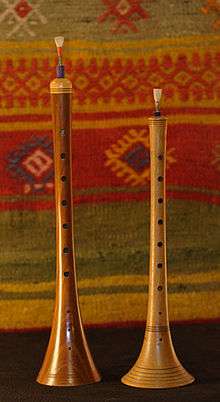 Turkish folk music (Türk Halk Müziği) combines the distinct cultural values of all civilisations that have lived in Turkey and its former territories in Europe and Asia. Its unique structure includes regional differences under one umbrella. It was the most popular music genre in the Ottoman Empire era. After the foundation of the Turkish Republic, Atatürk asked to make a wide-scale classification and archiving of samples of Turkish folk music from around the country, which was launched in 1924 and continued until 1953 to collect around 10,000 folk songs. In the 1960s, Turkish folk music met with radio and folk musicians like Aşık Veysel, Neşet Ertaş, Bedia Akartürk became the most popular names of the Turkish folk music. In the 1970s and 1980s, with the rising popularity of arabesque and Turkish light western, Turkish folk music has lost some ground, but singers like Belkıs Akkale, İzzet Altınmeşe, Selda Bağcan and Arif Sağ made successful hit songs and became important representatives of the genre.

Türkü, literally "of the Turk", is a name given to Turkish folk songs as opposed to şarkı. In contemporary usage, the meanings of the words türkü and şarkı have shifted: Türkü refers to folk songs originated from music traditions within Turkey whereas şarkı refers to all other songs, including foreign music.

Classically, Türküs can be grouped into two categories according to their melodies:

Varieties of style, scales, and rhythm

Music accompanied by words can be classified under the following headings: Türkü (folksongs), Koşma (free-form folk songs about love or nature), Semai (folk song in Semai poetic form), Mani (a traditional Turkish quatrain form), Dastan (epic), Deyiş (speech), Uzun Hava (long melody), Bozlak (a folk song form), Ağıt (a lament), Hoyrat, Maya (a variety of Turkish folksong), Boğaz Havası (throat tune), Teke Zorlatması, Ninni (lullaby), Tekerleme (a playful form in folk narrative), etc. These are divided into free-forms or improvisations with no obligatory metrical or rhythmic form, known as "Uzun Hava", and those that have a set metrical or rhythmic structure, known as "Kırık Havalar" (broken melodies). Both can also be employed at the same time.

Music generally played without words, and dance tunes, go by the names Halay, Bengi, Karsilamas, Zeybek, Horon, Bar, etc. Each region in Turkey has its own special folk dances and costumes.

Here are some of the most popular:

Although some of the scales ('ayak' - foot) employed in Turkish folk music melodies are similar to some of the 'makam' scales of traditional Ottoman/Turkish Classical Music, not all of the folk music scales have Classical music counterparts, and there are important differences between the two concepts. The 'makam' of Turkish Classical Music is not just a scale, but has certain rules of progression, which in some cases are quite detailed, and in the course of the development the whole scale of the makam is used. Though sometimes referred to as makams by exponents of Turkish Classical Music, the scales of Turkish Folk Music are more properly called 'ayak' (foot) and are simply scales, with no rules of progression, thus bearing closer comparison with the concept of medieval church modes than do makams. Furthermore, in many Turkish folk songs only part of the scale is used. Both forms of music are diatonic, but use notes that are additional to the 12 semitones of western music. In Turkish folk music, for example, some scales include a note roughly halfway between B and B flat.

The scales of Turkish folk music are associated with different regions, and can be known by different names depending on the region, such as: Beşiri, Garip, Kerem, Misket, and Müstezad.

Woodwind instruments include the double-reed, shawm-like zurna, Mey(Duduk), the single reed, clarinet-like sipsi, the single-reed twin-piped çifte, the end-blown flutes kaval and ney, and the droneless bagpipe, the tulum. An old shepherd's instrument, made from an eagle's wing bone, was the çığırtma.

Percussion instruments include drums – davul and nağara – the tambourine-like tef, a mini drum darbuka and the spoons-like kaşık.

Melodies of differing types and styles have been created by the people in various spheres and stages of life, joyful or sad, from birth to death. Minstrels, accompanying themselves on the saz, played the most important role in the development and spread of Turkish folk music. Musician does not make accompaniment with saz, because Turkish Music is monodic. Musician plays same melody of song but, when musician hit the middle and upper strings(These strings must be played without touching keyboard of saz) the polyphony can be done.