The music of Bulgaria refers to all forms of music associated with the country of Bulgaria, including classical, folk, popular music, and other forms. 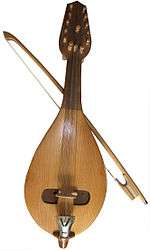 Bulgarian bands use instruments that commonly include:

In 1965, the Ministry of Culture founded the Koprivshtitsa National Music Festival, which has become an important event in showcasing Bulgarian music, singing and dance. It is held once every five years, and the last festival was August 7–9, 2015.

The Mystery Of The Bulgarian Voices

Some folk music revolves around holidays like Christmas, New Year's Day, midsummer, and the Feast of St. Lazarus, as well as the Strandzha region's unusual Nestinarstvo rites, in which villagers fell into a trance and danced on hot coals as part of the joint feast of Sts Konstantin and Elena on May 21. Music was also a part of more personal celebrations such as weddings.

Singing has always been a tradition for both men and women. Songs were often sung by women at work parties such as the sedenka (often attended by young men and women in search of partners to court), betrothal ceremonies, and just for fun. Women had an extensive repertoire of songs that they sang while working in the fields.

Young women eligible for marriage played a particularly important role at the dancing in the village square (which not too long ago was the major form of "entertainment" in the village and was a very important social scene). The dancing — every Sunday and for three days on major holidays like Easter — began not with instrumental music, but with two groups of young women singing, one leading each end of the dance line. Later on, instrumentalists might arrive and the singers would no longer lead the dance. A special form of song, the lament, was sung not only at funerals but also when young men departed for military service.

Bulgarian folk music is known for its asymmetrical rhythms (defined by the famous Hungarian composer and ethnomusicologist Béla Bartók as "Bulgarian rhythms"), where meter is not split in even beats, but in combinations of short (2 metric units) and long (3 metric units) beats, corresponding to the dancers' short and long steps. In European folk music, such asymmetrical rhythms are commonly used in Bulgaria, Greece, elsewhere in the Balkans, Norway and Sweden.

The most important state-supported folk ensemble of the socialist era was the Sofia-based State Ensemble for Folk Songs and Dances, founded in 1951 and led by Philip Koutev. Koutev became perhaps the most influential musician of 20th century Bulgaria, and arranged rural music with harmonies more "accessible" to audiences in other countries, to great domestic acclaim. The ensemble has now been renamed Ensemble Philip Kutev in his honor. In 1952, Georgi Boyadzhiev founded the group known today as the Bulgarian State Television Female Vocal Choir, which became famous worldwide after the release of a series of recordings entitled Le Mystère des Voix Bulgares. Their recording "Pilentse pee" can be heard sampled in the Billboard hit of Jason Derulo - "Breathing".[6]

The distinctive sounds of women's choirs in Bulgarian folk music come from their unique rhythms, harmony and vocal production. Characteristic polyphony, such as the use of close intervals like the major second and the singing of a drone accompaniment underneath the melody, are especially common in songs from the Shope region around the Bulgarian capital Sofia and the Pirin region (Bulgarian Macedonia). In addition to the ensemble led by Koutev, who adapted and arranged many of the harmonies, and composed several songs (as did his wife, Maria Kouteva) that were also performed by other groups, other women's vocal groups gained popularity, including Trio Bulgarka, consisting of Yanka Roupkina, Eva Georgieva, and Stoyanka Boneva. Some of these groups were included in the "Mystery of the Bulgarian Voices" tours.

Trio Bulgarka were featured on The Sensual World album by Kate Bush on the songs "Deeper Understanding", "Never Be Mine", and "Rocket's Tail".[7] In 1993 they appeared on another Kate Bush album, The Red Shoes, in the songs "You're the One", "The Song of Solomon", and "Why Should I Love You?", which also featured Prince. 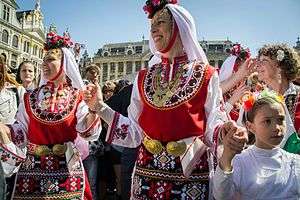 One of the most distinctive features of Balkan folk music is the complexity of its rhythms in comparison to Western music. Although it uses Western meters such as 2/4, 3/4, and 4/4, Balkan music also includes meters with 5, 7, 9, 11, 13, and 15 beats per measure, sometimes referred to as "asymmetric meters". These can often be understood as combinations of groups of "quick" and "slow" beats. For example, the dance lesnoto ("the light/easy one") has a meter of 7 beats with emphasis on the first, fourth, and sixth beats. This can be divided into three groups, a "slow" unit of 3 beats and two "quick" units of 2 beats, often written 3-2-2.

The tradition of church singing in Bulgaria is more than a thousand years old, and can be traced back to the early Middle Ages. One of the earliest known musical figure (composer, singer and musical reformer) of Medieval Europe Yoan Kukuzel (1280–1360), known as The Angel-voiced for his singing abilities, has Bulgarian origins.

In the Bulgarian Orthodox Church, there are two traditions of church singing:

The following list shows contemporary Bulgarian choirs and singers that have a repertoire rooted in orthodox music: 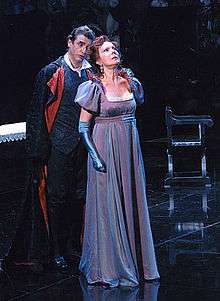 Some of the most popular artists include:

Chalga (Pop-folk) is a contemporary music style that combines often provocative Bulgarian lyrics with popular Eastern European and Turkish music. It is the Bulgarian version of the corresponding variations in neighbouring countries such as Greece (Laïkó), Serbia (Turbofolk) or Romania (manele).

This subgenre is rather a mixture of synthpop, chalga and gypsy music with Bulgarian wedding motives. Yuri Yunakov, a Bulgarian Romani saxophonist, is one its creators with clarinetist Ivo Papazov. The album New Colors in Bulgarian Wedding Music highlights his amalgamation of traditional Bulgarian music with more modern elements.

During the Communist era, some folk musicians lived outside the state-supported music scene. Without official support, wedding bands were also without official limitations on their music, leading to fusions with foreign styles and instruments. Thrace was an important center of this music, which was entirely underground until 1986, when a festival of this music, which became a biennial event, was inaugurated in the town of Stambolovo, and artists like Sever, Trakiîski Solisti, Shoumen and Juzhni Vetar became popular, especially clarinetist Ivo Papasov. 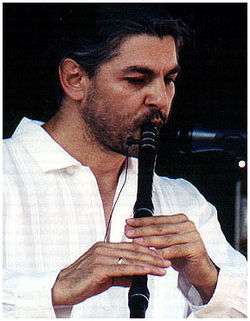