Mitchell was born in Winona, Minnesota, to William B. Mitchell, a future Minnesota Supreme Court Justice, and the former Frances Merritt. He spent two years studying electrical engineering at Yale University before becoming interested in law. 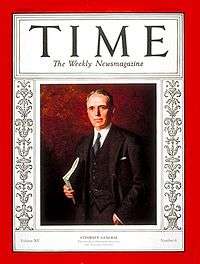 At that point he transferred to the University of Minnesota, where he received his A.B. degree in 1895 and was a brother of the Delta Kappa Epsilon fraternity (Phi Epsilon chapter). He received his LL.B. degree from the University of Minnesota Law School in 1896, and was admitted to the Minnesota bar to begin practicing law in St. Paul, Minnesota. He married the former Gertrude Bancroft on June 27, 1901. They had two sons: William and Bancroft Mitchell.

He formed the law firm of How, Taylor & Mitchell, which became prominent in the Midwest. This prestige allowed Mitchell access to both the regional council of the U.S. Railroad Administration in 1919, and then he served as chairman of the Citizens Charter Committee of St. Paul in 1922.

Combined with Mitchell's service as an infantry officer during the Spanish–American War and World War I, this placed him in position to be appointed to the position of Solicitor General of the United States. Having served well in his position, President Hoover was to appointed him Attorney General of the United States from March 4, 1929, and he held that office until March 4, 1933, one of his principal acts having been to order the Bonus Army dispersed and their camp destroyed.

Mitchell then settled in New York City where he practiced law. He was named chairman of the Committee on Federal Rules of Civil Procedure, and chief counsel of the joint congressional committee investigating the attack on Pearl Harbor.