Reverdy Johnson (May 21, 1796 – February 10, 1876) was a statesman and jurist from Maryland. He defended notables such as Sanford of the Dred Scott case, Maj. Gen. Fitz John Porter at his court-martial, and Mary Surratt, alleged conspirator in the assassination of Abraham Lincoln. 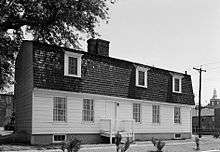 Born in Annapolis, Johnson was the son of a distinguished Maryland lawyer and politician, John Johnson (1770–1824). He graduated from St. John's College in 1812 and then studied law. He was admitted to the bar in 1815, and then moved to Baltimore, where he became a legal colleague of Luther Martin, William Pinkney and Roger B. Taney (Attorney General and later Chief Justice of the United States [1835–1864]). From 1821 until 1825 he served in the Maryland State Senate and then returned to practice law for two decades.[1]

Reverdy Johnson, along with Judge John Glenn and Evan Ellicott were responsible for exacerbating the Baltimore bank crisis of 1835. Mobs of angry depositors attacked and damaged his home facing Battle Monument Square on the northwest corner of North Calvert and East Fayette Streets, just south of the Baltimore City Courthouse (site of the future enlarged Third Courthouse of 1899–1900). Home was previously the site of the first brick house built in Baltimore Town for Edward Fortrell in 1741 and later replaced by the mansion/townhouse built for James Buchanan in 1799, sold to Johnson. Following the collapse of the Union Bank of Maryland, Johnson obstructed efforts to obtain a fair and objective accounting of the bank's assets in order to maintain his personal fortune. He falsely accused Evan Poultney and Thomas Ellicott of misconduct in order to create a smokescreen to obscure his own misconduct.

From 1845 to 1849, he represented Maryland in the United States Senate as a Whig, and from March 1849 until July 1850 he was Attorney General of the United States under President Zachary Taylor.[1] He resigned that position soon after Millard Fillmore took office.

A conservative Democrat, he supported Stephen A. Douglas in the presidential election of 1860. He represented the slave-owning defendant in the controversial 1857 case Dred Scott v. Sandford.[1][2] He was personally opposed to slavery and was a key figure in the effort to keep Maryland from seceding from the Union during the American Civil War. 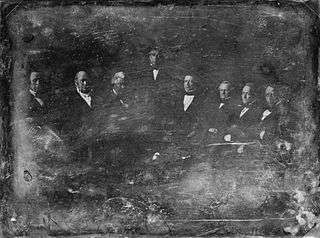 He served as a Maryland delegate to the Peace Convention of 1861 and from 1861 to 1862 served in the Maryland House of Delegates. During this time he represented Maj. Gen. Fitz John Porter at his court-martial, arguing that Porter's distinguished record of service ought to put him beyond question. The officers on the court-martial, all handpicked by Secretary of War Edwin Stanton, voted to convict Porter of cowardice and disobedience. 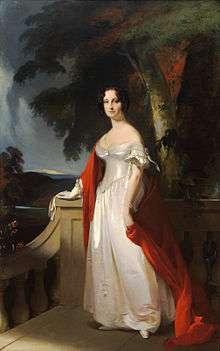 After the capture of New Orleans, he was commissioned by President Abraham Lincoln to revise the decisions of the military commandant, General Benjamin F. Butler, in regard to foreign governments, and reversed all those decisions to the entire satisfaction of the administration. After the war, reflecting the diverse points of view held by his fellow statesmen, Johnson argued for a gentler Reconstruction effort than that advocated by the Radical Republicans.

In 1863 he again took a seat in the United States Senate, serving through 1868. "The antislavery amendment caught Johnson's eye, however, because it offered an indisputable constitutional solution to the problem of slavery."[3] In 1865, he defended Mary Surratt before a military tribunal. Surratt was convicted and executed for plotting and aiding Lincoln's assassination. In 1866, he was a delegate to the National Union Convention which attempted to build support for President Johnson. Senator Johnson's report on the proceedings of the convention was entered into the record of President Johnson's impeachment trial. In the Senate, he also served on the Joint Committee on Reconstruction which drafted the Fourteenth Amendment to the United States Constitution, but he voted against passage of the amendment.[4]

In 1867, Reverdy Johnson voted for the Reconstruction Act of 1867, the only Democrat to vote for a Reconstruction measure in 1866 or 1867. In 1868 he was appointed minister to the United Kingdom and soon after his arrival in England negotiated the Johnson-Clarendon Treaty for the settlement of disputes arising out of the Civil War; this, however, the Senate refused to advise and consent to ratification, and he returned home on the accession of General Ulysses S. Grant to the presidency. Again resuming his legal practice, he defended Ku Klux Klan members against indictments brought under the Ku Klux Klan Act of 1871.[5]

In early 1876, Johnson was in Annapolis arguing the case of Baker v. Frick in the Court of Appeals and was a guest at the Maryland Governor's Mansion. On February 10, during a dinner party at the mansion, he fell near a basement door, possibly after tripping, and was killed instantly after hitting his head on a sharp corner of the mansion's granite base course and then again on the cobblestone pavement.[6]

He is buried at the Greenmount Cemetery in East Baltimore. Johnson had been the last surviving member of the Taylor Cabinet.

In the 2011 film The Conspirator, Johnson is portrayed by actor Tom Wilkinson.