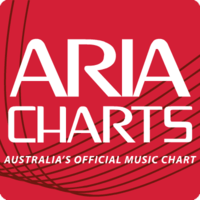 The ARIA Charts are the main Australian music sales charts, issued weekly by the Australian Recording Industry Association. The charts are a record of the highest selling singles and albums in various genres in Australia. ARIA became the official Australian music chart in June 1988, succeeding the Kent Music Report which had been Australia's national charts since 1974.

ARIA began compiling its own charts in-house from the chart dated week ending 26 June 1988.[3] Various artists compilation albums were initially included in the albums chart, as they had been on the Kent Report chart, until 2 July 1989, when a separate Compilations chart was created.[4] The ARIA Report, detailing the top 100 singles and albums charts, was first available via subscription in January 1990.[1] The printed top 50 chart ceased publication in June 1998,[5] but resumed publication later in the year. The printed top 50 chart again ceased publication at the end of 2000.[6]

The ARIA charts are based on data collected from physical and digital retailers in Australia. Data of physical sales come from retailers such as Sanity and JB Hi-Fi, while data of digital sales come from online retailers such as iTunes, Bandit FM, GetMusic and BigPond Music.[7] Since 17 February 1997, all physical sales data contributing towards the chart has been recorded electronically at point of sale.[6] In March 1991, "Do the Bartman" by The Simpsons was the first single to reach #1 in Australia that was not available on 7 inch vinyl, but cassingle only.[8]

Starting from 8 October 2006, due to low physical single sales at the time, the ARIA singles chart included online data as well as physical sales. In 2006, it was announced that the Brazin retailing group, comprising major retailers HMV, Sanity and Virgin music/DVD stores would no longer contribute sales data to the ARIA charts.[9][10] However, after a five-month absence, Brazin reportedly re-commenced contributing sales figures to the ARIA Charts on 26 November 2006.[11]

On 5 February 2006, the ARIA Chart Show was a radio program launched on the Nova network and broadcast throughout Australia, playing the official ARIA top 50 singles. The live music program was hosted by Jabba each Sunday afternoon at 3:00pm.[12]

From 1 June 2013 to 3 September 2016, the Take 40 Australia radio program broadcast the official ARIA top 40 singles on Saturday afternoons, typically from 2:00 pm to 6:00 pm, on each state's Hit Network-owned radio station.[13] The show was aired before the top 50 chart, dated for the following Monday, is published on the ARIA website at 6:00 pm.[13] The charts were previously published online at 6:00 pm each Sunday.[13]