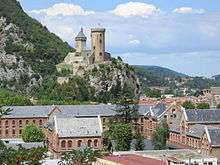 Castle and city of Foix 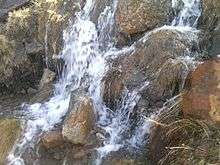 A waterfall in the Pyrénées, Ariège 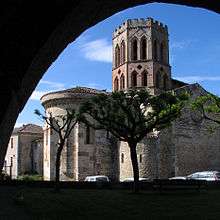 Ariège (French pronunciation: ​[aʁjɛʒ]; Occitan: Arièja) is a department in the Occitanie region of southwestern France named after the Ariège River. Its capital is the town of Foix and the INSEE and Postal code is 09. The inhabitants of the department are known as Ariègeois or Ariègeoises.[1]

The department is part of the current region of Occitanie and is surrounded by the French departments of Haute-Garonne to the west and north, Aude to the east, and Pyrénées-Orientales in the south-east, as well as Spain (Lleida) and Andorra in the south.

Covering an area of 4,890 km2, the department is divided into three arrondissements: Foix, Pamiers, and Saint-Girons.[2]

It is composed of 13 cantons, 21 intercommunalities, and 332 communes. In 2009 the Regional Natural Park of the Ariège Pyrenees was created covering about 40% of the area of the department of Ariège.

There are three main areas:

The north of the department consists of plains, hills and low valleys where agriculture is prevalent. Part of Lauragais covers the northeast of the department. Two major rivers, the Ariège and the Lèze traverse the plain from south to north. A landscape of grain fields dominates the scene with growing of corn and sunflowers and with prairies.

This area includes the Plantaurel mountains and the Pre-Pyrenean hills below 1000m. Various geological structures are present in contrast: the Foix Valley with its granite mountain landscape and the Lavelanet region with marl and limestone.

The geography is dominated by the Pyrenees mountains exceeding 1,000m above sea level which form the border between France and Spain. The Pica d'Estats (3143m), the peak of Montcalm (3077m), and Pic de Sotllo (3072m) are the highest points of the department. These peaks are clearly visible from Toulouse in the Haute Garonne.

The landscape is dominated by forests with coniferous species coexist with hardwoods such as chestnut trees, Black Locust trees, ash trees, and beech trees.

There are hundreds of kilometres of well-marked paths which allow exploration of the magnificent Pyrenees mountains. The high mountains are easily accessible via good roads, cable cars or by foot. There are a number of lodges providing high level mountain accommodation that are comfortable, warm and with good meals.

There are also a number of fresh water lakes which provide a variety of activities including, walking, swimming, fishing, canoeing, sailboarding and picnicking.

There are several downhill ski resorts, the three largest being Ax-Bonascre, Les Monts D'Olmes and Guzet-Neige. There are many cross country ski-ing resorts, one of the best being at Plateau de Beille, near Les Cabannes.

Ariège is one of the least populated and most unspoiled regions of France. The locals enjoy keeping traditions alive, especially old farming techniques. Consequently, as fewer insecticides, for example, have been used, the flora and fauna of the area continue to be rich in both diversity and numbers. Butterflies are common and birds are numerous; particularly noticeable are large birds of prey, including the magnificent Griffon vultures.

There are also many unspoiled villages and hamlets tucked away in the valleys close to the department's border with Spain – Seix, Cominac, and Aulus-les-Bains are examples – together with picturesque mountain villages, most notably Aleu which comes alive in the holiday season.

Ariège stands on the eastern limit of oceanic dominance over rainfall, but other influences are felt:

There is no great tendency to summer drought as the flow of air from the north-west brings rain throughout the year. Rainfall is moderate on the foothills and in some sheltered valleys, measuring 700 to 1,000 mm per year, but increases significantly in the higher valleys with levels between 1,000 mm and 1,800 mm. The slopes exposed to the north-west, such as Aulus and Orlu, are, as one would expect, the wettest, together with the frontal ridges that meet air flow from the southwest (giving rise to the Foehn effect). Snow cover is common over 1,000 metres, lasting several months above 1,500 to 2,000 metres. Some periglacial areas exist over 2,500 m but the only true glacier in Ariège is that of Mont Valier, near Castillon-en-Couserans.

Ariège is one of the original 83 departments created during the French Revolution on 4 March 1790 under the Act of 22 December 1789. It was created from the counties of Foix (Languedoc), and Couserans (Gascogne).

A request was made to the Council of State to rename the department Ariège-Pyrénées.[5] According to the proponents of this project, the word "Pyrenees" would better position the department to promote itself throughout France. The demand was rejected.

Foix is the administrative capital of the Ariège. It is an ancient medieval town with a fortress, Chateau de Foix, perched on a hill overlooking it. The fortress has been attacked many times without being captured including an attempt by Simon de Montfort. It has also been used as a prison, and the names of English prisoners of war can still be seen on the cell walls. Another famous castle in the Ariège is Montségur, located on a rocky outcrop at a height of 1200 metres. During the Albigensian Crusade and siege in 1244 the castle was largely destroyed, with more than two hundred Cathar priests burnt at the stake as heretics. The castle was gradually rebuilt by Royalists over the next three hundred years.

The start of the seventeenth century saw the area ravaged by the Huguenot rebellions by Protestants against Catholics. In 1621 the Huguenot forces ruined the church at La Tour-du-Crieu. In 1629 Pamiers was sacked by Henry of Condé following uprisings that left several hundred dead in the city. This was also the period during which the abbeys at Foix, Tarascon-sur-Ariège, Saint-Girons, Saverdun and Le Mas-d'Azil were torched and destroyed.

The nineteenth century was a time of strong industrial growth, supported in Ariège by an abundant supply of water power. The department also benefited from its significant reserves of iron ore. The growth of iron-based industries was a feature of the period with the establishment, in 1817, of a steel manufacturing plant at Pamiers which has been a principle driver of the local economy ever since. Other representative examples of the iron-based industries that developed in Ariège during the nineteenth century include the forges at Montgaillard and the blast furnaces at Tarascon-sur-Ariège.

A description of the department's industrial development during the nineteenth century should also include mention the paper industry at Saint-Girons and the textile industry in the Pays d'Olmes. Changes in forest laws in 1829 resulted in the War of the Maidens, a revolt by peasants who saw their rights to use the forests restricted and who disguised themselves as females while performing acts of rebellion.[6]

Towns of particular historical interest in the department include Pamiers which hosted a large commercial centre and three churches, Mirepoix, a medieval town, as is Saint-Lizier - situated on a hilltop with winding streets, fine views, and a church with cloisters that are noteworthy. Saint-Girons is an agricultural centre with a Saturday market.

The patriotic song Arièjo O moun Pais was written by Father Sabas Maury, born on 1 March 1863 in Gestiès in the valley of Siguer, who was pastor of Miglos and Varilhes. It naturally became the anthem for Ariége.

The Ariege department is a largely unknown department which is situated next to Aude in the southwestern part of the Occitanie region and shares its borders with Aude, Andorra, Haute-Garonne and Pyrénées-Orientales.

It is predominantly a farming area as the soil is rich and fertile but more than 50% of Ariège is mountainous, with 490,965 hectares being covered by forests. 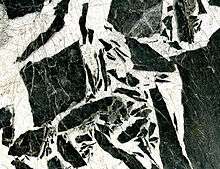 In the Ax valleys, the mining of talc is the most typical activity. The processing plant for talc at Luzenac is supplied by Carrière de talc de Trimouns who is the largest producer in the region (400,000 tonnes per year).

In the Lavelanet area the textile industry used to be the major industry but has gradually disappeared. There are only a few companies trying to survive in the face of competition from Eastern Europe and Asia.

In the Pamiers area metallurgy, aeronautics, and chemistry are the main industries. Metallurgy, in the Aubert & Duval factory, produces forgings for the aerospace and energy industries. There are several companies in the aeronautics outsourcing industry such as Recaero and Maz'Air who are partners with aircraft manufacturers. Chemistry is represented by the paint industry with the Alliance Maestria which includes several companies making paint for anything from buildings to aircraft. In the same sector there is also Etienne Lacroix in the commune of Mazères which mainly manufactures fireworks and pyrotechnics.

For the Saint-Girons area, industry is in decline and is represented mainly by the production of paper.

Hydroelectric production from Ariège is about one-fifth of Pyrenean production. The hydroelectric plant at Aston has the largest annual production capacity in the Pyrenees (392 million kWh). With Orlu and L'Hospitalet-près-l'Andorre, these three plants have the largest capacity in the department. The hydroelectric developments in Ariège can support a city of 600,000 inhabitants. Large industrial plants use the energy produced together with the natural gas from Lacq.

The Ariège Chamber of Commerce and Industry is situated at Foix. The department’s Economic Development Agency (ARIEGE EXPANSION) is at Verniolle.[7] The department has established three ‘business incubators’ to support enterprise in Ariège. 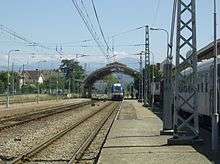 A train arriving in Pamiers station.

Mostly mountainous and rural, the department of Ariège is far from the main transport routes serving the main valleys and coastlines. The railway arrived in the department in 1861 with the Toulouse to Puigcerda line which is the only line that remains open to this day in the department.[8] Besides the trains of the TER Midi-Pyrénées, this route is still served by Intercity trains from Paris-Austerlitz.

Since 2002 Ariège has been connected to the national motorway network via the A66 autoroute which joins the A61 autoroute at Villefranche-de-Lauragais and continues south of Pamiers by the National Route NR20 as a dual carriageway as far as Tarascon-sur-Ariege. The upgrading to autoroute standards on the Pamiers to Tarascon and setting up a dual carriageway to Andorra are dreams for the future.[9]

The populations of the arrondissements (double-counting) are :

The populations of the principal towns (double-counting) are :

Communes with more than 2,000 inhabitants (and trend of the population as at 2006)

NB : The communes in italics are part of the agglomeration of Pamiers.

According to the general census of the population of 8 March 1999, 26.5% of available housing in the department consists of second homes.

The following table indicates the main communes of Ariège in which the number of second homes amounts to more than 10% of total dwellings.[11][12]

The department has two parliamentary constituencies and 13 cantons. In general it can be said that: "With a republican and secular tradition since the Third Republic, Ariege is firmly held by the Socialist Party (PS) even though in recent years the right has managed to sink a few corners of the fortress".[13]

This results in a parliamentary representation that is exclusively PS and a General Council where 19 of the 22 members are PS or close to this party - the political orientation of the department is therefore clearly identified. In 2007 it was the department with the most votes for Ségolène Royal (59.56%). In 2012 it had the third most voters for Francois Hollande in France with 64.69% after Corrèze and Seine Saint-Denis.

Although male/female parity is well respected by MPs (Mrs. Frédérique Massat and Mr. Alain Fauré), all 22 councillors were men until 2011 when two women were elected.

The President of the General Council is Augustin Bonrepaux of the Socialist Party.

The region was originally part of Aquitaine and has retained many hallmarks of the Gascon culture and Gascon language.

The gastronomy of Ariège is based on the cooking of Pyrenean regional food, such as cheese or charcuterie from the mountain country. Azinat is the local and typical dish of Ariège. The department is also well advanced in the field of organic farming.

Notable People linked to the department