For the football team from the same town, see Waasland-Beveren.

The port of the Waasland (Dutch: Waaslandhaven) is located in Beveren, on the left bank of the Schelde, facing the port of Antwerp on the other side of the river.

In Roman times, the Beveren area was at the edge of the sea and heavily influenced by the tides. The earliest inhabitants erected primitive dams, which were later reinforced and heightened by the religious communities that sprung up in the region. The invasions of the Normans in the 9th century prompted the Counts of Flanders and their local vassals to defend this land even more. Among the local nobility were the lords of Beveren, whose territory was eventually ceded to Louis I of Flanders in 1334. Beveren thus became the oldest political centre of the Waasland region – the northeastern part of the historical County of Flanders – basking for more than two centuries in the glory of Flanders and Burgundy. 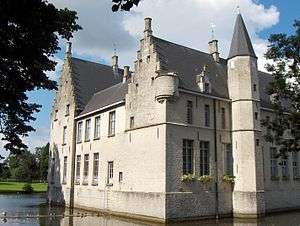 In 1570, a catastrophic tide flooded the area. For strategic reasons linked to the protection of Antwerp, the local authorities decided to dismantle the remaining dams. Five years later, the rights to the territory were sold. The area closest to the Scheldt was bought by an Antwerp merchant, and the rest went to the Duke of Aarschot. This state of affairs lasted until the French Revolution, when the territory was subdivided into the pre-merger communes. From the 17th century on, the territory had slowly been taken back from the sea, until 1846, when the last parcel of land was dammed up.

Beveren was heavily impacted by the North Sea flood of 1953a, which breached the dykes, causing again heavy damage to hundreds of houses. In the 1960s an 1970s, the expansion of the port of Antwerp took place on Kallo’s territory. The village of Doel was reduced from the 900 residents of only 10 years ago to some 250 currently because of the expansion of the port. Vast industrial settlements came in its wake, including a nuclear power plant in Doel, which allows Beveren to provide low municipal tax rates for its inhabitants. The opening of the Liefkenshoek car tunnel under the Scheldt in 1991 further improved access to the left bank. Despite all those developments, Beveren has managed to keep its green areas intact and still offers picturesque landscapes to visitors. 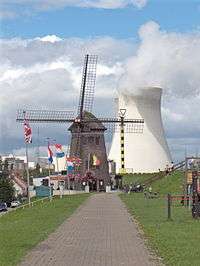 Like many other cities in Belgium, Beveren has a collection of giant puppets who take part in most of the local festivities. The two oldest ones were baptized in 1954.