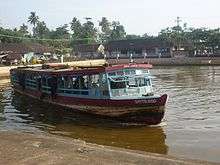 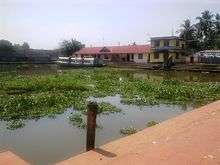 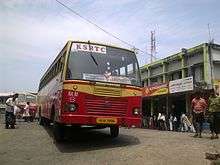 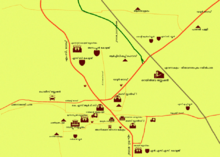 Changanacherry is a municipality in Kottayam district in the state of Kerala, India.

Changanassery is located 18 km south of Kottayam and 8 km north of Thiruvalla and Adoor on the Main Central road. With a population of about 50,000, its population was already 36,000 as early as the 1951 census. The town is situated near the tripoint of Kottayam, Alappuzha and Pathanamthitta districts. 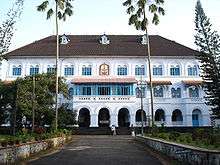 Anandasramam, Shri Narayana Guru of Kerala was involved with the ashram. Anandasramam was inaugurated by Mahatma Gandhi.

Other centers of worship

The St. Berchmans College, also called SB College locally, was founded by the first bishop of the archdiocese of Changanacherry, Thomas Kurialacherry (January 14, 1873 – February 6, 1925), in the year of 1922. It is now affiliated to Mahatma Gandhi University, Kerala and has been reaccredited by NAAC at A+ level. As of 2014 the SB College had 16 departments and offered 35 courses for the students. It has a chapel, library, digital library and a research center. The alumni of SB occupy important positions in different parts of India as well as foreign countries like the United States, Germany, Austria, Kuwait, Qatar, Doha and the UAE.

The Sacred Heart High School, also called SH School locally, Sacred Heart Higher Secondary School, also known as S.H., Changanacherry 9°26'44.4588N 76°33'3.888E is a pioneer among the recognized English Medium Schools in the unaided sector in Kerala,India. The school was founded by Fr. K.J. Antony Kaithara, a member of the Sacred Heart Institution, under the patronage of Mar Mathew Kavukattu, the late Archbishop of Changanacherry in 1964. The ICSE wing started in 2002, and it was raised to a junior college in 2008. The manager of the school is Very Rev. Monsignor Joseph Neduvilezham, Vicar General of the Archdiocese of Chanagancherry; Rev. Fr. Joseph M. Cheruvelil is the Principal and Rev. Fr. Mohan Mundanthanjilil serves as the bursar of the school. Fr. O.J. Varghese was the principal for many decades. The motto of the school is Learn, Labour, Serve. It was mentioned in the Malayalam movie, Varnapakittu. The civil servant, Raju Narayana Swamy studied at S.H.

SJCC was founded in August 2004. SJCC was formally inaugurated by Sri Oommen Chandy, the Chief Minister of Kerala, in the presence of the founder, Archbishop Emeritus Mar Joseph Powathil on 2 July 2005.

Assumption College, is a NAAC accredited women's college in Kerala, India. It is affiliated with Mahatma Gandhi University.The college offers both bachelor's and master's degrees in a variety of subjects.