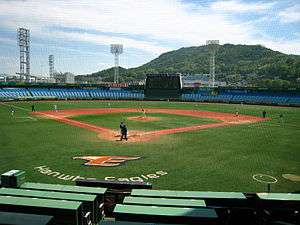 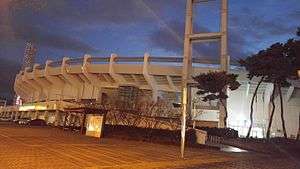 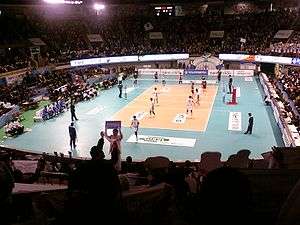 The Daejeon stadium (main stadium) has a capacity of 20,618 and opened in 1964.[1] It was used by Daejeon Citizens before Daejeon World Cup Stadium opened and the team relocated in 2001. It hosted several football preliminaries during the 1988 Summer Olympics in Seoul.

Daejeon Hanbat Baseball Stadium was opened in 1965, and undergone a significant renovation and expansion in 2012. It now has a capacity of 13,500, and serves as home for Hanwha Eagles of Korea Professional Baseball League.

Chungmu Gymnasium is an indoor sports facility that can be used as basketball, or volleyball stadium. It currently serves as home for Samsung Fire Bluefangs and Daejeon KGC of V-League.

Hanbat is the original Korean name of the City of Daejeon. Han means Big and Bat means Field, hence the name of the city where the stadium rests today is a transliteration of the hanja Dae (big) and Jeon (field).