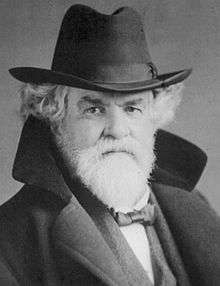 Eggleston was born in Vevay, Indiana, to Joseph Cary Eggleston and Mary Jane Craig. The author George Cary Eggleston was his brother. As a child, he was too ill to regularly attend school, so his education was primarily provided by his father. He was ordained as a Methodist minister in 1856.[2] He wrote a number of tales, some of which, especially the "Hoosier" series, attracted much attention. Among these are The Hoosier Schoolmaster, The Hoosier Schoolboy, The End of the World, The Faith Doctor, and Queer Stories for Boys and Girls.[3]

His boyhood home at Vevay, known as the Edward and George Cary Eggleston House, was listed on the National Register of Historic Places in 1973.[4]

His summer home, Owl's Nest, in Lake George, New York, eventually became his year-round home. [3] Eggleston died there in 1902, at the age of 64.[5] Owl's Nest was declared a National Historic Landmark in 1971. His daughter, the writer, Elizabeth Eggleston Seelye, was married to Elwyn Seelye, the founder of the New York State Historical Association. 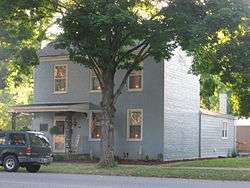