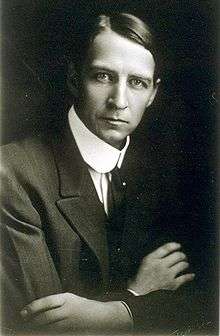 Herbert Eugene Bolton (July 20, 1870 – January 30, 1953) was an American historian who pioneered the study of the Spanish-American borderlands and was a prominent authority on Spanish American history. He originated what became known as the Bolton Theory of the history of the Americas which holds that it is impossible to study the history of the United States in isolation from the histories of other American nations,[1] and wrote or co-authored 94 works. A student of Frederick Jackson Turner, Bolton disagreed with his mentor's Frontier theory and argued that the history of the Americas is best understood by taking a holistic view and trying to understand the ways in which the different colonial and precolonial contexts have interacted to produce the modern United States. The height of his career was spent at the University of California, Berkeley where he served as chair of the history department for 22 years and is widely credited with making the renowned Bancroft Library the preeminent research center it is today.[2]

Bolton was born on a farm between Wilton and Tomah, Wisconsin in 1870 to Edwin Latham and Rosaline (Cady) Bolton. He attended the University of Wisconsin–Madison, where he was a brother of Theta Delta Chi, and graduated with a bachelor's degree in 1895. That same year he married Gertrude Janes, with whom he eventually had seven children.

From 1901 to 1909, Bolton was a history professor at the University of Texas, where he taught medieval and European history. He became interested in the Spanish colonization of the Americas and in summer 1902 began traveling to Mexico in search of historical documents.

The Carnegie Institution asked Bolton to write a report of information found about United States history in Mexican archives, and the report was published in 1913. Soon afterward, Bolton became an associate editor of the Quarterly of the Texas State Historical Association (now the Southwestern Historical Quarterly). 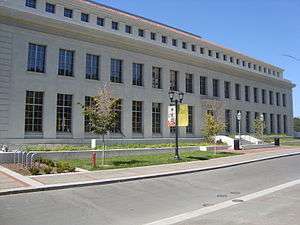 In 1904, Bolton and Eugene C. Barker published With the Makers of Texas: A Source Reader in Texas History, a textbook. In 1906, Bolton began studying Native Americans in Texas for the Bureau of Ethnology, writing more than 100 articles for the Handbook of American Indians North of Mexico.

In 1911, Bolton became a professor at the University of California, Berkeley. There he served as the chair of the history department for 22 years and became the founding director of the renowned Bancroft Library. In his book The Americas, George P. Hammond noted, “the next twenty years might well be called the Bolton era in historical studies at the University of California.” In his dual capacity as founding director and chairperson, he made Bancroft Library a great research center for American history and elevated his department into a top-ranking position in the historical world.[2] Bolton was involved with the 1918 founding of The Hispanic American Historical Review, the first specialized journal of Latin American history, serving as an advisory editor.[3]

He taught the "History of the Americas" course, which enrolled up to a thousand students. His round-table seminar became famous, and the historians trained in that group have long been known as the “Bolton School.”[2] At Berkeley he supervised more than 300 Masters Thesis and 104 doctoral dissertations, an all-time record. In 1914, Bolton published Athanase de Mézières and the Louisiana-Texas Frontier, 1768-1780. A year later, Bolton published Texas in the Middle Eighteenth Century: Studies in Spanish Colonial History and Administration. He declined the presidency of the University of Texas.

Over the next 29 years, Bolton published many works, including Texas in the Middle Eighteenth Century (1921), The Spanish Borderlands (1921), Outpost of Empire (1931), Rim of Christendom (1936) and Coronado (1949), for which he received a Bancroft Prize from Columbia University.

Bolton rose to international fame and received numerous honors by the end of his career. The University of California conferred upon him the Sather Professorship in History. Ten colleges and universities of the United States and Canada granted him their highest honorary degrees. Universities in Latin America gave him honorary membership in their faculties. He was made Commander of the Royal Order of Isabella the Catholic in 1925 by the King of Spain. The government of Italy decorated him for his historical work on Father Kino. Although Bolton was not a Catholic, Pope Pius XII in 1949 named him Knight of St. Sylvester as recognition for his contribution to the history of the Catholic Church in New Spain.[2]

In 1932, Bolton served as president of the American Historical Association, and his presidential address, "The Epic of Greater America," he laid out his vision of hemispheric history.[4] In 1944 retired as a professor at Berkeley. He taught briefly at San Francisco State College (now University) in retirement. He died of a stroke in Berkeley, California, in 1953.

Bolton is best known for his research on Spanish colonial history in the Spanish-American borderlands and his vision of an integrated history of the Americas.

His writings, particularly The Spanish Borderlands, still challenge traditional views of colonial and frontier history. They raise significant questions, such as the role of frontier on Spanish institutions and Spanish-Indian versus Anglo-Indian relations. The search for common historical elements between North and South America remains an open subject, and the call for greater hemispheric history has yet to be answered. Bolton taught enthusiastically until 1953 when he died at the age of 82, and left hundreds of graduate students, who have expanded Borderlands history and seek to make it relevant to 20th-century history.[5]

Bolton's biggest mistake was his February 1937 authentication of Drake's Plate of Brass, which was a forgery of a mythical brass plaque purportedly placed by Sir Francis Drake upon his arrival in 1579.

Bolton Hall on the campus of the University of Wisconsin-Milwaukee is named after him. Bolton taught there when it was the Milwaukee State Normal School in the late 19th century.