HarfBuzz (loose transliteration of Persian حرف‌باز harf-bāz, meaning "Opentype")[1] is a software development library for text shaping, which is the process of converting Unicode text to glyph indices and positions. The newest version, New HarfBuzz, targets various font technologies while the first version, Old HarfBuzz, targeted only OpenType fonts.[2] New HarfBuzz provides only text shaping functions and not text layout or rendering, which require other libraries. Pango, which incorporates HarfBuzz, can be used for higher-level text layout, and FreeType or Anti-Grain Geometry for text rendering.

The goals for New HarfBuzz, as set by the developers, are for HarfBuzz to be beautiful, robust, flexible, efficient, and portable. Some potential applications that are a good fit for HarfBuzz are: graphical user interface (GUI) toolkits, web browsers, word processors, designer tools, font design tools, terminal emulators, batch document processors, and TeX engines.[3] 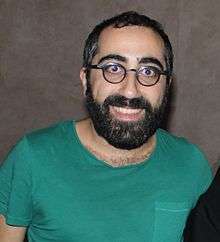 HarfBuzz evolved from code that was originally part of the FreeType project. It was then developed separately in Qt and Pango. Then it was merged back into a common repository with an MIT license. This was Old HarfBuzz, which is no longer being developed, as the path going forward is New HarfBuzz. In 2013, Behdad Esfahbod won the O'Reilly Open Source Award for his work on HarfBuzz.[4]

As of 2016, HarfBuzz users include the open-source toolkits Qt, Pango (GTK+), Mapnik; and the standalone applications Firefox, Chromium,[5] XeTeX, and LibreOffice (Linux version only since 4.1,[6] all platforms since 5.3[7]).