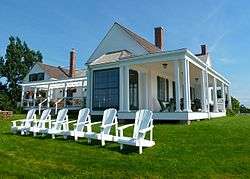 The Pugwash Conferences on Science and World Affairs is an international organization that brings together scholars and public figures to work toward reducing the danger of armed conflict and to seek solutions to global security threats. It was founded in 1957 by Joseph Rotblat and Bertrand Russell in Pugwash, Nova Scotia, Canada, following the release of the Russell–Einstein Manifesto in 1955.

Rotblat and the Pugwash Conference won jointly the Nobel Peace Prize in 1995 for their efforts on nuclear disarmament.[1][note 1] International Student/Young Pugwash groups have existed since founder Cyrus Eaton's death in 1979.

Origin of the Pugwash Conferences

The Russell–Einstein Manifesto, released July 9, 1955, called for a conference for scientists to assess the dangers of weapons of mass destruction (then only considered to be nuclear weapons). Cyrus Eaton, an industrialist and philanthropist, offered on July 13 to finance and host the conference in the town of his birth, Pugwash, Nova Scotia. This was not taken up at the time because a meeting was planned for India, at the invitation of Prime Minister Jawaharlal Nehru. With the outbreak of the Suez Crisis the Indian conference was postponed. Aristotle Onassis offered to finance a meeting in Monaco instead, but this was rejected. Eaton's former invitation was taken up.

Pugwash's "main objective is the elimination of all weapons of mass destruction (nuclear, chemical and biological) and of war as a social institution to settle international disputes. To that extent, peaceful resolution of conflicts through dialogue and mutual understanding is an essential part of Pugwash activities, that is particularly relevant when and where nuclear weapons and other weapons of mass destruction are deployed or could be used."[3]

"The various Pugwash activities (general conferences, workshops, study groups, consultations and special projects) provide a channel of communication between scientists, scholars, and individuals experienced in government, diplomacy, and the military for in-depth discussion and analysis of the problems and opportunities at the intersection of science and world affairs. To ensure a free and frank exchange of views, conducive to the emergence of original ideas and an effective communication between different or antagonistic governments, countries and groups, Pugwash meetings as a rule are held in private. This is the main modus operandi of Pugwash. In addition to influencing governments by the transmission of the results of these discussions and meetings, Pugwash also may seek to make an impact on the scientific community and on public opinion through the holding of special types of meetings and through its publications."[3]

The four Pugwash offices, in Rome (international secretariat), London, Geneva, and Washington D.C., provide support for Pugwash activities and serve as liaisons to the United Nations and other international organizations.

There are approximately fifty national Pugwash groups, organized as independent entities and often supported or administered by national academies of science. 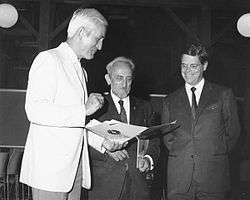 Pugwash's first fifteen years coincided with the Berlin Crisis, the Cuban Missile Crisis, the Warsaw Pact invasion of Czechoslovakia, and the Vietnam War. Pugwash played a useful role in opening communication channels during a time of otherwise-strained official and unofficial relations. It provided background work to the Partial Test Ban Treaty (1963), the Non-Proliferation Treaty (1968), the Anti-Ballistic Missile Treaty (1972), the Biological Weapons Convention (1972), and the Chemical Weapons Convention (1993). Former US Secretary of Defense Robert McNamara has credited a backchannel Pugwash initiative (code named PENNSYLVANIA) with laying the groundwork for the negotiations that ended the Vietnam War.[4] Mikhail Gorbachev admitted the influence of the organisation on him when he was leader of the Soviet Union.[5] In addition, Pugwash has been credited with being a groundbreaking and innovative "transnational" organization[6] and a leading example of the effectiveness of Track II diplomacy.

During the Cold War, it was claimed that the Pugwash Conference became a front conference for the Soviet Union, whose agents often managed to weaken Pugwash critique of USSR and instead concentrate on blaming the United States and the West.[7] In 1980, the House Permanent Select Committee on Intelligence received a report that the Pugwash Conference was used by Soviet delegates to promote Soviet propaganda. Joseph Rotblat said in his 1998 Bertrand Russell Peace Lecture that there were a few participants in the conferences from the Soviet Union "who were obviously sent to push the party line, but the majority were genuine scientists and behaved as such".[8]

In 1995, fifty years after the bombing of Nagasaki and Hiroshima, and forty years after the signing of the Russell–Einstein Manifesto, the Pugwash Conferences and Joseph Rotblat were awarded the Nobel Peace Prize jointly

"for their efforts to diminish the part played by nuclear arms in international politics and, in the longer run, to eliminate such arms".

"encourage world leaders to intensify their efforts to rid the world of nuclear weapons".

In his acceptance speech, Rotblat quoted a key phrase from the Manifesto:

From the 1965 Pugwash conference came a recommendation to establish the International Foundation for Science "in order to address the stultifying conditions under which younger faculty members in the universities of developing countries were attempting to do research".[10] The organization gives grants to early-career scientists in low-income countries for work on local water resources and biology.[10]

Pugwash does not have formal membership. All participants take part in their individual capacities and not as representatives of any organization, institution or government. Anyone who has attended a meeting is considered a "Pugwashite". There are more than 3,500 "Pugwashites" worldwide.

Other Examples of Current and Former Pugwashites

As the birthplace of the Pugwash movement, the Thinkers' Lodge was designated a National Historic Site of Canada in 2008.[15]