Kannada cinema, colloquially referred to as Chandanavana or Sandalwood,[3][4] is a part of Indian cinema, where motion pictures are produced in the Kannada language. As of 2013, the Kannada film industry based in Bengaluru, Karnataka, produces more than 100 films each year.[5] Kannada films are released in a total of 950 single screen theatres in Karnataka and a few of them are also released in the United States, Australia, Germany, the United Kingdom and other countries.[6][7]

The first government institute in India to start technical courses related to films was established in 1941 named as occupational institute then named as S. J. Polytechnic in Bengaluru. In September 1996, two specialized courses, Cinematography and Sound & Television were separated and the Government Film and Television Institute was started at Hesaraghatta, under the World Bank Assisted Project for Technician Development in India.[8] The industry is known for Kannada language literary works, being translated into motion pictures. Some of the works which received global acclaim include B. V. Karanth's Chomana Dudi (1975), Girish Karnad's Kaadu (1973), Pattabhirama Reddy's Samskara (1970) (based on a novel by U. R. Ananthamurthy), which won Bronze Leopard at Locarno International Film Festival,[9] and Girish Kasaravalli's Ghatashraddha (1977) which won the Ducats Award at the Manneham Film Festival Germany.[10][11][12] 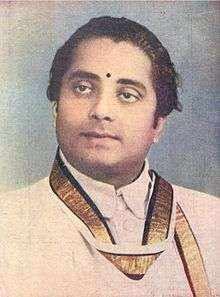 In 1934, the first Kannada talkie, Sati Sulochana,[14] appeared in theatres, followed by Bhakta Dhruva (aka Dhruva Kumar). Sati Sulochana was shot in Kolhapur at the Chatrapathi studio; most filming, sound recording, and post-production was done in Chennai. In 1949, Honnappa Bhagavathar, who had earlier acted in Gubbi Veeranna's films, produced Bhakta Kumbara and starred in the lead role along with Pandaribai. In 1955, Bhagavathar again produced a Kannada film, Mahakavi Kalidasa, in which he introduced actress B. Saroja Devi.[15] 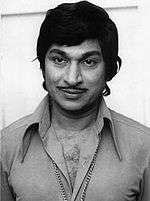 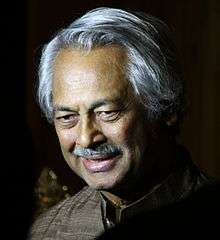 Girish Kasaravalli one of the pioneers of Kannada parallel cinema 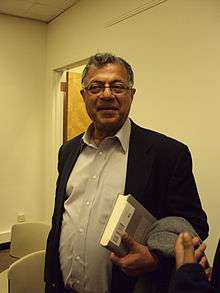 Girish Karnad at Cornell University in 2009

Ku Ra Seetharama Sastry was an actor, film director, lyricist, and screen playwright from the mid-forties through the late seventies. He introduced several artists to Kannada film industry, including Shivaram and Shakthi Prasad (Karaga Shakti, father of Kannada, Telugu and Tamil actor/director Arjun Sarja). Rajkumar 's first movie as a lead actor Bedara Kannappa (1954) was the first Kannada movie which completed 365 days at the theatres and it received a letter of appreciation from the central government.

The majority of the films during these decades were either mythological or historical in nature. Rajkumar, Narasimharaju and G. V. Iyer decided to form a partnership and produce movies which included Ranadhira Kanteerava. The first colour movie in Kannada, Amarashilpi Jakkanachari was made in the year 1964 by B.S Ranga. Prominent Directors during this period were HLN Simha, T.V Singh Takur, Dorai-Bagavan, B.S Ranga, KSL Swamy, Siddhalingiyah and Puttana Kanagal.

Puttana Kanagal 's directorial works include Belli Moda, Gejje Pooje, Saakshathkaara, Sharapanjara, Naagarahaavu, Upasane and Ranganayaki. He made female centric movies which did not have the usual fight scenes and dance. He introduced many actors including Kalpana, Aarathi, Vishnuvardhan, Ambarish, Srinath, Ramakrishna and Ashok. Leelavathi, Jayanthi, B.Sarojadevi, Bharathi, and Kalpana were some of the prominent actress during this period.

In 2012, Films Division produced a 93-minute film on B. V. Karanth called BV Karanth:Baba. The film bases itself on BV Karanth's autobiography in Kannada called Illiralaare, Allige Hogalaare (I can't stay here, I won't go there) complied by well known Kannada writer Vaidehi.[18] Kannada actress Umashree won a Best Actress National Award for the movie Gulabi Talkies in 2009. The film also screened at Osian's Cinefan Festival of Asian and Arab Cinema and won three awards: Best Film in Indian Competition, Best Actress in Indian Competition (Umashree), and Best Actor in Indian Competition (Vinay BM). Kannada cinema celebrated its 75-year anniversary Amrutha Mahotsava in 2009 on the palace grounds in Bangalore on 1 March 2009 under the direction of V. Ravichandran, featuring a set resembling an open-winged bird. It was attended by many stars from Kannada cinema as well as actors from other film industries who had a stint in Kannada films.[19]