Cinema of the Faroe Islands 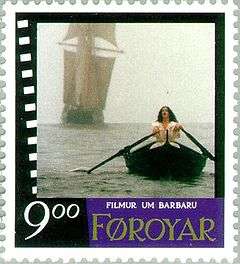 The cinema of the Faroe Islands does not have a long history.

The Faroe Islands has a small population, and due to the high initial cost of movie making, the islands' cinema history is modest. (On the other hand, writing and book publishing is very popular). The first director of the Faroe Islands was Katrin Ottarsdóttir. Her first film set in the Faroe Islands was Atlantic Rhapsody in 1989. However, the first feature films in Faroese language with full Faroese castings ("Rannvà" 1975, "Heystblómur" 1976 and "Pall Fángi" 1977) were made in the mid-seventies by Miguel Marín Hidalgo, a Spaniard who stayed for several years in the Faroe Islands.

In 2012 the first Faroese film prize was established, it is called Geytin. The young Faroese director Sakaris Stórá won the first award for his short film Summarnátt (Summer night). In 2013 he directed a new short film Vetrarmorgun (Winther morning), which was awarded at the 64th Berlin International Film Festival.

In 2014 grants for filmmaking were on the Faroese Government Budget (fíggjarlógin) for the first time. 22 applied for a grant, 9 of these received a grant, all together the grants were 485 000 DKK.[1]