Stéphanie (21 May 1864 – 23 August 1945) was a Belgian princess by birth and became Crown Princess of Austria through her marriage to the heir-apparent of the Habsburg dynasty, Archduke Rudolf. She was famously widowed in 1889 when Rudolf and his mistress, Mary Vetsera, were found dead in an apparent murder-suicide pact at the Imperial hunting lodge at Mayerling in the Vienna Woods.

Her grandfather Leopold I of Belgium was the country's first king. Her aunt, Charlotte of Belgium, the future ill-fated Empress of Mexico, was married to Maximilian, the brother of her future father-in law, the Austrian Emperor Franz Joseph.

Stéphanie Clotilde Louise Herminie Marie Charlotte was born at the Royal Palace of Laeken in the kingdom of Belgium. Her mother, Queen Marie Henriette, was an Archduchess of Austria by birth and aunt to the Queen of Spain. Her father, Leopold II of Belgium, finally became king of the Belgians in December 1865. The royal couple were ill-suited for each other and had an unhappy marriage. The contradictory Leopold II was serious and delicate. Marie Henriette was undisciplined, outspoken, and boisterous. Leopold was openly abrasive to her, and tried to dominate her with his criticisms and frequent infidelity. While her natural charm made Marie Henriette more popular with her Belgian subjects than her husband, she eventually retired from court life to escape him, and lived the rest of her life in Spa near the Ardennes.[1]

Leopold had little interest in Stéphanie and her older sister Princess Louise, and the education of his daughters was neglected as he focused all his doting attention on his son, Prince Léopold, Duke of Brabant, the future of the Saxe-Coburg and Gotha dynasty in Belgium. Tragically, when he was nine Prince Leopold caught pneumonia and died. His father never recovered. He reconciled briefly with Marie Henriette solely in the hope of producing another male heir, but the result was the birth of Princess Clémentine in 1872. Leopold thereafter lost interest in his family. He turned his attentions to the notorious creation of the Congo Free State, which was his personal fiefdom and not a Belgian colonial territory, and as such its ruthless exploitation amassed him a vast private fortune.[2] Leopold also rejected his family for his mistresses; he had so many scandalous liaisons that he was known to his subjects as Le Roi des Belges et des Belles (“The King of the Belgians and of the Beauties”). In 1909, on his deathbed, he married his favorite mistress in an attempt to expunge the sin of infidelity.[1] 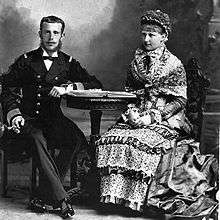 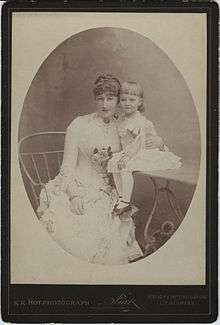 The Crown Princess with her daughter in 1885

Brought up in the unhappy life that was the product of their parents' arranged marriage, Stéphanie and her sister did no better in their own. Louise was married to her cousin, Prince Philipp of Saxe-Coburg, a harsh man who was fourteen years her senior. After she tried to elope with her lover, Leopold had her committed to a mental asylum. She was finally granted a divorce in 1907.

In March 1880, Rudolf, Crown Prince of Austria was invited to the Belgian court at the insistence of Leopold II. Rudolf arrived in Brussels on 5 March. After meeting the fifteen-year-old Princess Stéphanie, he wrote to his mother, Empress Elisabeth, "I have found what I sought," noting that she was "pretty, good, [and] clever". Unable under canon law to marry his cousin Archduchess Maria Antonia and having refused several Infantas of Portugal and Spain, he found that Stéphanie was one of the few available Catholic princesses in Europe. Under pressure by his parents to marry as soon as possible, the Crown Prince was satisfied with her and by the 7th of March, he asked for her hand and announced their engagement. Stephanie was despatched to Vienna to be taught Imperial court etiquette in preparation for her marriage but a month after her arrival, the ladies-in-waiting realized that the girl had not yet reached puberty. When the obvious questions were put to her, it became clear that she had no idea what was meant; she had been left completely ignorant of the facts of life. The wedding had to be postponed, and the humiliated girl was sent back to Belgium for a time.[3] Rudolf's mother was deeply disappointed with the match as the Belgian monarchy dated only from 1830 and did not compare to the Habsburgs in terms of seniority, though its royal house was a branch of that of Saxony, one of the oldest ruling houses in Europe. Rudolph's father the emperor was pleased, however, and approved the marriage.

On 10 May 1881, several weeks before her 17th birthday, Princess Stéphanie of Belgium married the Crown Prince in the Saint Augustine's Church in Vienna. Her parents walked her down the aisle. Among the illustrious attendees were the future King Edward VII of the United Kingdom and his nephew, the future German Emperor Wilhelm II. In honour of the nuptials, which were celebrated lavishly throughout Austria, the Austrian astronomer Johann Palisa named asteroid 220 Stephania in her honour in 1881, commemorating the union. After the ceremony, the couple honeymooned at Laxenburg outside the capital.

The marriage was happy at first, but difficulties reportedly developed. Though intelligent, Rudolf was highly strung, unconventional, impulsive and very liberal, while Stéphanie's very conservative upbringing left her conventional, formal, and reactionary. Their only child, Archduchess Elisabeth Marie of Austria, was born at Laxenburg Castle on 2 September 1883. She was known within the family as "Erzsi," short for "Erzsébet," the Hungarian form of "Elisabeth." Stephanie received little support from the Imperial family during her marriage. The exceptionally beautiful Empress Elisabeth avoided Stéphanie and disdained her, knowing she was such an inadequate match for her son. The Empress turned out to be right on the matter as the relationship fell apart quickly. Rudolf is said to have infected Stephanie with a venereal disease which made further pregnancies impossible, and they reportedly discussed divorce. Both began to seek consolation outside their marriage. During a visit to Galicia (presently, a region divided between Poland and Ukraine) in 1887, Stéphanie fell in love with a Polish Count. During the next eighteen months, she did not try to hide her affections for the count from her husband, who continued his own liaisons.

In 1889 Rudolf and Baroness Mary Vetsera, his lover, were found shot to death in the Mayerling incident. 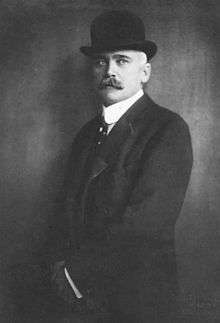 On 22 March 1900 at Miramare, Italy (then part of the Austro-Hungarian Empire), Stéphanie married Count Elemér Lónyay de Nagy-Lónya et Vásáros-Namény (Bodrogolaszi, 24 August 1863 - Budapest, 20 July 1946), a Hungarian count of low rank who, in 1917, was elevated by the Emperor of Austria to the rank of Fürst. She settled with her new husband in his castle Oroszvár - Rusovce in western Hungary, today's Slovakia, until the advancing Red Army forced them to flee their estate. They found sanctuary in the Benedictine abbey of Pannonhalma, near Györszentmárton, Hungary.

In 1935 she wanted to publish her memoirs to set the record straight, but this caused a scandal and a court forbade their distribution. These memoirs were eventually published outside of Austria as Ich sollte Kaiserin werden (I Was To Be Empress).

Stéphanie died at Pannonhalma on 23 August 1945. Her only child, Archduchess Elisabeth Marie of Austria, had four children:

As the New York Times noted, Stéphanie "invented a new chafing dish and spirit lamp combined, and [took] out patents in England, France, Germany, Italy, and Belgium." [5] Her 1908 decision to take out a US patent on a chafing dish surprised the New York Times, not because of her lineage but because "throughout Europe the proficiency of Columbia’s daughters with the chafing dish is traditional…."[5]

Here are the primary titles and styles that Stéphanie enjoyed from birth to death in chronological order:

Media related to Princess Stéphanie of Belgium at Wikimedia Commons