Saint Roch or Rocco (lived c. 1348 – 15/16 August 1376/79 (traditionally c. 1295 – 16 August 1327[2])) was a Catholic saint, a confessor whose death is commemorated on 16 August; he is specially invoked against the plague. He may also be called Rock in English, and has the designation of St Rollox in Glasgow, Scotland, said to be a corruption of St Roch's Loch.[3] He is a patron saint of dogs, falsely accused people, bachelors, and several other things. 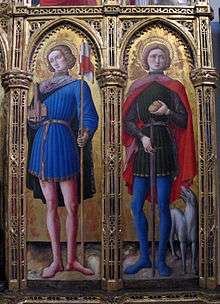 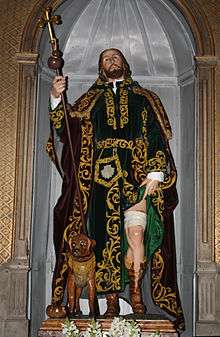 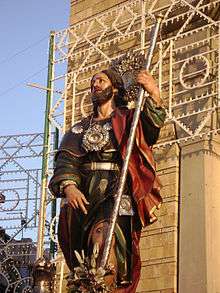 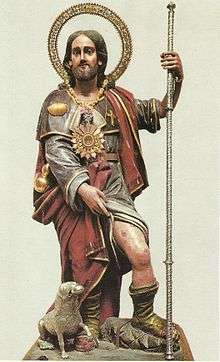 According to his Acta and his vita in the Golden Legend, he was born at Montpellier, at that time "upon the border of France", as the Golden Legend has it,[4] the son of the noble governor of that city. Even his birth was accounted a miracle, for his noble mother had been barren until she prayed to the Virgin Mary. Miraculously marked from birth with a red cross on his breast that grew as he did, he early began to manifest strict asceticism and great devoutness; on days when his "devout mother fasted twice in the week, and the blessed child Rocke abstained him twice also, when his mother fasted in the week, and would suck his mother but once that day".[5]

On the death of his parents in his twentieth year he distributed all his worldly goods among the poor like Francis of Assisi—though his father on his deathbed had ordained him governor of Montpellier—and set out as a mendicant pilgrim for Rome.[6] Coming into Italy during an epidemic of plague, he was very diligent in tending the sick in the public hospitals at Acquapendente, Cesena, Rimini, Novara[7] and Rome, and is said to have effected many miraculous cures by prayer and the sign of the cross and the touch of his hand. At Rome, according to the Golden Legend he preserved the "cardinal of Angleria in Lombardy"[8] by making the mark of the cross on his forehead, which miraculously remained. Ministering at Piacenza he himself finally fell ill. He was expelled from the town; and withdrew into the forest, where he made himself a hut of boughs and leaves, which was miraculously supplied with water by a spring that arose in the place; he would have perished had not a dog belonging to a nobleman named Gothard Palastrelli supplied him with bread and licked his wounds, healing them. Count Gothard, following his hunting dog that carried the bread, discovered Saint Roch and became his acolyte.

On his return incognito to Montpellier he was arrested as a spy (by orders of his own uncle) and thrown into prison, where he languished five years and died on 16 August 1327, without revealing his name, to avoid worldly glory. (Evidence suggests, as mentioned earlier, that the previous events occurred, instead at Voghera in the 1370s.) After his death, according to the Golden Legend,

anon an angel brought from heaven a table divinely written with letters of gold into the prison, which he laid under the head of S. Rocke. And in that table was written that God had granted to him his prayer, that is to wit, that who that calleth meekly to S. Rocke he shall not be hurt with any hurt of pestilence

The townspeople recognized him as well by his birthmark;[9] he was soon canonized in the popular mind,[10] and a great church erected in veneration.

The date (1327) asserted by Francesco Diedo for Saint Roch's death would precede the traumatic advent of the Black Death in Europe (1347–49) after long centuries of absence, for which a rich iconography of the plague, its victims and its protective saints was soon developed, in which the iconography of Roche finds its historical place: previously the topos did not exist.[11] In contrast, however, St. Roch of Montpellier cannot be dismissed based on dates of a specific plague event. In medieval times, the term "plague" was used to indicate a whole array of illnesses and epidemics.

The first literary account is an undated Acta that is labeled, by comparison with the longer, elaborated accounts that were to follow, Acta Breviora, which relies almost entirely on standardized hagiographic topoi to celebrate and promote the cult of Roch.[12]

The story that when the Council of Constance was threatened with plague in 1414, public processions and prayers for the intercession of Roch were ordered, and the outbreak ceased, is provided by Francesco Diedo, the Venetian governor of Brescia, in his Vita Sancti Rochi, 1478. The cult of Roch gained momentum during the bubonic plague that passed through northern Italy in 1477–79.[13]

According to the doctoral thesis of history student Pierre Bolle in 2001,[14] Saint Roch is a hagiographical doublet of a more ancient saint, Racho of Autun, Burgundy who died about 660. Racho was invoked for protection against storms and Bolle believes that his name was the basis of the name of this saint and of his patronage of plague-sufferers via a process of aphaeresis of the Old French word for a storm, tempeste, to -peste "plague". This also accords with the equilibrium of humours theory of medieval medicine of Western Europe that held that illness could be caused by corruption of the air.

Gian Paolo Vico, of the Associazione San Rocco Italia,[15] states that a prisoner of French origin who had been held there for five years died in Voghera, Italy during the night of 15–16 August between 1376 and 1379. This prisoner had, according to some sources, attained a certain fame for sanctity in Piacenza and Sarmato. According to Vico, the 1391 calendar of Voghera records a midsummer festival in honor of Sancti Rochi (Saint Roch of Montpellier, on 16 August) and not Sancti Rochonis (Racho of Autun, on 25 January), indicating the existence of two different saints.[16] This information strongly suggests that a local cult and feast of Roch of Montpellier existed at least as early as 1391, starting in Voghera before Montpellier. We also have documentation that the body of Roch of Montpellier was in Voghera in 1469 and that it has been venerated since at least then. There is also indications of a feast in his honor being celebrated in 1483 in the presence of his remains. This information has led to the now common belief that Roch probably died in Voghera instead of Montpellier. 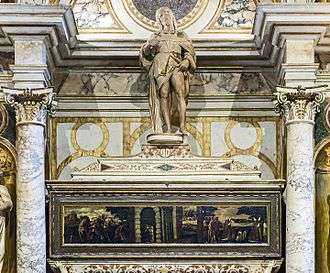 Tomb of Saint Roch in Venice.

His popularity, originally in central and northern Italy and at Montpellier, spread through Spain, France, Lebanon, the Low Countries, Brazil and Germany, where he was often interpolated into the roster of the Fourteen Holy Helpers, whose veneration spread in the wake of the Black Death. The magnificent 16th-century Scuola Grande di San Rocco and the adjacent church of San Rocco were dedicated to him by a confraternity at Venice, where his body was said to have been surreptitiously translated and was triumphantly inaugurated in 1485;[17] the Scuola Grande is famous for its sequence of paintings by Tintoretto, who painted St Roch in glory in a ceiling canvas (1564). 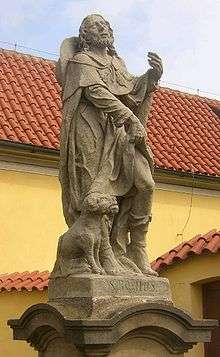 We know for certain that the body of St. Roch was carried from Voghera, instead of Montpellier as previously thought, to Venice in 1485. Pope Alexander VI (1492–1503) built a church and a hospital in his honor. Pope Paul III (1534–1549) instituted a confraternity of St. Roch. This was raised to an arch-confraternity in 1556 by Pope Paul IV; it still thrives today.[18] Saint Roch had not been officially recognized as yet, however. In 1590 the Venetian ambassador at Rome reported back to the Serenissima that he had been repeatedly urged to present the witnesses and documentation of the life and miracles of San Rocco, already deeply entrenched in the Venetian life, because Pope Sixtus V "is strong in his opinion either to canonize him or else to remove him from the ranks of the saints"; the ambassador had warned a cardinal of the general scandal that would result if the widely venerated San Rocco were impugned as an impostor. Sixtus did not pursue the matter but left it to later popes to proceed with the canonization process.[19] His successor, Pope Gregory XIV (1590–1591), added Roch of Montpellier, who had already been memorialized in the Holy Sacrifice of the Mass for two centuries, to the Roman Catholic Church Martyrology, thereby fixing August 16 as his universal feast day.[16]

Numerous brotherhoods have been instituted in his honor. He is usually represented in the garb of a pilgrim, often lifting his tunic to demonstrate the plague sore in his thigh, and accompanied by a dog carrying a loaf in its mouth. The Third Order of Saint Francis, by tradition, claims him as a member and includes his feast on its own calendar of saints, observing it on August 17.

Saint Roch joined Gerard of Lunel (San Gerardo) as a patron saint of the city of Potenza, Italy.

Following the Black Death, especially the Italian plague epidemic of 1477-79, new images of Christian martyrs and saints appeared and Saint Roch gained new fame and popularity. The religious art of the time emphasized the importance of the saint to plague-ridden Christians.

The new plague-related images of Saint Roch were drawn from a variety of sources. Plague texts dating from ancient and classical times, as well as Christian, scientific and folk beliefs, all contributed to this emerging visual tradition. Some of the most popular symbols of plague were swords, darts, and most especially arrows. There was also a prevalence of memento mori themes, dark clouds, and astrological signs (signa magna) such as comets, which were often referenced by physicians and writers of plague tracts as causes of plague. The physical symptoms of plague – a raised arm, a tilted head, or a collapsed body – began to symbolize plague in post-Black Death painting.[20]

Plague saints offered hope and healing before, during, and after times of plague. A specific style of painting, the plague votive, was considered a talisman for warding off plague. It portrayed a particular saint as an intercessor between God and the person or persons who commissioned the painting – usually a town, government, lay confraternity, or religious order to atone for the "collective guilt" of the community.[21]

These plague votives worked as a psychological defense against disease in which people attempted to manipulate their situation through requesting the intercession of a saint against the arrows of plague. Rather than a society depressed and resigned to repeated epidemics, these votives represent people taking positive steps to regain control over their environment. Paintings of St. Roch represent the confidence in which renaissance worshipers sought to access supernatural aid in overcoming the ravages of plague.

The very abundance of means by which people invoked the aid of the celestial court is essential in understanding Renaissance responses to the disease. Rather than depression or resignation, people "possessed a confidence that put even an apocalyptic disaster of the magnitude of the Black Death into perspective of God's secure and benevolent plan for humankind."[22]

The plague votives functioned both to request intercessory aid from plague saints and to provide catharsis for a population that had just witnessed the profound bodily destruction of the plague. By showing plague saints such as St. Roch and St. Sebastian, votives influenced the distribution of God's mercy by invoking the memory of the human suffering experienced by Christ during the Passion. In the art of St. Roch after 1477 the saint displayed the wounds of his martyrdom without evidence of pain or suffering. Roch actively lifted his clothing to display the plague bubo in his thigh. This display of his plague bubo showed that "he welcomed his disease as a divinely sent opportunity to imitate the sufferings of Christ… [his] patient endurance [of the physical suffering of plague was] a form of martyrdom."[23]

Roch's status as a pilgrim who suffered plague is paramount in his iconography. "The sight of Roch scarred by the plague yet alive and healthy must have been an emotionally charged image of a promised cure. Here was literal proof that one could survive the plague, a saint who had triumphed over the disease in his own flesh."[23] 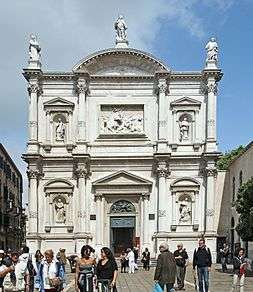 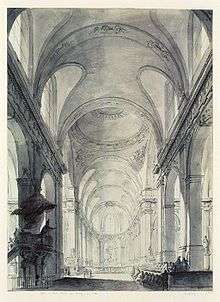 Other things named after St Roch