San Nicolás de los Arroyos (usually shortened to San Nicolás) is a city in the province of Buenos Aires, Argentina, on the western shore of the Paraná River, 61 km (38 mi) from Rosario. It has about 138,000 inhabitants (2001 census [INDEC]). It is the administrative seat of the partido of the same name. It is sometimes called Ciudad de María (City of Mary) due to a series of Marian apparitions recorded since the 1970s. 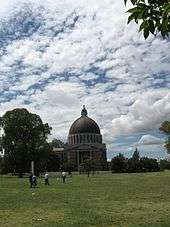 Sanctuary of Our Lady of the Rosary of San Nicolás

San Nicolás de los Arroyos was founded on 14 April 1748 by Rafael de Aguiar, who gave it its name to honour Saint Nicholas of Bari, now patron of the city.

The closeness to the border between Buenos Aires and two other large provinces made the city a natural stage for the struggle between federalist and Unitarians forces in mid-19th century. The agreement between thirteen provinces on 31 May 1852, which ratified the Federal Pact and called for a Constitutional Assembly sponsored by Justo José de Urquiza, was signed in this town, and became known as Acuerdo de San Nicolás de los Arroyos.

Its main accesses are in the north-south axis: the Rosario-Buenos Aires Highway, and the Nuevo Central Argentino railroad.

San Nicolás has an important port on the Paraná, able to service large cargo ships. The railway system has passenger and cargo stations, the latter reaching up to the port.

The city has 43 kindergarten institutions, 58 schools of Elementary Education, 28 of High-school level (both public and private), 26 schools for adults and a large number of tertiary studies institutes. It is also home of the San Nicolás Regional Faculty, a branch of the National Technological University (UTN)

There are a variety cultural institutions in the city, though the most important one is perhaps the Rafael de Aguiar Municipal Theatre, founded on August 10, 1908, and designed as a smaller model of the Teatro Colón in Buenos Aires.

Among the many libraries in the city, the oldest and largest is the Rafael de Aguiar Popular Library, founded in 1947 by Juana Couretot de Guella. 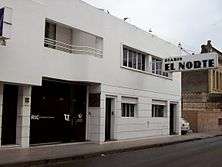 Mitre Square and the Cathedral of San Nicolás de Bari 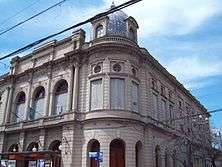 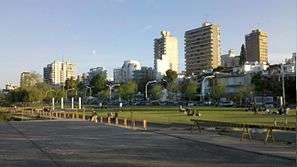