Sankagiri or Sankari is a panchayat town in Salem district in the Indian state of Tamil Nadu. It is situated on the National Highway 47, on the Coimbatore - Salem section.

As of the 2009 India census,[1] Sankari had a population of 1,34,567. Male constitute 52% of the population and female 48%. Sankari has an average literacy rate of 68%, higher than the national average of 59.5%: Male literacy is 75%, and female literacy is 60%. In Sankari, 10% of the population is under 6 years of age. 40% percent of the people are engaged in agriculture, the remaining are lorry proprietors. Around Sankari many Schools are there. Now the education and the literacy rate of the people around is increasing rapidly. 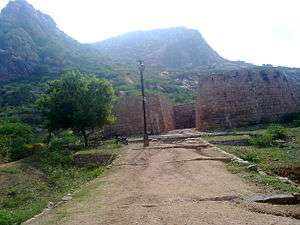 Sankagiri Fort was built in the 15th century by the Vijayanagar empire. It was later under the control of Dheeran Chinnamalai (no evidence for this) and Tippu Sultan before the British annexed it to their territory. Dheeran Chinnamalai was hanged by the British at Sankagiri Fort on 31 July 1805. The fort later served as a British tax storage facility for Kongu Nadu and the town developed around it. Sankagiri, pronounced as San-ka-giri in Tamil. Sangu means counch and Giri means hill.

The economy of the town was predominantly dependent on agriculture. Over the past decade, truck, cement and steel industries have developed around the town contributing to the economy.There is a cement plant of the renowned India Cements Limited which has a production capacity of 2000T/day and of late lorry industry in sankagiri is fast picking up with trichengode and namakkal,places renowned for truck industry in the country. 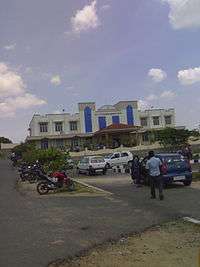 National Highway 47 passes near Sanakagiri connecting the town with Salem and Coimbatore. The nearest railway station is Sankari Durg (SGE).