Mettur is an industrial and tourism town located in the Salem district in the state of Tamil Nadu, India. It is best known for the Mettur Dam.

Mettur is known for its huge dam, power, chemicals and aluminium. The maximum percentage of water requirements for irrigation in Tamil Nadu depends on the Mettur Dam. Usually the dam opens in June every year for irrigation in the Kaveri Delta. Mettur is one of the sources of electricity for Tamil Nadu. The Mettur Thermal Power Station acts as a Base load power plant for the Tamil Nadu Electricity Board. As of 2011, the town had a population of 52,813.

Mettur Dam, also called Stanley Reservoir, is constructed across the Kaveri River in Tamil Nadu. It was constructed in 1934 took 9 years to complete. Maximum height and width of the Dam are 214 and 171 feet respectively. Maximum storage height is 120 feet. Mettur Dam receives the water from both Kabini Dam and Krishna Raja Sagara Dam located in Karnataka. There are 2 hydro electric power stations in Mettur Dam. First Hydro Power station was constructed in British Ruling period and Second was on Indian Republic. There is a park under Dam called Ellis Park maintained by Tamil Nadu Public Works Department.

Mettur is one of the sources of Electricity for Tamil Nadu. It has Thermal and Hydro Electric Power Stations.

Thermal Power Station acts as one of the Base load power plant for Tamil Nadu Electricity Board TNEB. Capacity of Thermal Power station is 840MW. Presently it has 4 units of 210MW each. There is a new power station- ll with a capacity of 600MW. now it is running.

It is having one of the largest private sector power suppliers MALCO, with a power generation capacity of 100 MW from four units of 25MW each.

Mettur is also called "Aluminium city of Tamil Nadu". Its aluminium plant, operated by Madras Aluminium Company (MALCO) has its own bauxite mines at Yercaud (Salem district) and Kolli Hills (Namakkal district). The company is one of the five integrated primary aluminium producers in India, with an alumina refinery capacity of 55,000 tonne per annum (tpa) and an aluminium smelter capacity of 29,500 tpa...

Mettur has a number of industries; an important one is Mettur Chemicals (now known as Chemplast) which has four large plants manufacturing chemicals, soaps and industrial gases and MALCO (Madras Aluminium Company). MALCO runs a matriculation and higher secondary school. SISCOL (Southern Iron and Steel Company Limited, now a part of Jindal groups (JSW Steel Ltd)) is a new addition to the region though it is located a little off Mettur. SISCOL is located at Pottaneri, 15 km from Mettur and 32 km from Salem the district headquarters. SAIL's Salem Steel plant is nearby. High-grade granite is quarried in the Eli Karadu Hills. 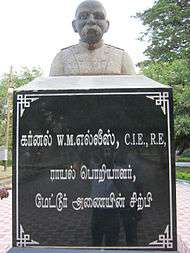 Mettur can be divided into upper and lower Mettur based on whether the part of the town lies upstream or downstream of the river.

Mettur, meaning 'town with crests and troughs', obtained its name owing to the undulating rocky nature of the land that makes the town an ideal place for the dam on Cauvery river the life line of north and central Tamil Nadu. Stanley Reservoir.

Palamalai (malai means hill in local lingo) is an offshoot of the Eastern Ghats geographically contiguous with the BR hills Biligiriranga Hills range as they reach out to merge with the Western Ghats at Nilgiris.

The town houses the Stanley reservoir, which is a standing example of British stone masonry and the dam 1700 metres in length. The reservoir capacity touches 120 feet, when full and could go few feet beyond its full capacity during surplus seasons.

The town is hemmed to a narrow strip of less than a kilometre (the dam's length) in width by the cauvery let out by the Dam on the east and Eli karadu (Mouse hill) on the west which forms an interesting pattern of three similar peaks with identical longer shoulders to their left increasing in height from the Dam's crest level about a 1000 ft from sea level in the north to about 4000 ft peak in the Pallamalai. 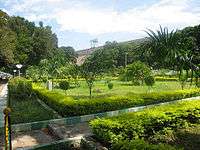 There is a park located beneath Mettur Dam, where you can see Snake park, Deer park and beautiful scenery of dam along with spicy fish curry. Charge for sightseeing of Dam fixed Rs 5/Head.

Nerinjipettai is about 4 km from the heart of Mettur at the foot of palamalai, the hills almost reach out to the river with just the State Highway from Mettur to Erode between the river and the hills. There is a boat transportation to Poolampatti, a place best known for shooting films.

Pannavadi parisal thurai near Kolathur is located 12 km far from Mettur. There is a boat transportation in between the Kolathur and Nerupur of dharmapuri district. The boat transportation also available from koattaiyur it is 20 km from Mettur. When the water level decreases in Mettur dam, we can see an Old Nandhi statue, an old church, a palace (Koattai) of Tippu Sultan which was sunk inside the water. It is nearer to Koattaiyur and Pannavadi. It is possible to travel by fishermen's boat from any of the place mentioned.

Palar, located 30 km from Mettur is at the border for Karnataka and Tamil Nadu State.

Male Mahadeshwara Hills famous pilgrimage in Karnataka for lord shiva located 40 km from Mettur. From There you can reach Mysore also.

Edithaangi Muniappan Kovil is one of the famous Hindu temples located near to the stanely reservoir. It was built by a British engineer during the period of designing stanely reservoiur. St Marys' church is one of the famous churches in Mettur. The annual feast of this church will be celebrated on every year on 15 Aug. Thanga Malai Murugan temple within the town is a local attraction during festivals. Villagers in Mettur celebrate the Mariamman festival during the summer vacation time (Month of may) and lasts for one whole week. Aadi Perukku the famous festival is celebrated every year on 18th day of Tamil month Adi. Mettur R.S Kalimamman Kovil is also a much revered temple to the people living in the upper part of Mettur Dam. Mecheri Kaliamman kovil is famous for "Amavasai" (No moon day). Thangamapuripattinam Sri Sakthi Periya Mariamman temple is famous for "Pournami" (Full moon day), evening abisheka pooja & Urchavar temple pradhakshanam is special during Pournami and Chithirai thiruviza (12 days) is the main festival in this temple.

Mettur being close to the transportation hubs of Erode and Salem is well connected to both these cities as well as to Dharmapuri. Bus services operate from Erode & Salem at the most frequency, with bus services once in every 5 minutes. There is short cut for Coimbatore from Dharmapuri via Thoppur, Mettur, Bhavani (can save up to 20 km travel) without reaching Salem by NH47 due to the high volume of traffic between Coimbatore and Salem, especially between Coimbatore and Avinashi on NH47. There is route to Mysuru-Karnataka through Madeswaran Malai(madeswaran Betta) and Kollegal from Mettur.

It has got a Railway Station (in the upper part of Mettur Dam )from where it is connected to salem. There is a daily express train to chennai from Mettur Dam and in the return direction too.

Nearest airport is Salem Airport which has daily flights to Chennai.

Mettur's industrial development has taken a heavy toll on many parts of its farming and fishing communities. However, despite protest from both international groups such as Greenpeace and locals such as West Gonur Farmers' Association or SpeakOut Salem! the local authorities have failed to bring the problems under control.[4]

Recent tests undertaken by Dr Ruth Stringer and Dr Mark Chernaik of ELAW-US (n Oregon-based environmental laboratory) revealed high levels of contamination. From nine samples taken from aroung the plants run by Chemplast and MALCO, the following 17 chemicals were found to be at levels significantly above USEPA 'safe' levels:[5]