Shaykh al-Islām (Arabic: شيخ الإسلام‎‎, Šayḫ al-Islām; Ottoman Turkish: Şeyḫülislām‎) was used in the classifical era as an honorific title for outstanding scholars of the Islamic sciences[1]:399[2] It first emerged in Khurasan towards the end of the 4th Islamic century.[1]:399 In the central and western lands of Islam, it was an informal title given to jurists whose fatwas were particularly influential, while in the east it came to be conferred by rulers to ulama who played various official roles but were not generally muftis. Sometimes, as in the case of Ibn Taymiyya, the use of the title was subject of controversy. Later it became a prestigious position in the Ottoman Empire which governed religious affairs of Muslims.[1]:400 Modern times have seen this function carried out by Grand Muftis appointed or elected in a variety of ways.[2]

Like other honorific titles starting with the word shaykh, the term shaykh al-islam was reserved in the classifical era for ulama and mystics. It first appeared in Khurasan in the 4th/10th century.[1]:399 In major cities of Khurasan it seems to have had more specific connotations, since only one person held the title at a given time and place. Holders of the title in Khurasan were among the most influential ulama, but there is no evidence that they delivered fatwas. Under the Ilkhans, the Delhi Sultanate and the Timurids the title was conferred, often by the ruler, to high-ranking ulama who performed various functions but were not generally muftis.[1]:400

In Syria and Egypt the title was given to influential jurists and had an honorific rather than official role. By 700/1300 in central and western lands of Islam the term became associated with giving of fatwas. Ibn Taymiyya was given the title by his supporters but his adversaries contested this use.[1]:400 For example, the Hanafi scholar 'Ala' al-Din al-Bukhari issued a fatwa stating that anyone who called Ibn Taymiyya "Shaykh al-Islam" had committed disbelief (kufr).[3][4] There is disagreement on whether the title was honorific or designated a local mufti in Seljuq and early Ottoman Anatolia.[1]:400

The following Islamic scholars were given the title "Shaykh al-Islam":

In the Ottoman Empire 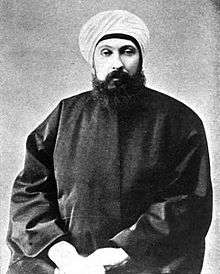 The office of Shaykh al-Islam was abolished in 1924, at the same time as the Ottoman Caliphate. After the National Assembly of Turkey was established in 1920, this office was in the Shar’iyya wa Awqaf Ministry until 1924, when the Ministry was abolished due to separation of religion from state, the office was replaced by the Presidency of Religious Affairs. As the successor entity to the office of the Sheikh al-Islam, the Presidency of Religious Affairs is the most authoritative entity in Turkey in relation to Sunni Islam.

Further information: List of Sheikh-ul-Islams of the Ottoman Empire