Founded in 1896, it is one of the oldest still-active parties in Argentina, alongside the Radical Civic Union. It counts with a small representation in the National Congress, and is in opposition to the current government led by President Mauricio Macri.

The history of socialism in Argentina began in the 1890s, when a group of people, notably Juan B. Justo, expressed the need for a greater social focus. The PS itself was founded in 1896, led by Justo and Nicolás Repetto, thus becoming the first mass party in the country. The party affiliated itself with the Second International.[5] Between 1924 and 1940 it was a member of the Labour and Socialist International.[6] 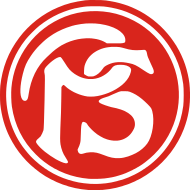 Among the socialist leaders of Argentina, the most remarkable are Alfredo Palacios, who was the first socialist parliamentarian in the Americas (1904) and a Senator in the 1960s; Juan B. Justo, doctor, philosopher, writer and leader of the party until his death in 1928; Alicia Moreau de Justo, (1895–1986), Justo's wife, who was for years the editor of the Socialist newspaper La Vanguardia; Guillermo Estévez Boero, founder of the Popular Socialist Party; and Alfredo Bravo, a teacher, unionist, human rights militant and respected legislator in the last two decades of the 20th century (died 2003).

The Socialist Party of Argentina maintains an electoral stronghold in the province of Santa Fe, and particularly in Rosario, where mayors have been socialists since 1989. Former two-term mayor Hermes Binner slowly became acknowledged as a reference character for the party. In the 2005 parliamentary elections a Socialist-Radical alliance led by Binner won 5 seats in the national Lower House, and in the elections of 2007 Binner, leading a broad, centre-leftist political coalition (the Progressive, Civic and Social Front), became the first Socialist to be elected governor of an Argentine province.[7]

In the 2011 General Elections, Binner was the Socialist candidate and achieved 2nd place with 16.8% of votes.[8] Despite this number being well below the 54.1% achieved by Peronist leader Cristina Fernández de Kirchner, the Socialist Party considered the results of the election as significant and a sign of renewed interest by a sector of the population.[9] In May 2012, Binner became the Socialist Party's president.[10]

For the 2015 general election, the PS entered in coalition with other centre-left and left-wing parties to form the Progresistas (Progressives) front, which endorsed Margarita Stolbizer for the presidency. Stolbizer landed 4th in the election with just over 2.5% of the vote, failing to pass the threshold for the run-off. During the same elections, Socialist Miguel Lifschitz was elected Governor of Santa Fe, succeeding Antonio Bonfatti (also of the PS).

In April 2016, Bonfatti was chosen to succeed Binner as national president of the party.[1]