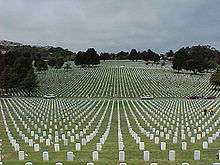 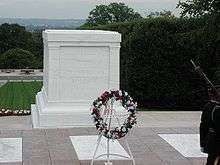 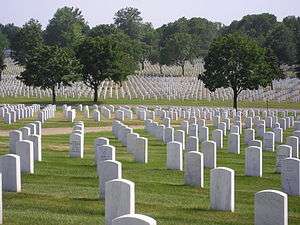 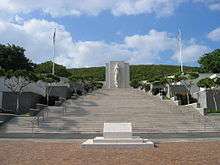 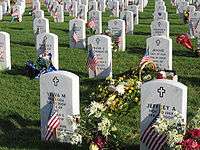 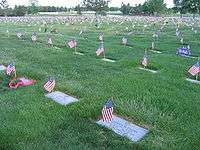 Flags flying at Fort Logan National Cemetery during Memorial Day 2006. The cemetery has flat markers, a practice which is used extensively in the new fields at this cemetery. 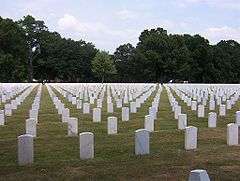 The American Battle Monuments Commission, an independent agency, maintains 24 American military cemeteries and other memorials outside of the United States.

Final military honors are provided for qualified veterans by several volunteer details known as a Memorial Honor Detail (MHD) upon request of family members through their choice of mortuaries handling the deceased's remains.