The Yale School of Management (also known as Yale SOM) is the graduate business school of Yale University and is located on Whitney Avenue in New Haven, Connecticut, United States. The School awards the Master of Business Administration (MBA), MBA for Executives (EMBA), Master of Advanced Management (MAM), and Ph.D. degrees, as well as joint degrees with nine other graduate programs at Yale University. As of August 2015, 668 students were enrolled in its MBA program, 114 in the EMBA program, 63 in the MAM program, and 51 in the PhD program; 122 students were pursuing joint degrees.[4] Beginning in the 2017-2018 school year, the school will launch a one-year Master of Management Studies degree in Systemic Risk.[5] The School has 86 full-time faculty members, and the dean is Edward A. Snyder.

Beginning in the 1950s, Yale University started to expand coursework offerings in business and organization management. In 1971, Yale University received a donation establishing a program in management from Frederick W. Beinecke, PhB 1909. Two years later, the Yale Corporation approved the establishment of a School of Organization and Management. Arriving in 1976, the first class of the two-year program that awarded a master's degree in public and private management (MPPM) attended the campus on Hillhouse Avenue.[7]

Historically known for its strength in studies regarding nonprofits and the public sector, the school's focus began to evolve and changed its name to the Yale School of Management in 1994.[8] Shortly thereafter in 1999, the School began offering a master of business (MBA) degree and discontinued the MPPM degree.[9]

Steinbach Hall, a mansion formerly used by the school on Hillhouse Avenue

Yale SOM launched an executive MBA program for healthcare professionals in 2005, and in 2006 it introduced its mandatory, team-taught "Integrated Curriculum" for all MBA students.[10]

Concurrently in 2012, SOM launched the Global Network for Advanced Management (GNAM) and the Master of Advanced Management (MAM) program, a one-year program in advanced leadership and management courses, open to students who have earned or are earning an MBA or equivalent degree from GNAM member schools.[11]

In 2014, Yale SOM enrolled its first class of students in an expanded MBA for Executives program, offering the Yale MBA integrated core along with advanced study in asset management, healthcare, or sustainability. That same year in January, SOM's new building, Edward P. Evans Hall, opened at 165 Whitney Avenue, one block away from the old campus on Hillhouse Avenue.[12]

Edward P. Evans Hall, a 249,743-square-foot building named after the Yale alumnus who donated $50 million to the school, is the new home for Yale School of Management as of January 2014.[13] The building, capturing the retro-futuristic bimorphic architectural spirit, is located at the northern end of the Yale University campus at 165 Whitney Avenue on 4.25 acres and cost a reported $189 million.[14][15]

An inaugural conference entitled "Business + Society: Leadership in an Increasingly Complex World" marked the opening of the new campus. The three-day conference examined major trends transforming markets and organizations around the world.[16]

MAM students participate in a required series of courses and discussions oriented around major trends in global business and the role of business leaders, and customize their experience by choosing electives from throughout Yale University.

The MAM class of 2016 is composed of 63 students from 34 countries and 20 Global Network for Advanced Management schools and is 38% women.[18]

For the 2006–2007 academic year, the School introduced its Integrated Curriculum, an effort to move away from the typical "siloed" teaching approach to a more integrated perspective.[28] This new curriculum was designed with two primary components: foundational classes in a program called "Orientation to Management" and a set of classes called "Organizational Perspectives" that incorporate many aspects of traditional business classes into multi-disciplinary topics.[29][30]

The Orientation to Management is the first segment of the curriculum, which introduces students to core concepts and business skills. The constituent courses include Managing Groups and Teams, Global Virtual Teams, Basics of Accounting, Probability Modeling and Statistics, Basics of Economics, Modeling Managerial Decisions, and Introduction to Negotiation.[31]

MBA Candidates are able to take electives courses at the School of Management during their second semester of their first year and all throughout their second year.[35] These electives include traditional instruction as well as independent reading and research with professors and instructors.[36]

SOM students are also permitted to enroll in the 1000+ classes offered by other graduate and professional schools and at Yale University including the Yale Graduate School of Arts and Sciences, Yale Law School, Yale School of Public Health, and undergrad classes at Yale College.[37]

MBA candidates are required to complete a Global Studies Requirement prior to graduation. This requirement can be fulfilled a number of ways including an International Experience Course, a Global Network Week, a Global Network Course, The Global Social Entrepreneurship Course, the Global Social Enterprise Course, or a term-long international exchange with a partner school.[38]

The MBA for Executives at SOM during the 2015–2016 academic year includes 63 students, 41% of whom are women.[39] Graduates of the MBA for Executives program go through the full integrated core curriculum. They also take advanced management courses as well as colloquia and advanced courses in one of three areas of focus: healthcare, asset management, or sustainability.[40]

Admission requirements for the MBA include an earned four-year bachelor's degree from an accredited U.S. institution or the international equivalent, completion of an online application form and essay, GMAT or GRE score, academic transcripts, two professional recommendations, and completion of video questions. The application process has three rounds.[41]

[45] [46] International Students is a metric of "Intentional Passport Holders"

Graduates who meet income eligibility requirements and who work full-time for government or nonprofit organizations can receive full or partial loan reimbursement for their annual debt repayment on need-based loans.[52] While there are other programs that offer direct MBA admissions to college seniors too, the Yale Silver Scholars is unique in offering a mid-program internship. [53]

Students at the School, like all Yale University students and alumni, are called "Yalies" or "Elis" after Elihu Yale; they are also known as "SOMers." They operate more than 40 MBA student clubs.[54] There are career-oriented clubs such as Finance, Private Equity, Investment Management, Technology, Marketing, and Consulting.[55] There are clinic-type clubs, such as Global Social Enterprise and Outreach Nonprofit Consulting, through which students complete pro bono consulting engagements with local and international non-profits.[56] There are also athletic clubs including soccer, frisbee, crew, skiing, and squash. SOM participates in the coed MBA ice hockey tournaments during winter months.[57] The Yale SOM Cup soccer tournament is held in October and attracts clubs from numerous top business schools. Each November, many students attend the Harvard-Yale football game (known as "The Game"), the location of which alternates each year between New Haven and Cambridge. Yale MBA students, like other members of the Yale graduate student community, frequent Gryphon’s Pub, the bar owned and operated by GPSCY (Graduate and Professional Students Center at Yale).[58]

The graduating MAM, MBA, and Executive MBA classes of 2016 all had a 100% contribution rate towards their class gifts prior to commencement.[61]

The doctoral program at Yale SOM is a full-time, in-residence program intended for students who plan scholarly careers involving research and teaching in management.[62] There are five major tracks for PhD students follow at SOM: Accounting, Finance, Marketing, Operations, and Organizations and Management.[63]

The program is designed to be completed in four or five years.[64] The curriculum for the first two years of PhD candidates is composed of 14 courses .[65] The program is small and admits only a few highly qualified students each year; there are currently 51 doctoral candidates in the program.[66]

The school offers a Global Pre-MBA Leadership Program that introduces recent college undergraduates from cultural backgrounds that are under-represented in graduate management education to the benefits of an MBA degree.[67]

A new degree, the Masters of Management Studies in Systemic Risk will be issued during the 2017-2018 school year.[68] The program will focus on finance and regulatory studies, with students being nominated by their parent financial and regulatory institutions for admission into the program.[69]

The School is home to the following research centers and programs:

The School's endowment fund was valued at US $743 million in 2016, which is the sixth largest endowment of any US business school and third highest endowment per student.[80][81] Yale University endowment fund manager David Swensen has generated exceptional investment returns over the past two decades.[82] 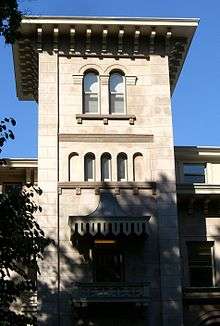