This article is about the corporation. For the television network and original channel, see Al Jazeera.

Al Jazeera Media Network (AJMN) is a Middle Eastern multinational multimedia conglomerate, and is the parent company of Al Jazeera and its related networks. The chairman is Sheikh Hamad bin Thamer Al Thani.[1][2] The acting director general is Dr. Mostefa Souag. The network's news operation currently has a total of 70 bureaux around the world that are shared between the network's channels and operations, the second largest amount of bureaux of any media company in the world after the BBC.

The original Al Jazeera Satellite Channel (then called JSC or Jazeera Satellite Channel) was launched on 1 November 1996 following the closure of the first BBC Arabic language television station, then a joint venture with Orbit Communications Company, owned by Saudi King Fahd's cousin, Khalid bin Faisal Al Saud. The BBC channel had closed after a year and a half when the Saudi government attempted to thwart a documentary pertaining to executions under sharia law.[3]

The Emir of Qatar, Sheikh Hamad bin Khalifa, provided a loan of QAR 500 million ($137 million) to sustain Al Jazeera through its first five years, as Hugh Miles detailed in his book Al Jazeera: The Inside Story of the Arab News Channel That Is Challenging the West.

Al Jazeera's first day on the air was 1 November 1996. It offered 6-hours of programming per day; this would increase to 12-hours by the end of 1997. It was broadcast to the immediate neighborhood as a terrestrial signal, and on cable, as well as through satellites (which was also free to users in the Arab world). 1 January 1999 was Al Jazeera's first day of 24-hour broadcasting.[4] Employment had more than tripled in one year to 500 employees, and the agency had bureaux at a dozen sites as far as EU and Russia. Its annual budget was estimated at about $25 million at the time. 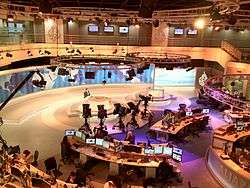 In 2003, Al Jazeera hired its first English-language journalists, among whom was Afshin Rattansi,[5] from the BBC's Today Programme.

In March 2003, it launched an English-language website.[6] (see below)

On 4 July 2005 Al Jazeera officially announced plans to launch a new English-language satellite service to be called Al Jazeera International.[7] The new channel started at 12h GMT on 15 November 2006 under the name Al Jazeera English and has broadcast centers in Doha (next to the original Al Jazeera headquarters and broadcast center), London, Kuala Lumpur and Washington D.C. The channel is a 24-hour, 7-days-a-week news channel, with 12 hours broadcast from Doha, and four hours each from London, Kuala Lumpur, and Washington D.C. Among its staff were journalists hired from ABC's Nightline and other top news outfits. Josh Rushing,[8] a former media handler for CENTCOM during the Iraq war, agreed to provide commentary; David Frost was also on board.[9][10] In an interesting technical feat, the broadcast of the new operation was handed off between bases in Doha, London, Washington, D.C., and Kuala Lumpur on a daily cycle.

The new English language venture faced considerable regulatory and commercial hurdles in the North America market for its perceived sympathy with extremist causes.[11][12][13] At the same time, others felt Al Jazeera's competitive advantage lay in programming in the Arabic language. There were hundreds of millions of potential viewers among the non-Arabic language speaking Muslims in Europe and Asia, however, and many others who might be interested in seeing news from the Middle East read by local voices. If the venture panned out, it would extend the influence of Al Jazeera, and tiny Qatar, beyond even what had been achieved in the station's first decade. In an interesting twist of fate, the BBC World Service was preparing to launch its own Arabic language station in 2007. 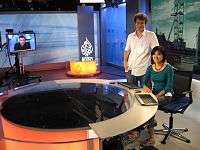 Al Jazeera America was an American version of Al Jazeera English. The channel launched on 20 August 2013 exclusively on cable and satellite systems in the United States.

On 2 January 2013, Al Jazeera Media Network announced that it purchased Current TV in the United States and would be launching an American news channel. Originally 60% of the channel's programming would be produced in America while 40% would be from Al Jazeera English, that has since changed to almost all the content being U.S. originated.

In a news release, Al Jazeera Director General Ahmed bin Jassim Al Thani said, "By acquiring Current TV, Al Jazeera will significantly expand our existing distribution footprint in the U.S., as well as increase our newsgathering and reporting efforts in America ... We look forward to working together with our new cable and satellite partners to serve our new audiences across the U.S." The channel provided mainly domestic but also international news for an American audience.

Though Current TV had large distribution throughout the United States on cable and satellite TV, it averaged only 28,000 viewers at any time.[15] The acquisition of Current TV by Al Jazeera allowed Time Warner Cable to drop the network due to its low ratings, but released a statement saying that they would consider carrying the channel after they evaluated whether it made sense for their customers.[16][17][18][19][20][21] The channel was later added to Time Warner and Bright House Networks lineups after a new carriage deal was agreed upon.

In 2004 Al Jazeera expanded into the world of sports with the establishment of Al Jazeera Sports (now known as beIN Sports) and the building of 8 Arabic language specialty sports channels.

On 1 January 2014, Al Jazeera Sports was renamed beIN Sports after its acquisition of beIN Media Group the channels were legally spun off and to have consistency with all the Network's sports properties. According to Kate O'Brian, President of Al Jazeera America, beIN sports revenue helps fund the network. 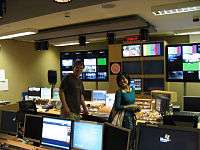 Al Jazeera restructured its operations to form a network that contains all their different channels. Wadah Khanfar, then the managing director of the Arabic Channel, was appointed as the Director General of the Al Jazeera Network. He also acted as the Managing Director of the Arabic channel. Khanfar resigned on 20 September 2011, proclaiming that he had achieved his original goals, and that eight years was enough time for any leader of an organization, in an interview aired on Aljazeera English.

In 2011, in accordance with the renaming of the corporation, AJMN was legally re-designated from a "public institution to a 'private institution of public utility'"; however, it was unknown how this would affect editorial management and funding.[24][25]

The network is also funded though its television contracts and revenue from its sports division. 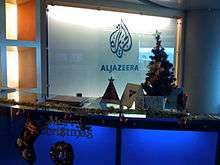 Al Jazeera Media Network also has a digital online only news channel AJ+. The channel is an online and mobile only news channel primarily on its mobile app and YouTube operated by Al Jazeera New Media out of San Francisco, California. The channel consists of mostly On Demand content. It soft launched on 13 June 2014 with a new webpage, Facebook page and videos on YouTube, the full channel launched with an app in September 2014. There are also Arabic and Spanish language versions of the channel.

Al Jazeera Media Network owns and operates the Al Jazeera Center for Studies . Established in 2006, the Al Jazeera Center for Studies conducts in-depth analysis of current affairs at both regional and global levels. Its research agenda focuses primarily on geo-politics and strategic developments in the Arab world and surrounding regions.[27] The center with an extensive network of distinguished researchers, and a wide range array of experts from across the globe, the center aims to promote dialogue and build bridges of mutual understanding and cooperation between cultures, civilizations, and religions.

The Al Jazeera International Documentary Film Festival is an annual film festival held at the Doha Sheraton in Doha, Qatar. The first festival was held on 18 April 2005. Every year the festival has a different theme. The vision of the festival is to make the festival an invitation…. to introduce different cultures from all over the world, foster better relationships through an exchange of experiences and knowledge thus creating a foundation of respect and understanding. Al Jazeera seeks to make the festival become a place where filmmakers from different countries and cultures meet to create a unique platform that celebrates creative talent and encourages a cultural interest in documentary films.

The festival endeavors to promote creative talent from all over the world and in this way, leave behind a unique stamp of originality and professionalism.[28]

Al Jazeera Media Network sued AT&T in 2013 for refusing to carry its America channel, claiming this was in violation of their contract.[29] The two sides later settled in 2014 leading to the channel being added on AT&T's U-Verse systems.