The club was founded in 1958 soon after Morocco had gained their independence, and is one of the most famous football clubs in Morocco. ASFAR stands for French: Association Sportive des Forces Armées Royales, roughly translated to mean Sports Association the Royal Armed Forces. Founded the late Moroccan monarch King Hassan II. AS FAR is the most Successful team in Morocco with 29 titles in total and is also the most popular team in Morocco because of their numerous fans inside and outside the country.

Prince Moulay Abdellah Stadium (Arabic: مركب الأمير مولاي عبد الله‎‎) is a multi-purpose stadium in Rabat, Morocco. It is named after Prince Moulay Abdellah of Morocco. It was built in 1983 and is the home ground of ASFAR. It is currently used mostly for football matches and it can also stage athletics. The stadium holds 52,000. Since 2008 it is host of the Meeting International Mohammed VI d'Athlétisme de Rabat. It was a confirmed venue for the 2015 Africa Cup of Nations until Morocco was stripped of its hosting rights. It was also a venue for the 2014 FIFA Club World Cup.

Sports Center of the ASFAR

Maamora sports centre is based in the city of Salé, glued to the town of Rabat. This is the sports centre of the club of ASFAR and the Moroccan national football team.

It has an area of 40 hectares. This centre has two grass pitches, a synthetic for football, and two with artificial grass, a swimming Hall, built in the form of tent caidale all-wood, two Olympic swimming pools, a gym equipped with the most sophisticated equipment, three Tennis courts, a fight for the boxing room and gym.

Within this centre, there are also medical service composed of a physiotherapy room, a balneotherapy room and a room of electrotherapy without forgetting a dental surgery practice. This service is provided by five sports doctors including a woman and a dental surgeon. 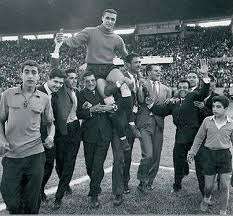 Lieutenant Hosni Benslimane, goalkeeper of ASFAR worn by his teammates after the final of the Coupe du Trône 1959.

* The club has made a year after having been suspended by the Moroccan federation. Because when the season that preceded, the club had lost a match by 3–0 against the MAS and players had beaten the referee at the end of the meeting. During this year, the team had played tournaments and friendlies. 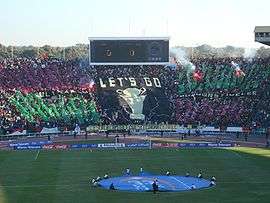 International partnerships for the Club

Mohammed V Trophy: Royal Army team had the privilege of participating in the first version of Mohammed V international Cup 1962 after won the League title for the same year and followed the Club shares that it became the Club most involved with this cup with 8 posts after winning the League in those years, and he is buffeted by stronger world clubs Cup final came in then, and on two occasions but was not lucky enough to win the years 1967 and 1970 and was able to record 20 goals through 16 games, this Details of this leader games trophy against stronger clubs: 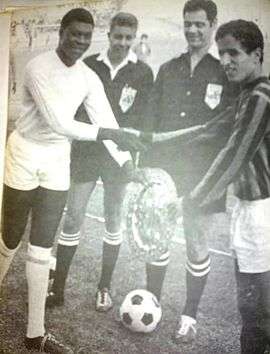 Pierre Kalala and Driss Bamous during the return of the 1968 African Champions Cup semi-final, against the AS FAR, in January 1969 TP Englebert in Casablanca

As of 20 April 2016. Note: Flags indicate national team as defined under FIFA eligibility rules. Players may hold more than one non-FIFA nationality. 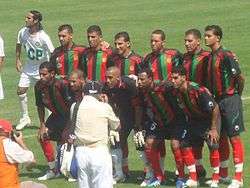 In recent years, the ultras supporters groups such as Ultras Askary 2005 and Black Army 2006 have grown. According to magazine World Ultra, the club's supporters made the best sixth trip to the world in the city of Fez during the month of November 2007. It is a monthly chart that ranks the best movement of each month. Public askary had a displacement of 10.231 supporters behind the movements of other clubs such as: Boca Juniors (1), Inter Milan (2nd), (4th) Olympiakos, Olympique de Marseille (3rd), Paris Saint-Germain (5th).

There are several other sporting branches in the Club including: basketball, athletics, handball, boxing, volleyball, taekwondo, wrestling and armorial, aerobics and gymnastics and swimming and other sports. These sports besides football professionally and the results of the Club in those prestigious results are sports and distinct local and continental levels.