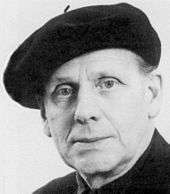 A traditional Basque-style beret (with headband folded in) 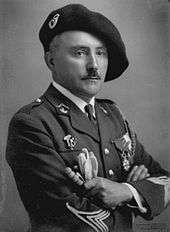 Military use of the beret (Commandant Soutiras, Officer of the French Chasseurs alpins)

Mass production began in 19th century France and Spain, countries with which it remains associated. Berets are worn as part of the uniform of many military and police units worldwide, as well as by other organisations.[4]

Archaeology and art history indicate that headgear similar to the modern beret has been worn since the Bronze Age across Northern Europe and as far south as ancient Crete and Italy, where it was worn by the Minoans, Etruscans and Romans. Such headgear has been popular among the nobility and artists across Europe throughout modern history.[3]

The Basque style beret was the traditional headgear of Aragonese and Navarrian shepherds from the Ansó and Roncal valleys of the Pyrenees,[5] a mountain range that divides Southern France from northern Spain. The commercial production of Basque-style berets began in the 17th century in the Oloron-Sainte-Marie area of Southern France. Originally a local craft, beret-making became industrialised in the 19th century. The first factory, Beatex-Laulhere, claims production records dating back to 1810. By the 1920s, berets were associated with the working classes in a part of France and Spain and by 1928 more than 20 French factories and some Spanish and Italian factories produced millions of berets.[3]

In Western fashion, men and women have worn the beret since the 1920s as sportswear and later as a fashion statement.

Military berets were first adopted by the French Chasseurs Alpins in 1889. After seeing these during the First World War, British General Hugh Elles proposed the beret for use by the newly formed Royal Tank Regiment, which needed headgear that would stay on while climbing in and out of the small hatches of tanks. They were approved for use by King George V in 1924.[6] The black RTR beret was made famous by Field Marshal Montgomery in the Second World War.[3]

The beret fits snugly around the head, and can be "shaped" in a variety of ways – in the Americas it is commonly worn pushed to one side. In Central and South America, local custom usually prescribes the manner of wearing the beret; there is no universal rule and older gentlemen usually wear it squared on the head, jutting forward. It can be worn by both men and women.

Military uniform berets feature a headband or sweatband attached to the wool, made either from leather, silk or cotton ribbon, sometimes with a drawstring allowing the wearer to tighten the hat. The drawstrings are, according to custom, either tied and cut off or tucked in or else left to dangle. The beret is often adorned with a cap badge, either in cloth or metal. Some berets have a piece of buckram or other stiffener in the position where the badge is intended to be worn.

Berets are not usually lined, but many are partially lined with silk or satin. In military berets, the headband is worn on the outside; military berets often have external sweatbands of leather, pleather or ribbon. The traditional beret (also worn by selected military units, such as the Belgian Chasseurs Ardennais or the French Chasseurs Alpins), usually has the "sweatband" folded inwardly. In such a case, these berets have only an additional inch or so of the same woollen material designed to be folded inwardly.

Newer beret styles made of Polar fleece are also popular. 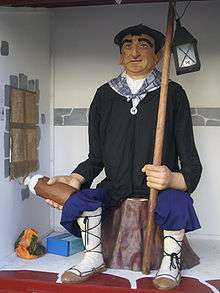 Berets came to be popularised across Europe and other parts of the world as typical Basque headgear, as reflected in their name in several languages (e.g. béret basque in French; Baskenmütze in German; Basco in Italian; or baskeri in Finnish), while the Basques themselves use the words txapela or boneta. They are very popular and common in the Basque Country. The colours adopted for folk costumes varied by region and purpose: black and blue are worn more frequently than red and white, which are usually used at local festivities. The people of Aragon adopted red berets while the black beret became the common headgear of workers in France and Spain.[3]

A big commemorative black beret is the usual trophy in sport or bertso competitions, including Basque rural sports, the Basque portions of the Tour de France, and the Vuelta Ciclista al Pais Vasco. It may bear sewn ornamental references to the achievement or contest. 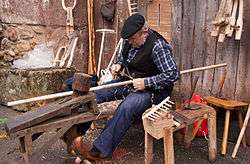 The black beret was once considered the national cap of France in Anglo-Saxon countries and is part of the stereotypical image of the Onion Johnny. It is no longer as widely worn as it once was, but it remains a strong sign of local identity in the southwest of France. When French people want to picture themselves as "the typical average Frenchman" in France or in a foreign country, they often use this stereotype from Anglo-Saxon countries.[7] There are today, three manufacturers in France. Laulhère (who acquired the formerly oldest manufacturer, Blancq-Olibet, in February 2014 [8]) has been making bérets since 1840. Boneteria Auloronesa is a small artisan French beret manufacturer in the Béarnaise town of Oloron Sainte Marie,[9] and Le Béret Français is another artisan béret maker in the Béarnaise village of Laàs.[10] The beret still remains a strong symbol of the unique identity of southwestern France and is worn while celebrating traditional events.

In Spain, depending upon the region, the beret is usually known as the boina. They were once common men's headwear across the cooler north of the country, in regions of Aragon, Navarre, the Basque Country, Cantabria, Asturias and Galicia and nearby areas. 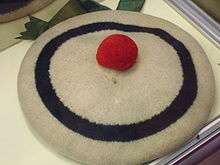 The traditional bonnet of the Kilwinning Archers of Scotland

There are several Scottish variants of the beret, notably the Scottish bonnet or Bluebonnet[11] (originally bonaid in Gaelic), whose ribbon cockade and feathers identify the wearer’s clan and rank. It's considered a symbol of Scottish patriotism. Other Scottish types include the tam-o'-shanter (named by Robert Burns after a character in one of his poems) and the striped Kilmarnock cap, both of which feature a large pompom in the centre.[3] 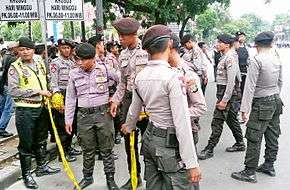 The beret's practicality has long made it an item of military and other uniform clothing. Among a few well known historic examples are the Scottish soldiers, who wore the blue bonnet in the 17th and 18th centuries, the Volontaires Cantabres, a French force raised in the Basque country in the 1740s to the 1760s, who also wore a blue beret, and the Carlist rebels, with their red berets, in 1830s Spain. In World War Two, British officer Bernard Montgomery ("Monty") took to wearing a black beret given to him by a corporal, and it became his trademark.[12] In the 1950s the U.S. Army's newly conceived Special Forces units began to wear a green beret as headgear, following the custom of the British Royal Marines, which was officially adopted in 1961 with such units becoming known as the "Green Berets", and additional specialised forces in the Army, U.S. Air Force and other services also adopted berets as distinctive headgear.

Police and Paramilitary forces of some countries also wear the Beret as their uniform headgear.

In fashion and culture 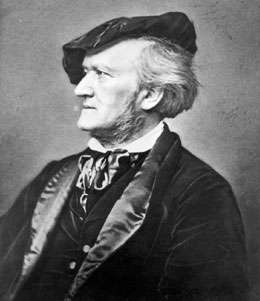 Photograph of Richard Wagner in his beret

The beret is part of the long-standing stereotype of the intellectual, film director, artist, "hipster", poet, bohemian and beatnik. The painter Rembrandt and the composer Richard Wagner, among others, wore berets.[13] In the United States and Britain, the middle of the 20th century saw an explosion of berets in women's fashion. In the latter part of the 20th century, the beret was adopted by the Chinese both as a fashion statement and for its political undertones. Berets were also worn by bebop and jazz musicians like Dizzy Gillespie, Gene Krupa, Wardell Gray and Thelonious Monk.

As a revolutionary symbol 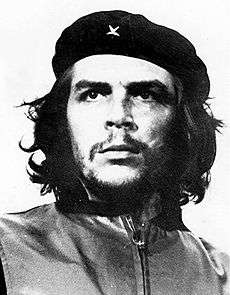 Guerrillero Heroico, one of the most famous photographs of the Argentine revolutionary Che Guevara, shows him wearing a black beret with a brass star.

In the 1960s several activist groups adopted the black beret. These include the Provisional Irish Republican Army (PIRA), the ETA guerrillas (who wore black berets over hoods in public appearances), the Black Panther Party of the United States, formed in 1966,[14] and the "Black Beret Cadre" (a similar Black Power organisation in Bermuda).[15] In addition, the Brown Berets were a Chicano organisation formed in 1967. The Young Lords Party, a Latino revolutionary organisation in the United States in the 1960s and 1970s, also wore berets, as did the Guardian Angels unarmed anti-crime citizen patrol units originated by Curtis Sliwa in New York City in the 1970s to patrol the streets and subways to discourage crime (red berets and matching shirts). 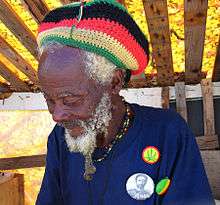 Adherents of the Rastafari movement often wear a very large knitted or crocheted black beret with red, gold and green circles atop their dreadlocks. The style is often erroneously called a kufi, after the skullcap known as kufune. They consider the beret and dreadlocks to be symbols of the biblical covenant of God with his chosen people, the "black Israelites".[3]